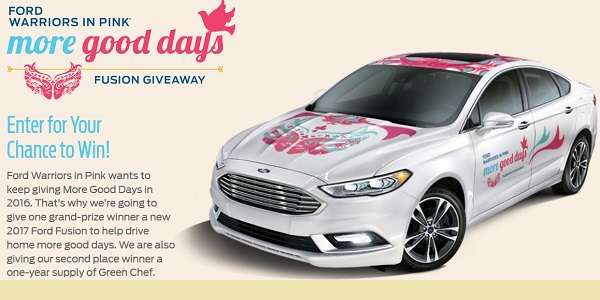 How auto companies are joining the fight against breast cancer

October is “Breast Cancer Awareness Month” and more companies are getting involved with raising money to fight the disease that strikes 1 out of every 8 women,in their lifetime. Breast cancer also affects men, some physically, but especially because every person has a mother, perhaps, a sister or a wife.
Advertisement

Most recent studies show that women buy half of all cars and affect approximately 80 % of all car purchases. It is smart business to reach customers through such an emotional topic. This year, Volkswagen is getting involved by auctioning off its first limited edition hot 2017 #PinkBeetle. VW teamed up with breast cancer survivor Giuliana Rancic’s Fab-U-Wish and the Pink Agenda for the auction. Fab-U-Wish will use the money raised to grant wishes for breast cancer patients.

Vinay Shahani, a senior vice president of Volkswagen of America, says in a statement “Volkswagen is committed to being an active member of the communities where we sell and service products; we hope that auctioning the #PinkBeetle will not only raise awareness for the cause, but also provide much needed funds to help find a cure.”

The 2017 #PinkBeetle will hit dealer showrooms in October. Technically, the color is called ‘Fresh Fuchsia’ the first factory-offered shade of pink in the Beetle’s history, and yes, its name includes that annoying hashtag.

Ford has been dedicated to raising money in the breast cancer fight for many years now. It has its own group called “Warriors in Pink” and is active throughout the year, raising money and helping patients through its “More Good Days” campaign. This year, the automaker is running a sweepstakes, giving away a 2017 Ford Fusion. The contest is also offering a second prize of free organic meals for a year through Green Chef. Green Chef is the first USDA-certified organic meal kit delivery service.

This summer, Warriors in Pink also surprised cancer patients with money and gifts to help make their lives a little easier. Ford usually lights up its headquarters, the Glass House, in pink to mark breast cancer awareness.

General Motors and Chevrolet haven’t announced their specific plans for this year but they are very active through their “Making Strides Against Breast Cancer” campaign. Chevrolet typically raises money by sponsoring test drives. Several of their dealers throughout the country are holding special fundraising events during October with money being donated to fight cancer. General Motors also typically lights up the top of its headquarters at the Renaissance Center, in pink, to mark awareness for the fight against cancer.