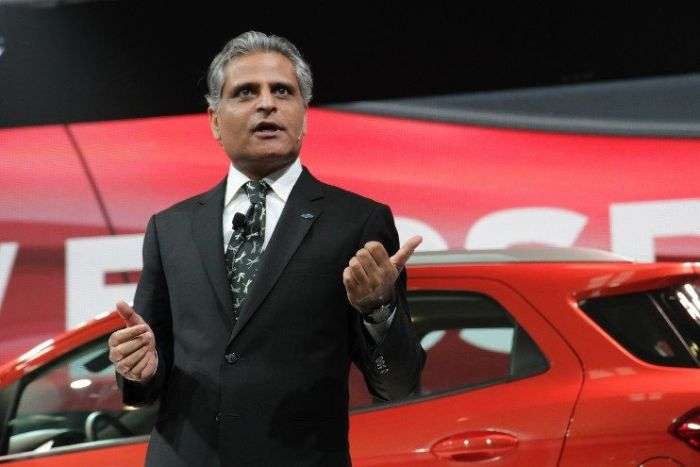 Ford Motor has promoted Kumar Galhotra to the position of group vice president and president, Ford North America, after the former North America president Raj Nair was forced out for "inappropriate behavior." Galhotra most recently led Lincoln and was head of marketing at the company.
Advertisement

Ford is announcing that several executives are shifting positions in the wake of a management shake-up. 52-year-old Kumar Galhotra is taking over as group vice president and president of Ford North America. Galhotra replaces Raj Nair, who was forced out earlier this week for “inappropriate behavior.”

At this point Ford is not saying what the inappropriate behavior was, but Nair issued a statement confirming his departure admitting wrong-doing. Nair said, “I sincerely regret that there have been instances where I have not exhibited leadership behaviors consistent with the principles that the Company and I have always espoused. I continue to have the utmost faith in the people of Ford Motor Company and wish them continued success in the future.” It is very odd that Nair commented in a statement about his ouster.

Ford said that Nair’s departure came after an internal investigation into reports concerning his behavior. Apparently, someone called into a Ford internal hotline anonymously about Nair and the investigation confirmed the allegations.
In announcing the leadership changes, Ford President and CEO Jim Hackett said Ford is “very fortunate to have an experienced and committed executive team in place driving every day to significantly strengthen our business while building toward our vision of becoming the world’s most trusted mobility company, designing smart vehicles for a smart world.”

Most recently, Galhotra, a 29-year veteran of the company, has been running Lincoln Motor Company. Galhotra is credited with reviving the struggling Lincoln brand. Galhotra recently accepted the trophy when the Lincoln Navigator was selected as the North American Truck of the Year at the North American International Auto Show in Detroit in January. Galhotra has also been serving as the company’s chief marketing officer since last year.

Galhotra will report to Jim Farley, Ford’s president of Global Markets. “Kumar is an incredibly talented executive with a special feel for product and brand. He is also a seasoned leader who knows how to drive a business transformation,” Farley said. “Kumar is the right person to lead our North American business to new levels of operational fitness, product and brand excellence, and profitability.”

LG's New EV Battery Plant Is a Welcome News for Tesla
Tesla Giga Berlin's New Hurdle: It's Not Only the Gov't, but Now Tesla Itself
END_OF_DOCUMENT_TOKEN_TO_BE_REPLACED