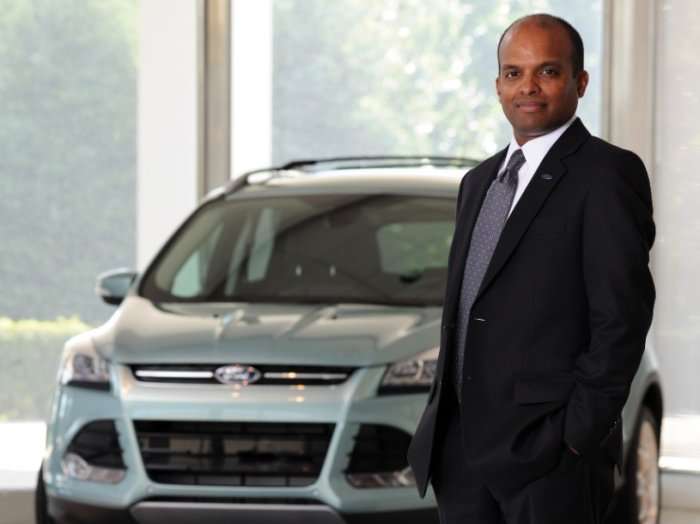 Ford Motor Company announced a little over and hour ago that Raj Nair, Executive Vice President and President of Ford North America, is stepping down immediately due to reports of “inappropriate behavior”. The question in the minds of many Ford employees and automotive industry analysts is who will replace Raj Nair.
Advertisement

Raj Nair was named the President of Ford North America on June 1st, 2017. Today, he has stepped down from his positions with FoMoCo, leaving the company altogether due to reports of inappropriate behavior. Unfortunately, we have no idea what sort of behavior Nair may have engaged in while serving as the head of Ford North America, but after an internal investigation, the company decided that the “review determined certain behavior by Nair was inconsistent with the company’s code of conduct”.

“We made this decision after a thorough review and careful consideration,” said Ford President and CEO Jim Hackett. “Ford is deeply committed to providing and nurturing a safe and respectful culture and we expect our leaders to fully uphold these values.”

The End of a Long Career
This comes as a shock, as Nair has been with the company since 1987, previously serving as the vice president of product development since 2015. When Mark Fields “retired” suddenly last summer – a move which was forced by the automaker – Nair took over the role atop the US branch of Ford Motor Company in the managerial mixup following the change at the top. Unfortunately, he didn’t last a full year and for the second time in less than a year, a high-ranking Ford executive left the company under mysterious circumstances.

Ford has not yet announced who will replace Raj Nair, but it seems unlikely that Ford management made this decision without having someone lined up to take that key role in the company’s corporate structure.

Nair has declined comment, but the statement from Ford Motor Company announcing his departure included an official quote:

“I sincerely regret that there have been instances where I have not exhibited leadership behaviors consistent with the principles that the Company and I have always espoused. I continue to have the utmost faith in the people of Ford Motor Company and wish them continued success in the future.”

That is every bit as vague as the company’s statement on his departure, but it seems likely that in the coming days, we will learn more about what led to Raj Nair stepping down from one of the biggest automotive industry jobs in the world.

What Did He Do?
While there is no indication as to what Raj Nair did that was so severe that he was immediately asked to resign, it seems likely that it was a fairly major event. It has been pointed out on social media that he could have simply violated some basic company rule regarding his company car or his expense reports, but with so many reports of inappropriate behavior signaling interpersonal issues in the workplace, Nair’s behavior may have been far worse than a few too many meals at high-end eateries.

In any case, as more information on this becomes available, you will find it here on TorqueNews.com.