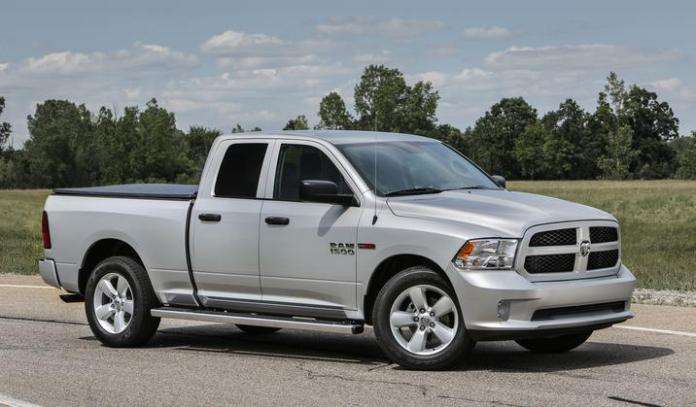 One of the most common complaints about the 2016 Ram 1500 is wind noise. However, it has been very frustrating for drivers to pinpoint where the noise is coming from. Some veteran Ram owners share their solutions for the annoying problem.
Advertisement

Wind noise is one of the most common complaints you hear about the 2016 Ram 1500. Jerome wrote in to a popular forum about his issue. Jerome says, “The truck has a lot of wind noise while driving on the hwy.” Many say that the noise is much worse at higher speeds and frequently sounds like a cross wind whistling through the cab of the truck. There have been several suggested solutions.

There are a number of people that say that you should fold your big tow mirrors while on the highway. Grant, from Arkansas, is one of the owners in this camp. Grant says, “Seems all that have tow mirrors have this problem, it's the extra weight I guess.”

Spark says that it was the dealer that told him about the mirrors and it still didn’t fix the problem. “I’ve had my truck at the dealer twice now, 2016 Laramie. The first time they said they couldn’t hear anything till I had him jump in the truck with me and within seconds he said "Oh now I hear it". They kept the truck for a few days and couldn’t fix it. The second time they said it was the tow mirrors and they couldn’t do anything about it. So annoyed with the sound right at ear level it cost them a sale on a new Hard Rock edition Jeep, not giving them anymore of my money. It may be petty but when I’m in the truck for 10-12 hour drive it just bugs the [email protected]#$ out of me.

Several people suggested that if you aren’t able to fold the mirrors, you should tape up the plastic seams on the mirror where it folds to cut down on an apparent whistling noise.

Several owners say they have had luck with taping up the rubber door seals on the edges of the doors. If the seal doesn’t fit correctly, it can allow a lot of wind noise. One driver said that he stuffed a rolled up shirt into the door to quiet the noise.

This seems to be the answer that has fixed most wind issues on the 2016 Ram 1500. MD explains it this way. “I had wind noise coming from the very front edge of the driver’s side window. Slight pressure on the inside of the window would make the noise go away. Just before a recent 2K mile trip, not wanting to hear that noise for the whole drive, I stopped in the dealer to see if they could find and fix it. After some test drives with various joints taped shut, they diagnosed it as a bad seal where the window seals in the door frame. They ordered the seal and were able to get it installed before my trip. Work order indicated that they had to remove the interior door panel and window to change out the seal. Took about 2 hours on the return visit but they gave me a loaner truck to run some errands while they did the work. No more wind noise.
Part they changed was "Mopar 55112367AF - Seal-Glass Run". Seems it is available on Amazon for $25. Just google the part number for multiple sources.”

Wayne, from Huntsville, Texas, has a similar story. Wayne says, “I had some wind noise in my "16 Lone Star. It ended up being the front window channel on both sides. It was the vertical piece at the front of the windows that is about 7-8 inches tall. The technician took it out and readjusted it and no more noise. A lot of us thought it was caused by the towing mirrors, but ended up being at the windows. Hope this helps.”

It would be great if the recommendations end up solving the problems for all of the 2016 Ram 1500 owners who are upset with the wind noise. It is important to note that there isn't a Technical Service Bulletin on this defect but service departments should be aware of the problem and the fix.

Leroy Heier wrote on October 19, 2017 - 10:40pm Permalink
I have a 2017 dodge ram crew cab Laramie it has wind noise and the door seals and window channel seal has been replaced by dealer but continue to have wind noise and have have driven three other brand new trucks that they have on the lot and other trucks have either more or this wind noise dealer sa dealer has said he has done all he can and also adjusted doors.
Gail wrote on August 27, 2018 - 6:11pm Permalink
I have the same truck and I have the wind noise as well and it's definitely coming from the side view mirror. I took it into the dealership and they had a special leak or wind leak type contractor in upon getting my vehicle back I noticed he just put some black tarry goop in between the body of the vehicle and the base of the mirror mind you it came out in the first car wash I will try putting some back in
Christopher Brito wrote on February 26, 2019 - 1:18am Permalink
I’ve been a water leak and wind noise control business owner here in south Florida for last 17 years.. that tech was spot on pinpointing that wind noise but no where near the area code of that spot on repairing it. More than likely he was a trim tech at the dealer and saw a sublet vendor making good money working for themselves fixing water and wind leaks.. unfortunately that material he tried to repair your mirrors with is buttle, which is a pliable non harding non lubricating filler for bad pinch welds in body shop or seamsealer skips that are in interior of vehicle. Chrysler actually uses that material on a lot of their vehicles, I suppose that’s why the techs also use it. But it’s also why I repair more Jeep Chrysler Rams than any other line..the only consistent wind noise from the mirrors was in the first year Rebels.. very rarely do I repair mirrors themselves.. and a very few occasions the base of the mirror mounting plate isn’t fully compressed in the glass run molding.. funny how so many people do and say to change your door weatherstrips, when all your doing is changing an apple with an apple.. compression people, just build a little compression.. the more common leaks I fix I like to keep close to vest. Don’t buy parts for wind noises unless their missing or ripped.. learn to shim and build compression. And if that doesn’t work you just saved yourself a few hundred dollars in apples.. oh and I almost forgot.. don’t put buttle back in your mirrors, squeeze a substantial amount of dialectic grease under the mirror into the base.. be generous and clean off excessive with rag.. will last a long long time with no mess
wyatt wrote on March 11, 2020 - 8:06pm Permalink
Got a YouTube video or a webpage link for someone to DIY shimming to build compression? Non mechanic here and would love to do this with my ram 1500
Gary wrote on December 4, 2018 - 7:24am Permalink
Just bought 2019 Laramie. The wind noice is terrable. So disappointed Do not buy a ram They tell you it’s operating as designed Shocking
Ernesto Estrada wrote on April 21, 2019 - 3:44pm Permalink
Where you able to pin point the noise on ur truck I have a 19 ram limited and I took it to the dealer 4 times already they replaced the mirrors also they adjust the door so it could make a tight close. I just got it back yesterday they replaced the door seals but I heard it again just a little bit but I hear it a lot when I'm on the open road.
raymond wrote on September 3, 2018 - 12:51pm Permalink
I have a 2019 Ram 1500 Limited. Wind whistle is terrible. I have towing mirrors and sunroof. Can't seem to pin point where it's coming from
Randy wrote on February 2, 2019 - 11:28pm Permalink
Is your wind noise at 65+ miles per hour? Mine seems to be coming from somewhere between the center dash and the passenger dash. It's not a squeak or rattle, it's a definite fluttering wind noise at high speeds. It is compounded by a headwind. The dealer has been unable to rectify the problem, but it's driving me crazy. I even am willing to pay someone to find and fix it. I love the truck with the exception of this issue. If you get any helpful information, please let me know. The dealership here has pretty much given up.
Randy Ivey wrote on October 20, 2018 - 4:47pm Permalink
I have a 2017 Laramie Long Horn and I'm getting a wind noise at 65+ miles per hour. While I've heard noise coming from the driver door, the nuisance noise seems to be coming from the dash area. It's not a squeak or a whistle, but closer to a sporadic hissing noise. Dealer can't pinpoint the problem. Very irritating. For the price these trucks bring, you would think this type of thing could be better controlled. I submitted a complaint to the factory, and when a representative contacted me, I told them the dealer could not resolve my issue. The answer I got was then, "If the dealer has determined they can't do anything, can we just close this ticket?" To which I replied, "No, the reason I submitted the complaint is to get further assistance, not verify the dealer has given up and close the ticket."
Paul White wrote on February 27, 2021 - 3:49pm Permalink
My 2019 does this noise from the center of the dash at 50 and above when there is a cross wind! It's very annoying any fixes available?