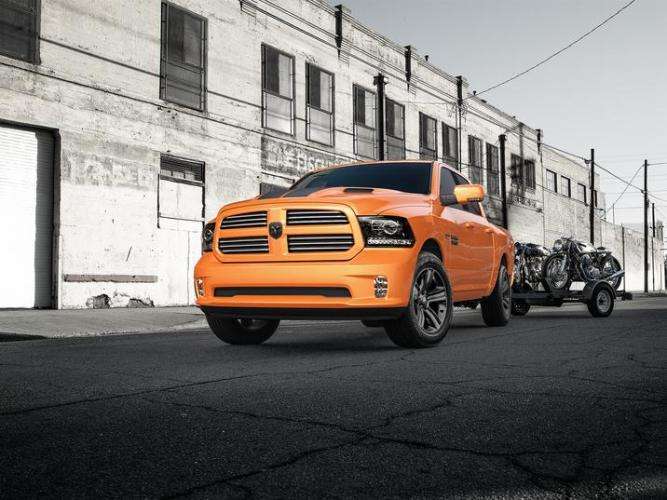 We all know that the automakers vary on what they recommend for fuel for your everyday driver. A 2017 Ram 1500 owner reached out to members of a popular Ram forum to find out what works best in the real world. Hayden from Idaho asks “I just brought the new truck home yesterday. I have a new 2017 RAM 5.7L Hemi on a 2017 1500 Crew Cab with 6'4" bed. When looking through the 2017 User Guide (owner's manual), specifically the Maintaining Your Vehicle > Fluids / Lubricants section, it says for this engine: "89 octane recommended, 87 octane acceptable, 0-15% ethanol". What are you all running? Do you notice a performance difference using 89 vs 87? MPG difference? Any other thoughts?”

Thunder, from North Carolina, was the first to reach out. He apparently isn’t a fan of ethanol. “I found a place nearby that sells ethanol free 89 so I run that. That is more because its ethanol free than because its 89 though.” Thunder goes on to explain that the higher octane doesn’t necessarily help because the trucks aren’t programmed to make the best use of it. “Your truck can't detect fuel octane, all it can do is vary timing somewhat. It cannot advance timing enough to take advantage of any octane higher than 89. Octane is a measure of resistance to detonation so higher octane fuel actually has less energy in a given quantity. If your engine cannot advance timing far enough to take advantage of higher octane, or does not have a high enough compression ratio to need it you are wasting money on fuel that will get you worse mileage and may leave more deposits in your engine.”

Paramedic, from Pennsylvania, writes, “I always run 89 and occasionally throw a tank of 93 in there (Sunoco). I definitely get way better fuel mileage running 93 on long trips.”

Much like Thunder, Monster has a clear understanding of what the fuel can and can’t do for these engines. He obviously worked in the business. “We all know engines run much more efficient when cold dry air is ingested, humid hot air reduces efficiency and cause timing to be pulled back. Higher octane helps reduce the amount of timing pulled but I contended only laboratory equipment could really measure the difference in engine performance. I believe optimum performance is defined as the least amount of timing pull back in the worst of climates the Hemi may be operated in. The compression level of the engine in a hot wet climate likely dictates 89 octane for the best engine efficiency. 93 octane is likely too much for the Hemi and probably reduces the efficiency of the engine due to the difficulty of fuel detonation in the lower compression engine at the time of the peak power stroke. When I was at GM Powertrain, optimum performance was defined as emissions compliant, reduced warranty costs, and customer satisfaction, in this order.”

Fishing has a similar take on the question. He also tries to avoid ethanol. “I run 89. The average price difference between 87 and 89 is $6-$10 a tank. I don't believe in running higher than recommended as the engine ignition, timing and settings are meant to run on whatever octane they state. Where people probably see the benefit of 91/93 is the lack of ethanol and slightly more actual gasoline in the tank as oppose to "filler". Ethanol is a great fuel source, however, not really meant to be run in our motors. The wreak havoc on boat tanks, fuel lines and engine parts. I guess vehicles handle it a little better.”

Cair drives a 2014 Ram with a Hemi. He has experimented a little with the different octanes. “I used 87 for the first 18500 miles. Just to see what all the hype was about using 89, I tried it for the last 2 tank fulls. Honestly, couldn't tell the difference in the mileage or the way the truck ran.” Now obviously, this isn’t scientific, nor does it show what the effect is on the internal parts of the engine. It is just an honest answer to a simple question.

It sounds as if most owners use the recommended fuel with 89 octane. Everyone who used 87 octane seemed pleased and did not register any major complaints. It does sound as if using the higher 91 and 93 octane is simply wasting money because their engines can’t use it effectively.