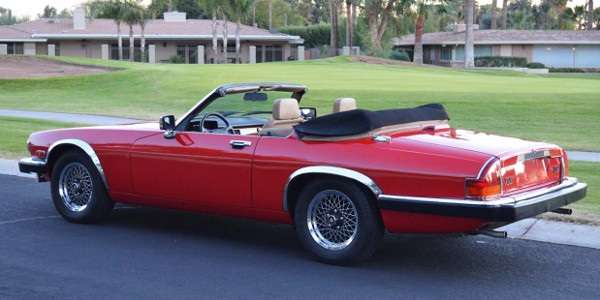 Why was the 90's Jaguar XJS Such a Classic

The 1990 Jaguar XJS drop-top was a classic that still earns its place among the car enthusiast today and was one of the longest running model ever built by Jaguar.
Advertisement

Jaguar introduced an all-new and exciting style of two door sports coupe in 1975 and it caught the eye of lots of new fans. The 60’s were very good to the Jaguar brand and it brought us some of the most iconic cars ever built. Most Jaguar enthusiast were puzzled by the XJ badge and thought that after the Iconic E-Type, they would introduce the F-Type. Jaguar purist also worried that the sports car era might be over and that they would be stuck with this grand tour model. To make things even more troubling, news hit the streets that the XJS would only be available in the coupe. The 40 year run of gorgeous open top Jaguars was ending. It would be the mid 80’s before it was offered again.

The XJS line was built from 1975 to 1996 and it replaced the XKE lineup (known as the E-Type) and was built to be more sleek and aerodynamic than the E-Type coupes. The XJ line also utilized the Jaguar independent rear suspension that had worked so well in the E-Type.

The prestigious V12 engine was carried over in the XJS line and offered a fine balance of power and performance, yet did it in such a silky smooth way mostly found in the higher end luxury automobiles. During this time the V12 engine was a rarity except in the Italian cars like Ferrari and Lamborghini. The XJS was capable of a zero to 60 mph time of 7.6 seconds and a top speed of 143 mph. The 5.3 liter, 9:1 compression engine developed an impressive 285 horsepower at 5500 rpm and more than 300 lb. ft. of torque at only 3500 rpm.

In 1986 a full convertible was offered by most dealers but it was a modified version built by Hess and Eisenhardt coachbuilders from Ohio, USA, however, in 1988 the first official all Jaguar built XJS was debuted at the Geneva Auto Show as an 1989 model. This car brought back the Luxury Sport open top car with new a steering wheel, alloy wheels, sportier seats, and new burl wood trimmed interior.

By 1990 the Jaguar XJS has been re-engineered with a slight facelift and another classic Jaguar was born. It is also amazing that 30 years later you still see many of the XJS’s on the roads today. It is however, Jaguar’s longest running model and is still a very popular vehicle with Jaguar fans today.

(Side note: A shiny Red 1986 Jaguar XJS convertible was the first car that caused me to take notice of the Jaguar line as a teenager, you might say I was bit by the Jaguar bug!)