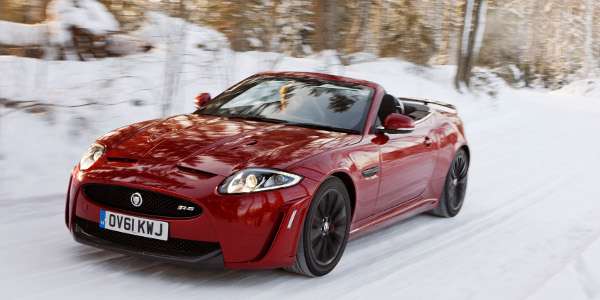 How Jaguar takes vehicle testing to the Extreme

Extreme testing is just the beginning of how Jaguar is testing their cars today. Quality and reliability are not just catch phrases used by Jaguar; they are words that exemplify the brand.
Advertisement

All automakers perform some level of extreme testing on their cars, but the high-tech tests today are more intense than you would imagine. Jaguar says “The highest standard of craftsmanship is absolutely that, our standard. It has been since our beginnings. But there’s no need to take our word for it.”

They go on to say “As part of our ongoing commitment to research and development, we test our vehicles in some of the world’s most challenging climates. Jaguar Land Rover now has five extreme weather test facilities around the world: Arjeplog, Sweden and International Falls, Minnesota, where the thermometer regularly drops to -40 degrees Fahrenheit or Phoenix, Arizona and Dubai, UAE where the needle regularly asses 130 degrees Fahrenheit. And for the most extreme track testing in various conditions, Jaguar has its Nurburgring test center in Germany.”

Just to give you an example, one of the tests involves subjecting the dashboard to temperatures as high as 248 degrees Fahrenheit! Jaguar wants to insure that all of the vehicles functions will operate correctly even during these conditions. They say their customers expect it and they deliver it. The engineers at Jaguar feel that quality is better than value for money, and when you have that level of quality, you are never disappointed. The team continuously tests the vehicles in these conditions to simulate the real world situations they will encounter, no matter how harsh they may be. Jaguar wants to keep their car purring in all weather conditions.

The quality of the materials and craftsmanship is where it all begins, if that’s not where it needs to be, then the quality will fail. If you have ever sat in the driver’s seat of a Jaguar then you know the level that each vehicle exemplifies, it’s a standard that begins at the factory where they are built and continues through the sales experience. Jaguar says “We firmly believe that a positive brand relationship begins with the purchase process. And as a demonstration of our retailers’ commitment to exceeding expectation Jaguar was ranked “Highest In Sales Satisfaction among Luxury Brands” by JD Power.

Attention to details is what sets most luxury vehicles ahead of the competing brands and Jaguars mentality is “there’s good enough and there’s better”. Jaguar continuously strives for better and that’s what the consumer demands from this brand. They also take an award-winning approach to designing and building one of the best performance cars on the market today and as the company says frequently it’s a car that makes you feel Alive!