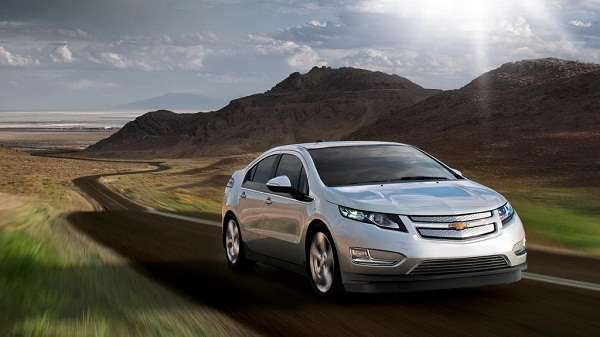 Volt and Leaf both establish new sales marks in August

The Nissan LEAF and Chevrolet Volt have been duking it out for the title of best-selling plug-in since their nearly simultaneous debuts. The LEAF has recently claimed dominance, but both had a great month of August.
Advertisement

The story so far in 2014 for the Chevrolet Volt has been disappointing improvement, as sales started slowly and likely will not top last year’s but have been steadily increasing every month. The Nissan LEAF, on the other hand, has taken advantage of its lonely position atop the mass-market battery electric vehicle market in the United States – the LEAF has been selling at a torrid pace this year. Here’s how it went down in August.

The 2015 Chevrolet Volt is a bit of a lame duck, as buyers eagerly anticipate the 2016 redesign. Slow Volt sales this year have demonstrated the need for an update to the aging plug-in hybrid icon, as the Volt lagged behind its 2013 numbers. Though it started with just 918 units sold in January, however, the Volt has increased that number with each successive month this year.

August saw the Chevrolet Volt smash its yearly high, moving 2,511 units for the month. This doesn’t match its discount-driven 3,351 sales in August 2013, but it is the plug-in’s highest total since that record month last August.

That brings the Volt’s 2014 total to 13,146 through 8 months, still off its 2013 pace of 14,994 Volts through August. However, the Volt has continued to improve its sales numbers every month this year and should end up with a respectable total for an outgoing model. Look for Volt sales to get a huge jolt when the likely lower-cost 2016 model hits showrooms next year.

LEAF: highest total since ever

The Nissan LEAF set a new personal best, and record for U.S. battery electric sales, with 3,186 vehicles sold in August. This narrowly bested its previous record of 3,117 set in May, and represents a 32% increase from August 2013.

It’s just business as usual for the LEAF, which has virtually no competition from battery electrics except in compliance car states. The Tesla Model S doesn’t really count, as it targets an entirely different demographic.

Check back soon for sales data for the other prominent plug-in vehicles, which have not yet reported their numbers. Warning: Tesla did not sell many vehicles in the U.S. last month, but it’s all allegedly part of the plan.

On the whole, though, August is typically one of the strongest months for all auto sales, and the EV industry is no exception. That makes the success of the Volt and LEAF unsurprising, but encouraging nonetheless.