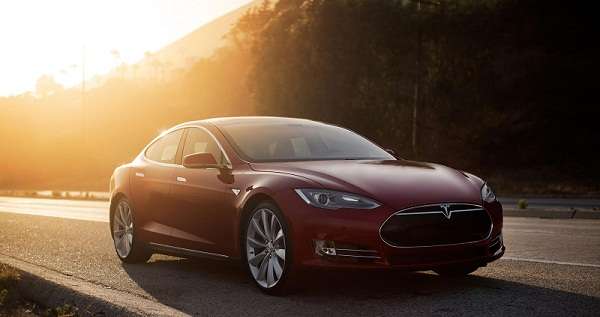 A prominent Morgan Stanley analyst has called Tesla Motors “arguably the most important car company in the world.” We agree based on the impact Tesla has on the auto industry right now but also its influence on the future.
Advertisement

Adam Jonas is known for his positive reviews of Tesla Motors. An influential analyst at Morgan Stanley, Jonas surprised Wall Street by predicting Tesla’s success well before the launch of Model S. He has continued to raise his price target for the stock through the years, and his most recent valuation is a lofty $320. In a report to investors last week, Jonas explained his reasoning why Tesla is the most important automaker in the world.

Is he out of his mind?

Most industry experts, if pressed for an answer, would say that Toyota is the world’s most important automaker as the largest producer of cars worldwide; or Volkswagen, for their ambitious growth plans; or GM, as America’s largest OEM; or even BMW, for the industry-shaking use of lightweight carbon fiber in the i3 and i8.

Next to these giants, Tesla is so small as to be barely noticeable. In this year’s best-case scenario the company will deliver 35,000 cars, amounting to something less than a rounding error out of a projected worldwide total of some 85 million.

However, a growing case can be made for the still-miniscule Palo Alto startup, and Jonas spun it convincingly. Here are his main arguments, as cited by the LA Times:

Suppliers and rivals respect Tesla as much as any automaker

There was a time when Tesla found it difficult to get suppliers to cooperate while competitors did not take the upstart company seriously. Those days are long gone.

According to an executive for an influential supplier, Tesla does things “differently” in the rapidly growing sectors of electrification, connectivity, and autonomy. These three aspects are widely regarded as the future of the automotive industry, however distant, and Tesla is on the cutting edge of all three.

Companies like GM now study Tesla to see how they may improve their own products and processes based on what Elon Musk’s company has been able to accomplish.

Tesla is a shot in the arm for our economy

Jonas cites the upcoming Gigafactory, which will create up to 6,000 high-tech jobs, and future growth that may see the company employ 20,000 and indirectly create 100,000 jobs within seven years. As the Morgan Stanley analyst points out, that is “GDP moving stuff.”

What vehicle boasts the most American content? In the near future its nameplate won’t say Chrysler, Ford, or GM. According to Jonas, it soon will be every Tesla – his report claims nearly 90% U.S. content, which will be valid once the Gigafactory is operational.

Reading between the lines

Proclaiming Tesla to be the world’s most influential automaker based largely on things that haven’t yet happened is risky business. Tesla’s entire master plan hinges on the success of the largest battery factory ever constructed, no small feat even for Elon Musk.

Many unknowns remain for Tesla even aside from the Gigafactory: Model S resale value, the fate of government EV incentives, expansion into stationary energy storage, and the launch of a truly mass-market vehicle all could prove to be stumbling blocks.

But the company’s rapid growth to this point suggests an ability to overcome adversity, or just outmaneuver it altogether.

Jonas’s report speaks to a future automotive industry inspired largely by Tesla, in which the company may not be one of the biggest automakers but its impact will be felt everywhere.

“A BMW engineer recently explained to us how Tesla's presence has helped reinvigorate the spirit of automobile innovation that was beginning to run stale, further testifying that BMW will be a stronger company longer term because Tesla is around,” said Jonas.

Hardly a week goes by when Tesla doesn’t do something that shakes up the conventional wisdom of the automotive sector. It won’t be just the cars that Tesla sells that make it the most important automaker in the world – the difference will be the innovation it inspires, the challenge it presents to competitors to be better, the spirit of change it brings to an auto industry that has needed a reminder of what it is capable of.

In a way, it doesn’t even matter how many vehicles the company sells or how expensive they are. Tesla’s biggest contribution is the imposition of a paradigm shift, altering the perceptions of rival automakers and more importantly the general public.

In just a few short years, Tesla has transformed itself from an unknown to a power that extends beyond the small number of vehicles it delivers each year. The company has no plans to back down, and it will be exciting to watch how it navigates the challenges ahead.

Richard Hubert wrote on June 24, 2014 - 11:51am Permalink
Totally agree with this article. I have been in the automotive industry for some time, and for the most part all the traditional OEMs have followed the same business models in terms of manufacturing, distribution, dealer networks, etc.. In terms of products it is well known that most simply copy each other in terms of form, function and design (with a few notable exceptions like Mazda which to it's great credit forges it's own path) But then along comes Tesla . . . Tesla has broken the mold, caught all other OEMs asleep at the wheel, and leap-frogged the automotive world into the next generation of products. Have any old-school OEMs had any of their products named the best car ever tested by Consumer Reports, with a near perfect score? Ever? Yet along comes Tesla, in business only a few years, and blows right by them all. Talk about a wake-up call to the industry! How these products are sold to the Retail customer (factory owned stores vs. independents) is largely irrelevant compared to what Tesla is doing with it's products. As Tesla products continue to garner rave reviews, and as they release new models at lower prices the threat to all other OEMs grows. No other OEM has any product anything like the Model S, they have no charging station support in place (right now, today as Tesla does), and they are not planning a huge battery plant to support the next generation of EVs. They have literally been caught with their pants down. Tesla has proven that it is possible to build an EV that not only has decent range but is a great automobile - performs really well, is spacious, sports the latest technology which no other vehicle yet has, is connected to the internet to enable software updates and diagnosis, and it is a very desirable product which people are proud to own and show off. But they are not stopping here - their product ranges are growing, to be supported by new battery plants which will help drive costs down and grow their sales. And we can fully expect that Tesla will be managing their growth in the same way as their products - by being innovative, using the latest technology and by not being afraid to break any old molds in order to do things as they see best. I cannot wait to see what they come up with next!