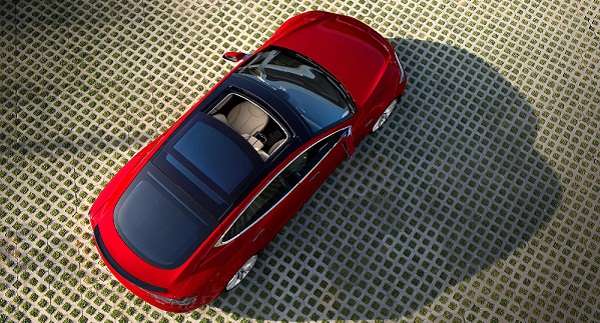 Musk satisfies appetite for disruption by unleashing every Tesla patent

When Elon Musk said he would do something controversial with regard to Tesla’s patents, few expected he would open all of them to outside use. But that is exactly what the CEO has done, and the implications are unpredictable.
Advertisement

Just in case anyone doubted Elon Musk and Tesla’s true mission to accelerate the adoption of sustainable means of transportation, the intrepid CEO made an unprecedented move to advance electric vehicle technology beyond what Tesla alone is capable of. As of today, several hundred existing and pending patents concerning Tesla’s electric vehicle technology may be used in good faith by other automakers.

A few days ago we reported that Musk was planning a significant move concerning a patent release, but the conventional wisdom was that the patents would mostly concern Tesla’s charging technologies. Then Musk laughed in the face of conventional wisdom yet again, publishing a blog post outlining his intent.

“Tesla Motors was created to accelerate the advent of sustainable transport,” wrote Musk. “If we clear a path to the creation of compelling electric vehicles, but then lay intellectual property landmines behind us to inhibit others, we are acting in a manner contrary to that goal. Tesla will not initiate patent lawsuits against anyone who, in good faith, wants to use our technology.”

Musk also insisted that patents are a roadblock to innovation and progress, saying that “too often these days [patents] serve merely to stifle progress, entrench the positions of giant corporations and enrich those in the legal profession, rather than the actual inventors.” He observed that while Tesla guarded its intellectual property closely, much larger automakers failed to implement effective electric vehicle programs and struggled to produce compelling long-range EVs.

As Musk pointed out in his blog post, Tesla still comprises a fraction of a fraction of the automotive industry. As long as the big players are not following Tesla’s lead, the company’s efforts to advance the prospects of electric vehicles are effectively for naught. That is the driving force behind the decision to allow other automakers to benefit from Tesla’s patents. As Musk explicitly stated: “It is impossible for Tesla to build electric cars fast enough to address the carbon crisis,” referring to the inexorable advance of greenhouse gas emissions and climate change.

Don’t get off thinking that Tesla is just going to hand its competitors the keys to EV industry domination, however. Tesla is light-years ahead of other automakers in battery technology, and in a conference call about the patent unveiling Musk told reporters that the company may enforce a certain “quid pro quo” policy in the future, where Tesla may negotiate to use several patents held by a larger automaker in exchange for a significant number of Tesla’s patents.

Tesla also will benefit in other ways from other companies using their intellectual property. For example, spreading costs of the Supercharger network among other automakers could help the company expand the rapid recharging network more quickly than it would be able to otherwise. More companies using variations of Tesla’s battery technology could lower prices and increase the pace of innovation in cell chemistry, battery management, etc. In addition, the rise of all electric vehicles inherently benefits Tesla as the general public gradually warms to the concept of vehicles that run on electrons rather than the molecules of deceased dinosaurs.

Tesla isn’t planning on doing away with patents entirely, either. Rather, the company will continue to apply for patents to prevent other companies from swiping its technology to create their own patents that could subsequently be unfairly enforced.

What it means for the future of electric vehicles

It remains to be seen what will become of Tesla’s now-public intellectual property. It is unlikely that the automotive giants will drop their current plans and adopt Tesla’s ideas, at least not in full or in the near future. However, at least one competitor is very interested: Musk indicated in the conference call that BMW might like to share Tesla’s patents on rapid recharging capability, which could make for a compelling future BMW electric vehicle.

In the end, Musk described his patent release as “a modest thing.” He rightly pointed out that companies should be innovating at a pace where they frequently render their own patents irrelevant.
"This is actually good for Tesla and the electric vehicle industry. I really do believe that," Musk said.

We are inclined to think he is right, as long as other automakers shelve their pride and are willing to take full advantage of what Tesla is offering. It certainly can't hurt the prospects of electric vehicles if more Tesla innovation finds its way into competitor offerings, and it sure would be nice to see a few more long-range electric vehicles out there that don’t have a Tesla badge.