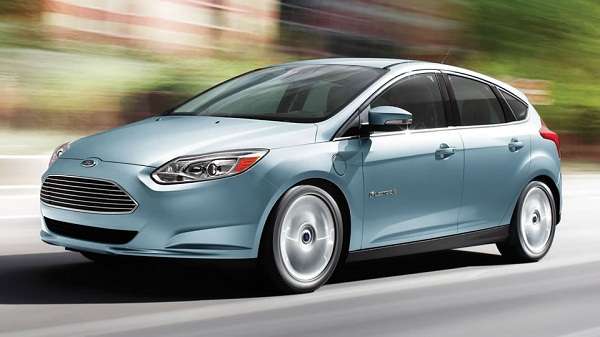 Is Ford going to surprise us with a long-range electric vehicle?

Actions speak louder than words in the auto industry, particularly when it comes to electric vehicles. But what if those actions are going on behind the scenes?
Advertisement

When it comes to sincerity in the pursuit of mass-market electric cars, three automakers stand out above the rest: Tesla, Nissan, and BMW. Those three companies have all placed big, risky bets on the future of electric vehicles, and all are succeeding to varying degrees so far.

One could argue that GM is in that top tier as well, as the Volt represents a bold investment that helped kick-start the current age of electric cars. One could also make a reasonable case against GM for several reasons, but that is a story for another day.

But what about Ford? Some electric vehicle advocates like to grumble about the Blue Oval, as the automaker has done little to sell its Focus Electric beyond compliance car volumes and even is quick to point out the car’s limitations. The Fusion Energi and C-Max Energi are frequently dismissed because they offer fewer than 20 miles of electric range, less than half that of the Volt.

Those (albeit valid) criticisms miss the larger picture, however: this year, Ford has sold more plug-in electric vehicles in the United States than any automaker except Nissan. The Fusion Energi has sold 9,323 units through September in 2014, while the C-Max Energi has totaled 6,486 sales. And though it may be difficult to find one at your local Ford dealerships, the Focus Electric has sold 1,534 units this year. It also just got a $6,000 price cut, which would give sales a boost if Ford wanted to sell more of the electric hatch.

Admittedly, making plug-in hybrids that cannot even go 20 miles on electricity is not doing much to shift the industry paradigm or curb carbon emissions. But what if Ford is working on a long-range electric vehicle, one that would move us closer to an electric future, and simply isn’t telling anyone yet?

Reading between the lines

New Ford CEO Mark Fields has been in the news for seemingly innocuous comments that drew a lot of attention. In a conversation last week with Wall Street analysts, Fields confirmed that Ford has done a thorough tear-down analysis of the Tesla Model S. He also claimed that Ford has the talent and engineering acumen to build a Model S-like electric vehicle. Most importantly, Fields pointed out that a Tesla competitor would be “very consistent with our product strategy.”

The first statement does not mean much, as all major automakers purchase or simply exchange vehicles with their competitors for benchmarking and the like. The second statement is little more than a vote of confidence in his engineers and product development team – most executives would respond similarly to that kind of question, although maybe not in reference to an all-electric vehicle with the range and performance characteristics of Model S.

Of course, it is difficult to know what Ford is working on behind the scenes. If several sources are to be believed, one of those projects is an all-new dedicated hybrid and plug-in hybrid. What we do know is that the automaker is more committed to electric vehicles than many people realize, and it is only a matter of time before a next-generation battery arrives that could provide a huge technological leap over the current pack used in the Focus Electric.

Additional insight from Green Car Reports has interested us a great deal, and comes closer to confirming what we have been suspecting. An engineer involved in the technical committee developing the CCS fast charging standard told Green Car Reports that Ford alone had been insisting on a future standard of 150 kW, a significant upgrade even over the industry-leading Tesla Superchargers that currently provide 120 kW to 135 kW.

Those Superchargers can replenish the massive 60- and 85-kWh batteries of Model S to the tune of 170 miles of range in a mere 30 minutes, according to Tesla’s numbers. The trick with DC fast charging, however, is that a smaller battery cannot take advantage of high charge rates. That’s the reason CHAdeMO stations typically supply the Nissan LEAF with 50 kW – expensive charging stations with higher power rates don’t make sense, as the 24-kWh battery would fill so quickly the charger would have to be de-rated to a lower power level within a few minutes to protect the battery.

So why would Ford be pushing for an even higher charging rate than a Tesla Supercharger? If this is indeed true, the only logical explanation is that Ford has plans for an electric vehicle with a significantly larger battery than the 23-kWh unit in the current Focus Electric.

DC fast charging is considered the complementary technology necessary to enable road trips in electric vehicles, but it makes the most sense if the vehicles using it can achieve 200 miles of range on a charge or more.

Back when GM revealed it was developing a 200-mile battery electric vehicle, company VP Doug Parks stated that most of the automakers are in a high-stakes race to produce an affordable electric vehicle capable of 200 miles on a charge. We would be remiss to forget that Ford has a formidable electrified powertrain engineering department, and surely would not ignore the potential importance of such a vehicle.

“We have to have C- and D-segment vehicles [or compact and midsize cars] that are very affordable for customers to really get EVs to take off.”

This statement does not necessarily mean that Ford is planning an affordable C- or D-segment electric car capable of 200 miles on a charge. Taken within the broader context, however, we believe that Ford is going to be releasing a long-range electric vehicle perhaps by 2018.

Could this car be a Lincoln? Some think GM would be making a mistake if it rolls out its much-hyped 200-mile electric car in a Chevrolet Sonic package, but Ford may not take the same route. A Lincoln would provide an appealing platform and price point for an entry-level luxury electric vehicle with a large battery. Slotted somewhere between the Tesla Model 3 and Model S, we think an electric Lincoln could carve out a nice niche for itself.

Though there might not be enough room in the Focus Electric, even with vastly improved battery technology, to pack the necessary capacity to achieve the 200-mile milestone, its successor cannot be counted out as a possibility either.

We may just have to wait for Ford to lay its cards on the table, and we could be waiting a while.

mike w wrote on October 28, 2014 - 6:38pm Permalink
If Ford or GM make a 200 mile EV then Leaf sales might slow at bit. In either vehicle DCFC must be supported. I might shop a Ford EV if it had a 200 mile range and DCFC.
RobF wrote on October 30, 2014 - 10:08am Permalink
I'm very interested in the Tesla Model 3 as an affordable 200 mile range EV, but I really wish it would be available in a non-sedan package like a CUV or something akin to the Kia Soul package. Heck, if Ford could just turn out a 150 mile range C-Max, I'd buy that today. Regarding this article, though, one thing that comes to mind with Ford's interest in high capacity DCFC is trucks and vans in fleet service. Given the volume of F-150s and their new Transit delivery vans, I could see great interest and appeal to an EV version of these typically thirsty vehicles, especially if they have generally consistent routes/delivery areas.
64Galaxie500 wrote on January 25, 2015 - 1:18pm Permalink
What I'd love to see is a F150 electric that'll be able to do what a pickup do. Id like to see a Ford Explorer EV. We have 6 kids and we cant fit into EVs.
mark chocianowski wrote on January 12, 2016 - 9:18pm Permalink
I think if Ford is really thinking about long range EV s ,I hope they use one of the concept car designs to sell it. I wouldn't want to spend double the cost for a electrified escort,or focus.I looked at the Tesla S. Wow, that's a sharp looking car. Ford should take notes , and take the lead in the changing world.