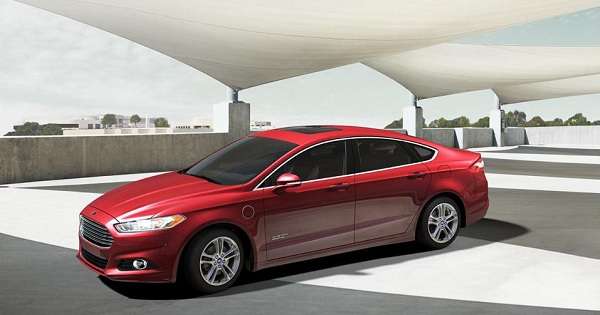 Which automaker sells the second-most plug-in vehicles in the U.S.?

The Ford lineup of electric vehicles has posted strong sales numbers so far in 2014, and the trend continued in August.
Advertisement

They don’t get a lot of hype, and we have previously been critical of them in this space, but Ford has sold more plug-in vehicles in the United States this year than every automaker except Nissan. The two big sellers, the Fusion Energi and C-Max Energi, have been on a roll lately.

The Fusion Energi yearly tally is now at 8,683. After a slow debut in February 2013, the plug-in Fusion has steadily grown its sales and now appears to have begun leveling off above 1,200 units prior to the inevitable end-of-year dropoff.

For the month of August, Ford sold 29,452 Fusions nationwide. Of that total, 4% were the plug-in Energi variant – this is consistent with year-to-date results, as the Fusion Energi’s 8,683 sales represent 4% of all Fusions. The current ratio is up from 2.2% in the last 11 months of 2013.

For the year, 5,809 C-Max Energi models have left dealer lots. This represents a 64% jump over last year’s total of 3,536 through August, and puts the C-Max Energi on pace to sell over 11,700 vehicles this year.

Though Ford doesn’t make an effort to sell great volumes of its Focus Electric, it has been incredibly steady between 100 and 200 monthly sales for 18 consecutive months. That streak was broken as the Focus Electric topped 200 for the first time, totaling 264 sales in August to bring its yearly tally to 1,358. Its sales are up 11% from 2013.

Ford now has sold 15,580 plug-in vehicles in the United States this year, firmly in second place behind only Nissan and the best-selling LEAF at 18,941 sales through August. Chevrolet sits in third with 13,990 Volt and Spark sales, while the Energi competitor Toyota Prius Plug-In has sold 11,489 units in 2014 after a down month of August. Tesla lags behind somewhat as the company has directed its attention to foreign markets in recent months.

Notably, a significantly higher percentage of Fusion and C-Max vehicles have been of the plug-in variety in 2014 compared to 2013. This bodes well for the future of Blue Oval electric vehicles as the automaker continues to fly under the publicity radar of the EV industry.

John Goreham wrote on September 4, 2014 - 6:20pm Permalink
I like this story because you are not going to read it anywhere else. I won't mention any names, but the other EVs that barely sell get a lot more press. Toyota and Ford are off and on number two or three in Plug-In EV sales in the US, yet they get almost no mainstream press coverage of this. It is as if after the first three electrified models were invented that was the end of the discussion.