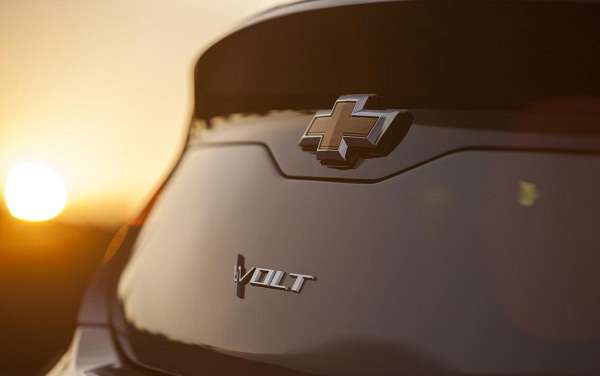 GM may be trying to limit expectations for 2016 Chevrolet Volt

Has General Motors learned its lesson from the unreasonably high expectations it encouraged for the first-generation Chevrolet Volt? The automaker has toned down its position on the upcoming 2016 Volt and is reconsidering its marketing strategy.
Advertisement

When the Chevrolet Volt first launched in late 2010, GM targeted annual sales of 60,000 in 2012. Instead, the first high-volume plug-in hybrid electric vehicle only reached 23,461 deliveries that year partly due to a questionable marketing strategy.

Sales did not improve in 2013, reaching only 23,094 units. Falling so short of projections (among other things) made the Volt a target for EV critics everywhere, and it appears the automaker has used the experience to change the way it presents the next-generation Volt set to debut at the North American International Auto Show in Detroit in January 2015.

Not a mass-market vehicle?

As Inside EVs reported, shortly after revealing the first teaser for the 2016 Volt chief marketing officer Tim Mahoney stated that the plug-in hybrid is “not a mass-market vehicle.”

Citing stronger demand in the obvious markets, Mahoney pointed out that “there’s a Northeast and West Coast market for the Volt, and there’s nothing wrong with that.”

We would argue that there is indeed something wrong with that. As Mahoney observed, the Volt has had unprecedented success drawing new buyers to the Chevrolet brand and has achieved some of the highest owner satisfaction scores of any car on the road.

And unlike battery electric vehicles that are range-limited and better suited for densely populated areas and owners that don’t need the car for road trips, the Volt is capable of driving as far as necessary using the gasoline range extender. This should allow it to be competitive in nearly all markets, as most Americans drive fewer miles than the Volt’s 40-mile electric range on a typical day.

However, the Volt has not sold well across the United States. It has had more success in the Northeast and West Coast markets that Mahoney alluded to, and it appears that GM will target the same markets with more focus when the 2016 Volt arrives.

It seems most likely that Mahoney’s “not a mass-market vehicle” statement is a basic observation based on the experience with the first Volt, and a way to temper sales expectations for the next iteration. Non mass-market vehicles don’t generally rack up huge sales numbers, so if the 2016 Volt struggles GM can say they tried to warn us.

Of course, a big reason the Volt has not lived up to expectations has been subpar marketing that failed to adequately explain the benefits of owning a range-extended electric vehicle. The other two biggest factors: lack of a fifth seat and a high price tag. GM will look to address all three with the introduction of the next-generation Volt.

More specifically, GM plans to use its greatest asset to help market the new model: existing Volt owners. Electric vehicle owners are among the most enthusiastic proponents of their cars out there.

Mahoney told Automotive News that GM will use existing owners, especially through social media, to promote the Volt. Marketing efforts will be focused more regionally in densely populated areas and where the original Volt sold well, which includes the Atlanta and Dallas-Fort Worth markets in addition to the traditional EV hotspots on the West Coast and in the Northeast.

Outlook for the next-generation Volt

Volt sales will without a doubt jump with the introduction of the 2016 model. GM will likely drop the price and redesign the battery for a fifth seat, which will allow the car to appeal to a broader market. The company’s marketing execution and ambition for the new model will also have a great impact on sales, however.

We still think that GM could sell a lot more Volts if they are able to shave a few thousand off the sticker price and properly educate the public on the benefits, particularly fuel cost savings, of owning a plug-in hybrid with 40 miles of electric range.

With the new comments from Mahoney, it is looking like GM will narrow its marketing focus for the Volt – if executed well, this could improve sales even without expanding to more markets. A big factor will be the vehicle itself and the improvements from the first generation, so stay tuned at Torque News for details as GM makes them available.

mike w wrote on August 11, 2014 - 7:04pm Permalink
I think Volt sales are lack luster because of it Price. I agree with the author shaving a few thousand off the sticker price should improve sales. Worked for Nissan and their Leaf. I don't know what other peoples expectations are. I am expect a 2016 Volt to have a better body style and an improved gasoline engine. A wish list of 50 mile range (electric), 50 MPG (on gas), DC fast charging and a 6.6 kw charger are not what I'm expecting to see. Lowering the price would probably put a Volt in my garage.