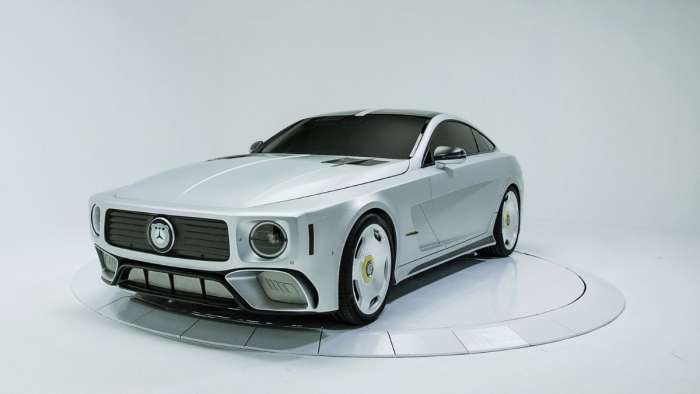 Mercedes-AMG Collaboration With Will.i.am – Beauty Is In The Eye Of The Beholder

The collaboration between Mercedes-Benz and will.i.am has culminated in a stunning, one-off car. Based on the Mercedes-AMG GT 4-Door Coupe, design influences are said to have come from both the Mercedes-Benz G-Class and the legendary SLS Gullwing supercar.
Advertisement

Mercedes-Benz is no stranger to partnering with lifestyle brands, and in this case, their collaboration with will.i.am is in support of his i.am/Angel Foundation. Will.i.am is a multi-platinum American music star, tech entrepreneur, and philanthropist. The project is called “The Flip” and has led to the creation of the one-off vehicle, named WILL.I.AMG.

The modified Mercedes-AMG GT 4-Door Coupe marks will.i.am’s 6th project with West Coast Customs, the famous Southern California car customization shop. Whether you love it or hate it, it seems the old saying that beauty is in the eye of the beholder applies here.

How was the Mercedes-AMG GT 4-Door Coupe transformed?

Despite starting its life with 4 doors, will.i.am’s Mercedes-AMG GT 4-Door Coupe is reimagined with just one pair of extra-long suicide doors. The front of the car sports a pair of round headlights and a rectangular grille, both clearly inspired by the Mercedes G-Class. Meanwhile, a pair of split glass roof panels evoke an SLS Gullwing styling cue.

Will.i.am has also created a reimagined emblem for the car called “BEAR WITNESS”, which is said to have been inspired by the Mercedes-Benz star logo and the sound of the vehicle. You’ll find the unique emblem front and center on the grille, and it also makes an appearance on the center caps of the monoblock wheels. 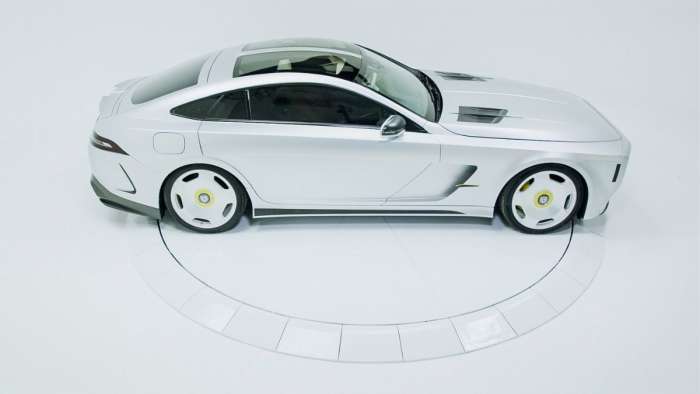 Photos released so far don’t show a full-on rear view of the creation, but based on what we can see in the side profile, it looks like the style of the AMG-GT 4-Door Coupe’s tail remains at least mostly in place.

Specific photos of the interior have also not been made available as yet, but a door-open pic in the Mercedes-Benz press kit reveals front seats in cream leather with a diamond quilting pattern and two-tone interior door trim.

So, what about the Mercedes-AMG GT engine?

When it comes to the engine, will.i.am says “I didn't touch the engine, because AMG really does make the best engines.” So far though, there’s been no confirmation as to which of the Mercedes-AMG GT 4-Door Coupe’s powerplants provides motivation for the custom ride.

According to the Mercedes-Benz press release, “The one-off vehicle, named WILL.I.AMG, is a visible symbol of the goals of Mercedes-AMG and will.i.am to boldly drive forward new ideas, push boundaries and dare to do the impossible.”

Philipp Schiemer, Chairman of the Board of Management of Mercedes-AMG GmbH, states “We take our responsibility to society seriously. The success of Mercedes-AMG as a Performance Luxury brand also depends to a large extent on inspiring the next generation and giving them easy access to the latest technologies and digital progress.”

“The Flip – Innovation for Purpose” joint project’s mission is to create more educational opportunities for students from disadvantaged backgrounds. By focusing on STEAM education, (science, technology, engineering, arts, and math), the i.am/Angel Foundation hopes to help families and communities break the cycle of poverty by providing students with the skills needed to thrive in future-focused jobs in technology.

The WILL.I.AMG is set to drop at this weekend’s Formula 1 Grand Prix in Miami. A six-part documentary series, “DRIVE”, captures the conversion and construction of the car. Those attending the May 5th reveal event were offered a sneak peek, with the premiere set to drop at the 2022 Cannes Film Festival.