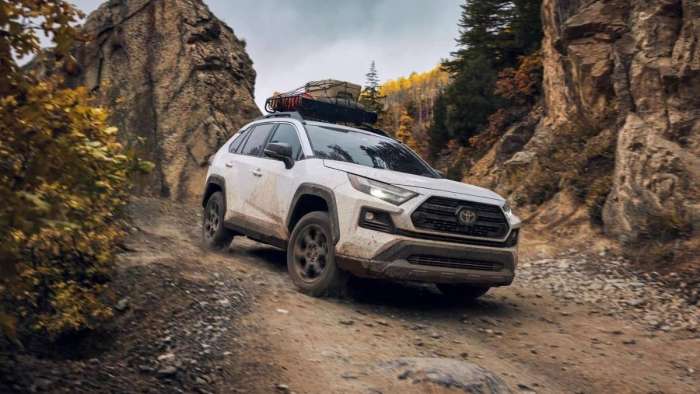 Toyota RAV4 Hybrid owners say they would not switch over to a Highlander Hybrid even though the Highlander is bigger.
Advertisement

Raad Al-Husban posted a poll on Facebook’s Toyota RAV4 Hybrid group asking, “would you upgrade from a Rav4 Hybrid to a Highlander Hybrid?” 147 people interacted on that poll and out of four answers which were Yes, No, Prime, and Depends if I need more space and willing to risk MPG.

At the time of this article being published, out of 147 people who voted, 102 people said no, 28 people said yes, and 2 people said yes. Now, this is just a pretty narrow poll since there are thousands of people who own a RAV4 Hybrid who maybe do want to upgrade. But for the sake of demographics, we will use the numbers in a broader spectrum. Now just because over 50% of these owners don’t want to upgrade to a Highlander Hybrid doesn’t mean that 50% of all the RAV4 Hybrid owners wouldn’t switch. A good rule in statistics is to have more numbers to get a more accurate result.

So, before we look at what some of the voters said, let’s first compare the weight to MPG ratio on both the RAV4 Hybrid and Highlander Hybrid. While the Highlander is heavier, it comes down to this ratio that decides which one is more economically efficient. To find this ratio, we add about 600lbs which is the average weight of a 4-person family to both cars, then divide that number by its average range.

For the 2022 Toyota RAV4 hybrid, the weight to MPG ratio is 8.6 miles per pound of the entire car with a 4-person family inside. Now the heavier the car, the less that ratio will be. However, since the Highlander has a bigger tank, in optimal situations this won’t be a problem since both hypothetical families weigh 600lbs. For the 2022 Toyota Highlander, the MPG ratio is also 8.6.

Now while everyone’s Highlander or RAV4 hybrid isn’t going to get that exact ratio, it’ll be pretty close for the average family. Let’s take a look at what some other owners said.

Carolyn Doodle said, “I don’t need the space. And I can’t see the loss in MPG, and the increase in price just to gain some space.” Now as I explained above, you won’t really see a major change in range because the ratio is roughly the same. In this case, you would only be sacrificing how much you spend on gas because the Highlander’s tank is bigger thus meaning you would spend money on gas rather than cram your kids in a small SUV. While people have said that they don’t mind the close quarters of the RAV4, especially for small families, people have complained that the Highlander’s 3rd-row seating is very cramped and mostly an afterthought.

Melissa Bonito said, “Yes! I get the same gas mileage on my 2021 rav4 and 2022 Highlander both hybrids. It states you get 35/36MPG.” Most of the people said that they wouldn’t upgrade because they didn’t need the space. It seems like most owners don’t care for space rather they just don’t want to be in the headache of getting a new car. So whether it’s the price of gas that concerns you or the size of your garage, it all comes down to your preferment and how you view your car.