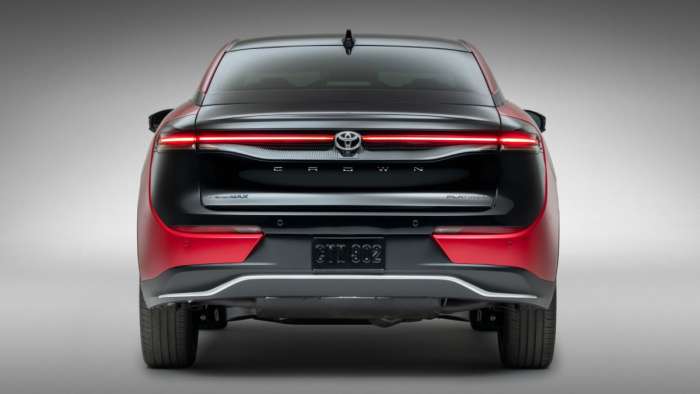 Avalon Owners Say They Would Not Switch To 2023 Toyota Crown…Why?

In a shocking poll, most Avalon owners say they would not switch over to the new 2023 Toyota Cross despite the Crown having more luxury.
Advertisement

Over the past weekend, we have covered a lot of stories on the new 2023 Toyota Crown which will be the first time Japan has sold it in the U.S. With the ever-growing market for fuel efficient luxury sedans and compact SUVS growing, experts say this could be Toyota’s next Camry or Corolla. However, the average person says otherwise. I personally like the new Crown and out of the three, I would probably choose the Sedan Type sense it looks more VIP-ish.

Now according to Toyota, the new 2023 Crown in all 4 variants are supposed to replace the very successful Toyota Avalon. The Avalon has been known to be Toyota’s non-Lexus Lexus if that makes any sense. Toyota’s luxury brand, Lexus, sells in the U.S but all their cars are very expensive. The Toyota Avalon was manufactured to provide a reliable affordable luxury sedan for American buyers. I remember my father drove one a few years ago and I distinctly remember how cushiony the seats were on a 10-year-old car.

Here's the kicker…a lot of Avalon owners say they are not happy with the new Crown and would not change over if money was not a problem. On Facebook’s Toyota Avalon Owners group, I posted a poll to see if people would switch over to the new 2023 Crown if money was not the question. Surprisingly, 88% of participants who own a Toyota Avalon said they would not switch over to the Crown if money was not an issue. I keep saying “if money is not an issue” because we do not yet know any of the prices for the 2023 Toyota Crown. Let’s take a look and see why these owners would not switch. 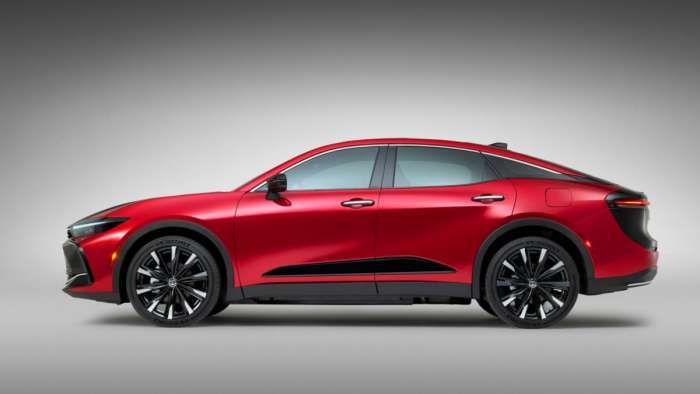 Greg Smith said, “Keeping the Avalon. I don’t need to sacrifice 5 mpg for AWD and an extra 25 hp.” It’s true that the 2023 Toyota Crown makes less than the Toyota Avalon despite having a new hybrid battery. Now whether or not a different drivetrain ill come out, hopefully an EV, we don’t know but I can say that I highly doubt Toyota would purposely make their new Crown less efficient than the existing Avalon even though they are taking the Avalon out of sale.

Dorothy Patel said, “Yes! I love my Avalon, but the ground clearance is just too low for Houston, where we regularly have high water issues. (When we’re not having a drought!).” this is a great point. Remember that the funky looking crossover is not the only Crown out there. There are also the Estate, Sport, and Sedan types as well which offer different versions of the Crown experience on different body styles.

Regardless of what the Crown is going to replace, I think that the 2023 Toyota Crown will certainly open up a new market segment in efficient luxury sedans and SUVs.

What do you think? Would you switch? Let us know in the comments below.

Mark Johnson wrote on July 20, 2022 - 7:02am Permalink
I will not switch to the Crown because money is an issue. It will be too expensive. Bring back the Avalon!!
Nate wrote on July 20, 2022 - 8:12am Permalink
I don't think it matters what the Avalon owners have to say. The Avalon has never had great sales, so Toyota deciding to take a different approach makes a lot of sense.
Avalon Owner wrote on July 21, 2022 - 8:18am Permalink
I’ll consider the Crown. I had to move up to the Lexus ES 350 to try and make up for my old Avalon but it still didn’t have the space I wanted.
Joseph Lawrence wrote on July 21, 2022 - 11:54pm Permalink
How many models does Toyota an Lexus need. It’s ridiculous like BMW and especially Mercedes. Count their number of models? Keep it simple! Ask me, I still liked the Cressida! That car was great.
Dale Tucker wrote on July 23, 2022 - 7:22am Permalink
Definitely “NO” to the new Crown SUV. I love my 2011 Avalon with 170k miles, and was waiting for the new 2023 sedan body style…very disappointed. Add another SUV to Toyota’s inventory, but not as a replacement for the Avalon. We already have a 2018 Highlander. So no need for another SUV! Would love to have a model similar to the Crown sedan sold in Japan, but there’s no US version produced. A loyal Toyota customer!
Terri Houdek wrote on September 17, 2022 - 2:24pm Permalink
We are on our third Avalon. The previous two (1996 and 2006) are still running beautifully. They were just given to family and friends. I love the comfort and luxury of the Avalon. The look of the Crown does not impress me at all and cannot be considered a replacement for the Avalon at all.
Tira Beane wrote on September 26, 2022 - 7:52am Permalink
I have absolutely no intention of getting the Toyota Crown, I love my 2006 Black Toyota Avalon Limited and I am not considering another vehicle. I had over 280,000 miles on it and had to put in another engine. I will drive it until something comes along that will impress me, and, not cost more than I paid for this one back in 2005 when I got it. The new engine has it running like it did when i got it with 7mls on it back in late 05.