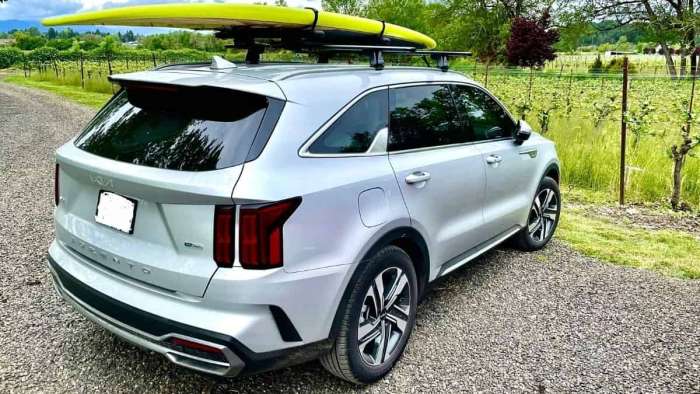 After wrapping up roughly a week of vacation on the Oregon Coast, we head out from Rockaway Beach with a full battery charge and just over ¼ tank of gasoline. A few miles later, at our first gas stop so far, our Kia Sorento Plug-in Hybrid (PHEV) has achieved about the same fuel efficiency as a Toyota Prius even at 1,500 pounds heavier and with a significantly larger footprint.
Advertisement

Our first destination, after filling up and a stop on the coast for a photo op, is Oregon wine country, near Bethel. We drive about 150 miles on our first day by the time we visit a couple wineries and end up at our hotel. There are no chances to charge the battery (though there would have been if we chose to visit one of the many wineries offering free 240V charging to guests, or chose lodgings that offered the same). I use up about half the battery’s usable capacity driving at slower speeds through the many small towns we pass through as we head inland from the coast through lush, densely treed valleys between hills and mountains near the coast, often hugging the edge of rivers and other bodies of freshwater flowing toward us, on their way to the Pacific. That means a lot of uphill segments today, though most are only gradual, and the road undulates frequently as we go up and down rolling hills and the occasionally steeper shoulders of the coastal range. 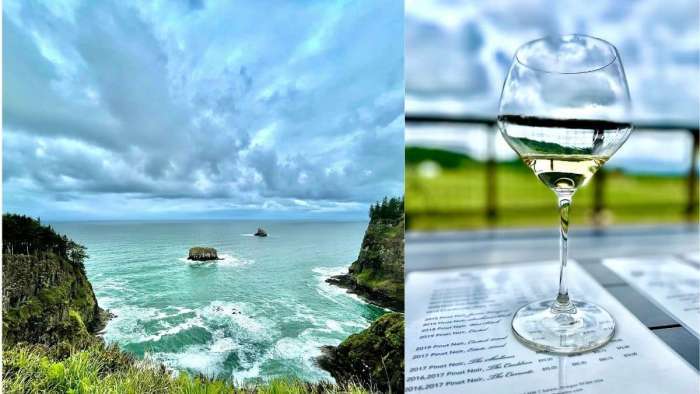 Without an opportunity to charge, and doing several miles of uphill climbs, though rarely above speeds of about 55 mph given the slower, two lane country highways we traveled, our fuel efficiency is a humbler 35.7mpg when we pull into the hotel parking lot. We’ve strayed out of Toyota Prius territory on this leg, and wound up in the neighborhood of a typical subcompact 4 door sedan or wagon, like our former Honda Fit. Though it's less impressive than the fuel economy we get around town at home, or what we were getting all week long on the coast, 35.7 mpg is still respectable for a vehicle weighing over two and a half tons (fully loaded as we were) and with a 12.5 ft long stand up paddle board strapped to the roof. It’s also consistent with the fuel economy we saw on a recent much longer road trip. This suggests to me that the Kia Sorento PHEV can easily deliver on its promised EPA figures, as long as people are driving close to the speed limit, even with a full load of people and or stuff on board and even with a lightweight, but obstructive load on the roof. 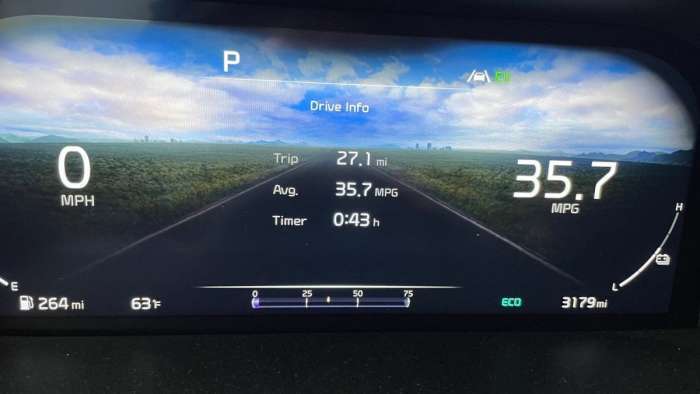 What else did I test about the Kia Sorento PHEV on this trip? I took it on some very rutted dirt roads with deep potholes requiring slow and careful navigation (worse than those we explored on my previous Oregon road trip). The Sorento PHEV, which has the least ground clearance of any Sorento trim, was perfectly adequate for the task of going up rough forest service roads, as long as I was taking it slow over the deepest pot holes. Its suspension and AWD handled this challenge with ease, keeping us comfortable and in control at all times. The cargo capacity is also great for hauling all the gear and supplies a family of four (in this case) needed for more than a week’s vacation (with no need to use our cargo box, this time). Even when we added a 5th person for our day trips along the coast, we still had room for all our beach gear, picnic supplies, and our pets! Finally, I’ll say that I am very impressed with how quiet the Sorento PHEV is. Even leaning into the accelerator going up steep hills, the gas engine never really screams like I’ve heard my other hybrids do (a 2014 Honda Accord hybrid and 2017 Chevy Volt). The Sorento PHEV is simply quiet, comfortable and poised.

What else would you like me to test on the Sorento PHEV? Please leave your comments, questions and requests below.

All photos courtesy of Justin Hart.