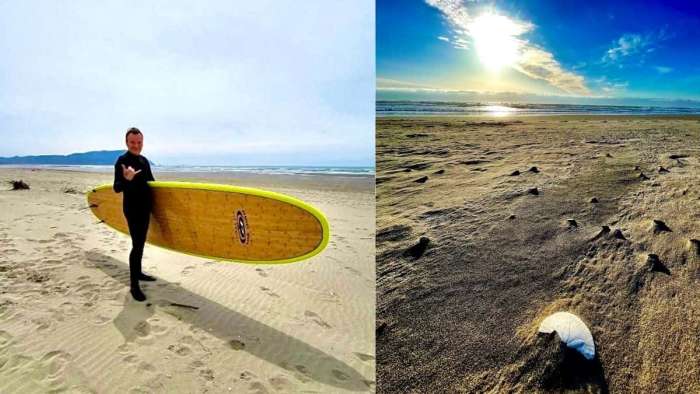 My family and I are spending a week on the Oregon coast. Our Airbnb host gave us the okay to plug in our Kia Sorento PHEV and we also made use of public charging options, when convenient. By charging up at least once every day so far, we have stretched a single tank of gas (12.4 gallons) to over 600 miles of total range.
Advertisement

That comes out to more than 48 mpg, combined, on a long road trip with 4 people (sometimes 5 plus a dog) and all our stuff, including my 12.5 ft stand up paddleboard often strapped to the roof. Here’s what getting that kind of efficiency on a long road trip in a PHEV looks like. The drive down was done mostly on gas (about 84% of the 223 miles to get there). We used just under half a tank plus a full battery charge. While staying on the Oregon coast, we take day trips to neighboring towns and beaches for surfing, sightseeing, dining, beer tasting and adventuring down a few deeply rutted, pothole besmirched dirt roads to find interesting trails and waterfalls. 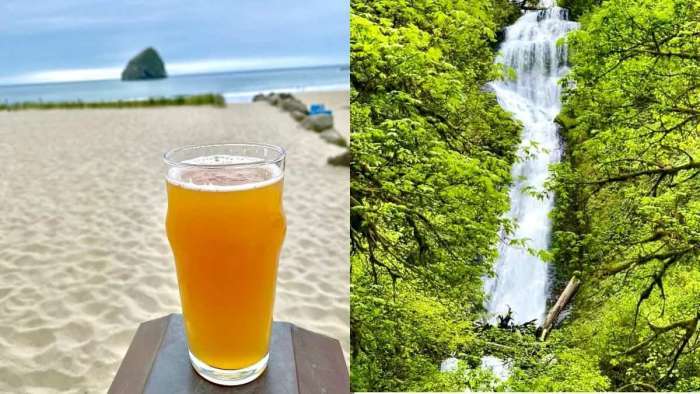 Most of the miles we drive on our day trips (about 60%) are done on battery power alone and are from a few to more than 80 miles in a day. On the way home we’ll detour through Oregon Pinot country and may get some additional charge at a winery or hotel where we stay, but otherwise will drive mostly on gas. This last part I’ll report on separately, later, since it will be another opportunity to describe the Sorento plug-in hybrid’s efficiency on an extended (mostly) gas powered drive, which may be part of the criteria shoppers use to decide whether they should buy a PHEV.

If you happen to be familiar with my other stories, you may wonder why I didn’t drive my electric car on this trip (a Tesla Model 3). The answer is simple, it isn’t quite big enough for this trip. Plus, the fast charging infrastructure isn’t quite what it needs to be, ideally, in this part of the Pacific Northwest (see photo of Tesla supercharging options below), especially considering the somewhat reduced range we get when loaded down. 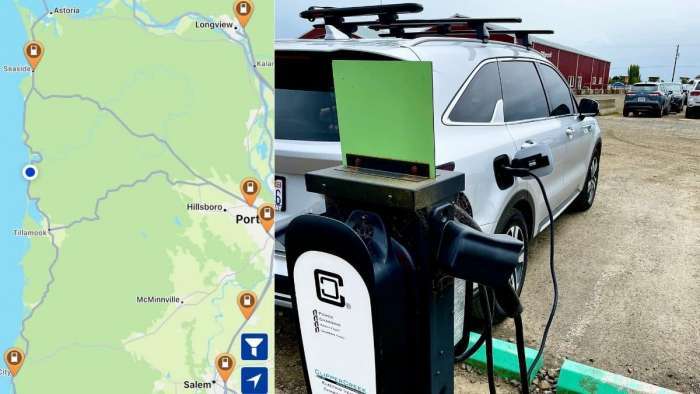 Granted, we would have trickle charged and used publicly available 240v charging as I mentioned above, which would have been fine if we were traveling lighter and with fewer people since we are day tripping from a base location with the ability to charge. Note, we met up with a friend and her dog at our Airbnb, so we have a total of 4 adults, 1 child, a small dog and that ginormous paddleboard during our stay on the coast. A Tesla Model Y would have done slightly better on this trip than our Model 3 (given its larger cargo capacity and option for a third row of seats), but that car wasn’t on sale when I bought my Model 3 and cost about $13,000 more than our top spec Sorento PHEV did last year (a difference I expect would never be made up in fuel savings and maintenance costs in the roughly 10 years I anticipate owning the Kia PHEV). When we did the same trip a year ago in our 2017 Chevy Volt, we ended up having to take two vehicles since our same friend was with us on the trip, which certainly used more fuel. That’s the short version of why we’re in our 3 row PHEV SUV for this trip.

People who do most of their driving in smaller distances of 50 or so miles per day may see much more than 600 miles per tank of fuel in a vehicle like the Sorento PHEV, assuming they are charging up once or more per day. Our best result so far was over 1,000 miles on a tank for example, taking only two trips longer than 50 miles in the span of 6 months. The great thing about PHEVs is that they can easily “fill in the gaps” around public fast charging options that can still be thin or inconvenient, in places. They can offer outstanding fuel efficiency that rivals the energy efficiency of similar sized full electric vehicles, assuming frequent charging patterns. Might a PHEV might work better for you than a pure EV? Please leave your comments and questions below.

Images courtesy of the author, Justin Hart, and or PlugShare.