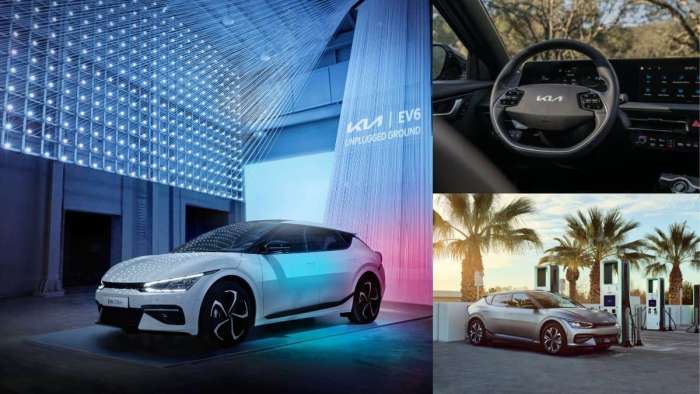 It took much less time than I thought it might, but Kia has achieved the number two spot in the U.S. EV sales race, second only to Tesla (of course).
Advertisement

I previously wrote about the battle for second place between Kia, Ford, and a few other automakers vying for leadership in the U.S. electric vehicle market. I expected it would take a few quarters, or perhaps most of the year, for Kia to possibly take second place, but it happened in Q1, according to InsideEVs.

To be completely up front and transparent, this is only one quarter’s worth of U.S. sales, it is too early to know if Kia will hold onto this spot for any length of time, Kia is only about 1,000 units ahead of Ford at this point, and even in the #2 spot, the difference in sales between Kia and Tesla is exponential, with Tesla selling more than 13 times the number of EVs than second place Kia. In fact Tesla owned almost 72% of the entire U.S. market and is now the number one selling premium/luxury vehicle in the U.S. (of all engine types, not just electric). While second place warrants at least a little praise in passing, in reality no other automaker is anywhere close to catching up with Tesla, still, and there is barely a difference between the sales numbers of all the other top brands.

Speaking of best selling, the top 5 EV brands by U.S. sales currently are: Tesla, Kia, Ford, Hyundai and Nissan, in that order (and note Hyundai’s luxury unit, Genesis, is also selling EVs but those weren’t counted in InsideEVs figures). If we combine Kia and Hyundai (since they are tightly integrated and share components and vehicle platforms), they represent almost 10% of all EV sales in the U.S. Ford represents a little less than 5%, and Nissan a little less than 3%. Combined, these 5 brands account for about 88% of all EV sales in the U.S. Although it's still early enough in the year for positions to shift significantly, Ford just began selling their F-150 Lightning pickup this month (all of its 2022 production is already spoken for), Kia will be releasing a completely revised Niro EV later this year and continuing to ramp up production of its EV6 (which U.S. News & World Report just named its Best Electric Vehicle), and Nissan’s Ariya EV SUV deliveries are supposed to begin this fall. One, or more, other automakers may break into the top 5 (most likely pushing Nissan out, if so). It would only be GM and or VW that have a shot at a top 5 spot this year. Otherwise, I anticipate that Ford will recapture second place later this year, as deliveries of the F-150 Lightning pick up, Mach-E production expands (hopefully) and more E-Transit electric vans are sold. If Kia manages to ship significantly more EV6s each month and or if the 2023 Niro EV sells extremely well (a distinct possibility given all its refinements), and especially if we count Kia and Hyundai/Genesis sales together, Ford may not take or keep second place.

Those other two automakers, GM and VW, what about them? VW’s ID.4 will no doubt continue to sell well and VW shouldn’t have any problem moving every single instance they can offer up, but VW isn’t bringing any other new product to the U.S. this year so other than (slowly and) steadily ramping up production and sales, I don’t think of VW as having a real leadership role in the U.S. (in Europe however, totally different story) and they are not likely to make it into the top 5. GM is supposed to be delivering its first instances of the Cadillac Lyriq this month and will open the order window again for 2023 production next week, on May 19th. GM also continues to trickle out a few dozen Hummer EVs each month, but most importantly has returned to selling its Bolt EV models earlier this month. It is one of the most affordable EVs one can buy in the U.S. right now, starting a little under $35,000. However, given GM’s ongoing recall replacement of the batteries for every single Bolt it made prior to a year or so ago, its production capacity for new ones is still limited. I would not expect to see more than a few tens of thousands of new Bolts sold by the end of the year, meaning GM will stay in the bottom half of the top ten, most likely, this year. So congratulations to Kia, and Hyundai, I expect to see continued EV sales leadership from both, and keep an eye on Ford; the real battle for EV customer dollars in 2022, besides Tesla, is between these companies.

Please leave your questions or comments below.