Ford takes home a pair of trophies in awards results featuring a lack of electric vehicles despite strong finalists.
Advertisement

The Lucid Air has finished as runner-up behind 2022's newly-crowned North American Car of the Year: the Honda Civic. Now in its 11th generation, the Civic was named Car of the Year by NACTOY's panel of 50 automotive journalists from the US and Canada, triumphing over competition from the Air and Mark VIII Volkswagen Golf GTI/Golf R.

The awards ceremony, which is presented in partnership with the Automotive Press Association, took place at Detroit's Huntington Place convention center. Despite strong entrants from the EV market reaching the finals in all three categories, the awards were swept by internal combustion-powered vehicles. 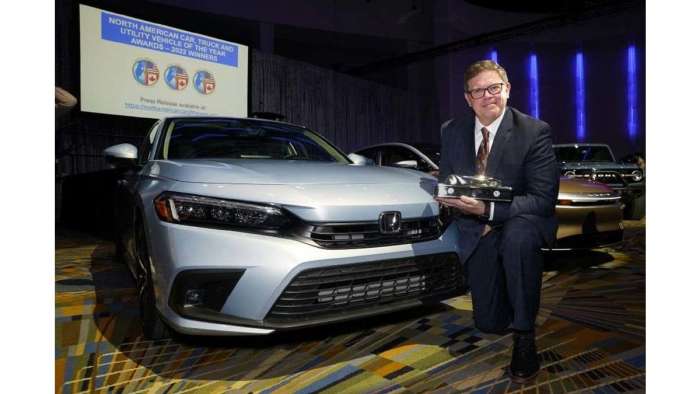 The redesigned Honda Civic received praise from the judges for its quality and practicality, while Honda's Matt Almond thanked the company's production workers for their high quality standards and ability to deliver well-built vehicles to buyers during his acceptance speech. The Lucid Air, meanwhile, was lauded for its highly-efficient powertrain and luxurious character. Volkswagen's eighth-generation Golf GTI/R was given honorable mention for its fun and engaging driving characteristics.

If carmakers were limited to building just one car model the Honda Civic should be that model. It combines just about every positive attribute you can think of — low-cost, high fuel efficiency, utility, comfort, dependability, and fun to drive among them.

Truck of the Year 2022: Ford Maverick 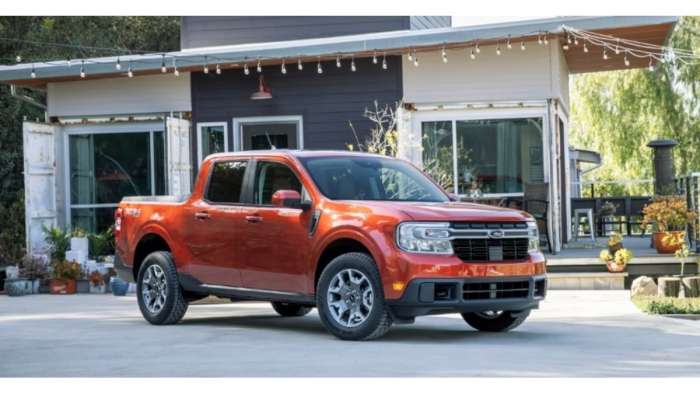 The Ford Maverick took home top honors in the truck category, beating out competition from the Hyundai Santa Cruz and Rivian R1T. Both the Maverick and the Santa Cruz were praised for resurrecting the compact truck segment, while the panel of judges called the Rivian "something new entirely." Ford's Kumar Galhotra spoke about and thanked the army of designers, engineers, marketers, supply partners, and UAW builders that it takes to bring a new vehicle to market.

Ford has revived the compact truck segment with one of the most compelling packages you can buy in 2022. The Maverick’s efficient packaging delivers an urban-friendly, highly functional truck with an impressive list of standard equipment, even in base trim. But the Maverick’s most impressive standard feature is value — an increasingly rare trait in modern vehicles.

Utility of the Year 2022: Ford Bronco 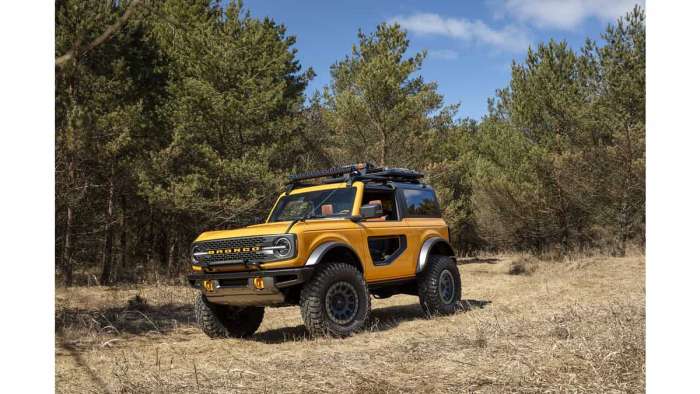 The Ford Bronco beat out competition from the luxurious Genesis GV70 and all-electric Hyundai IONIQ 5 to claim the Utility of the Year award for 2022. Barely back in his seat from collecting the Truck of the Year award, Mr. Galhotra used his acceptance speed to mention how many times during development and testing of the new Bronco he heard the words: "Don't mess it up." Safe to say that Ford handled the return of the Bronco admirably.

The Ford Bronco delivers on the promise of its legendary name. Instead of giving the public a lukewarm placeholder with a nostalgic logo, Ford has pulled out the stops to create a very credible competitor to that other four-letter off-road brand.

The Judging Process
Each year NACTOY evaluates every new or significantly redesigned vehicle to create a "long list" of entrants. The jurors test these vehicles throughout the year, evaluating them for innovation, safety, design, performance, technology, driver satisfaction, and value. The first of three votes takes place in October and cuts each category down to 15 vehicles, before a second vote to determine the three finalists for each in December. The winners are announced in January.

The NACTOY awards were founded in 1994, and are the longest-running independent awards for vehicles in North America.

Though there were no EV winners this year, past victors include the Ford Mustang Mach-E (Utility, 2021) and Hyundai Kona EV (Utility, 2019).

Images by NACTOY, Honda, and Ford licensed by CC BY 2.0.