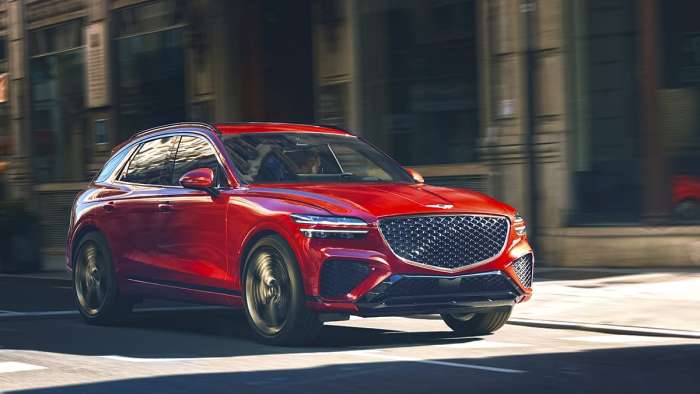 Genesis continues to expand its brand in the US with the official launch of the GV70 model. Expect it on dealer lots sometime in 2021.
Advertisement

Genesis has officially launched GV70, an SUV that represents the fifth model and second SUV in the Korean automaker’s luxury lineup. It will be a rear-wheel-drive SUV to accent its performance focus.

The GV70 will be offered in the United States with a 2.5-liter turbocharged four-cylinder engine, as well as an optional 3.5-liter twin-turbocharged V6 power plant. As Torque News previously reported, it’s safe to assume to 2.5-liter produces 300 horsepower while the V6 churns out 375 horsepower, based on other Genesis models.

The company says more details will be provided closer to the vehicle’s launch in “calendar year” 2021. That’s a fairly wide window, which suggests parent company Hyundai has the vehicle ready to launch but is waiting for all this pandemic madness to settle down and the global economy to bounce back somewhat. Plus the auto show schedule in the United States is constantly changing, further clouding prominent unveils.

GV70 will offer a total of four drive modes including eco, comfort, sport, and custom modes for dynamic driving in various road conditions. The Sport Package is also equipped with an additional Sport Plus mode. 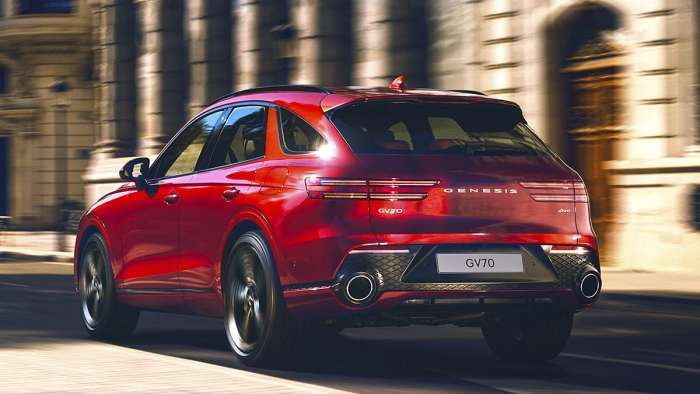 GV70’s driving nature is improved by an enhanced body frame structure accomplished by increasing the ultrahigh tensile steel plates and expanding hot stamping steel plates. GV70’s performance, according to Genesis, is augmented by reducing weight with lightweight technologies such as application of aluminum materials to the hood and tailgate.

First-Ever Tech
The GV70 is the first vehicle to feature radar-based Advanced Rear Occupant Alert (Advanced ROA) technology, which the company claims is much more sophisticated than traditional ultrasonic sensors. The system uses sensors mounted inside the vehicle to detect passengers in the rear seat and alerts the driver of their presence in multiple phases.

Not only are GV70’s radar sensors capable of sensing when passengers in the rear move their limbs, but they can also detect small respiratory movements near the passenger’s chest, enabling GV70 to alert drivers in cases when a child or sleeping infant has been left in their seat. Genesis must assume you don’t need a sensor for Uncle Lou who is passed out after too much holiday eggnog. 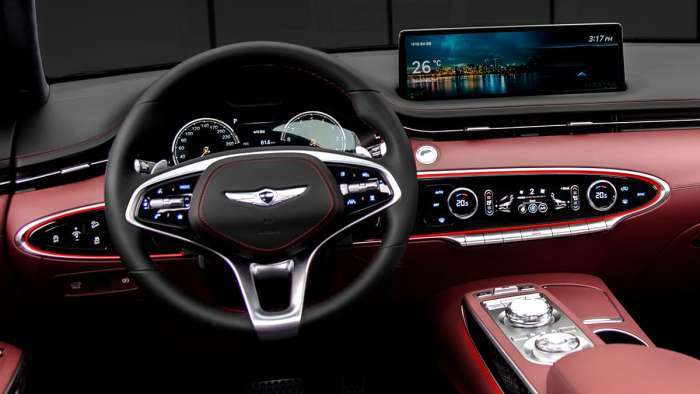 Safety Features
Genesis widely borrows from the Mercedes-Benz playbook when it comes to safety features. That’s a smart move for the brand that provides a luxury experience without a full-luxury MSRP.

Highway Driving Assist II (HDA II) enables a comfortable driving experience on the highway, controlling the steering wheel when changing lanes and actively responding to close-range low-speed cut-ins. The lane change assist system is improved from earlier models and it will attempt to change lanes in certain conditions simply by activating the turn signal.

Intelligent Speed Limit Assist (ISLA) is a safety feature that controls the vehicle speed based on the local speed limit, and even models without a navigation system installed can use this feature based on traffic sign information recognized by the front vehicle camera.

Navigation-based Smart Cruise Control (NSCC) is a convenience feature ensuring safe speed on the highway with its navigation system, reducing speed when in a curve.

Tsingshan's Threat to Tesla: EV Maker Is In Battery Crosshairs
Tesla-Funded Research Reveals One of The Biggest Mysteries of EV Battery
END_OF_DOCUMENT_TOKEN_TO_BE_REPLACED