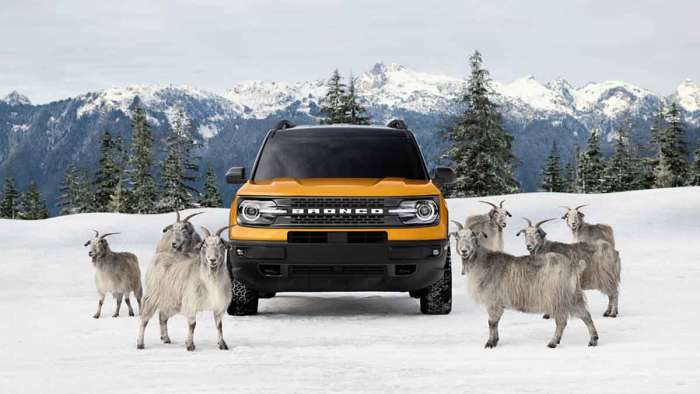 See Why The Ford Bronco Sport Is More Goat Than Horse

Ford to debut new commercial “Raised by Goats” during NFL playoffs. G.O.A.T mode to be shown off as integral part of Bronco Sport.
Advertisement

Ford wants to make one thing clear. The Bronco Sport, also referred to as the baby Bronco is just as rugged and capable as the upcoming two-door and four-door Bronco. And it all comes down to four letters – G-O-A-T.

Goat isn’t just a cute, mischievous animal. It’s an acronym for Go Over Any Terrain. And, little known fact, Goat was actually the original internal code name for the 1966 Bronco project.

During the exciting first round of the NFL playoffs this weekend, Ford will debut a set of new commercials circled around the Bronco Sport, which is available now (as we wait for the two-door and four-Bronco).

The first commercial, which will debut during tonight’s Seattle vs. LA Rams playoff game is called “Raised by Goats.” This commercial creates a mythical origin story of the vehicle featuring live goats and horses, and details how it developed its impressive off-road capability.

See the full commercial below.

The spot is the first of three produced by Wieden+Kennedy New York; the first two highlight the Bronco Sport G.O.A.T. Modes equipped with up to seven terrain management modes, while the third focuses on its versatility and customization options.

All three spots are under the umbrella of the “Built Wild™” campaign platform, with the first two focusing on the extreme capability and power of the Bronco Sport. All models feature an independent front and rear suspension engineered and performance-tested in demanding environments across North America. The suspension, complemented by the terrain management technologies, is optimized to help drivers confidently maintain vehicle composure while aggressively taking on rugged terrain.

The third piece of the campaign, debuting in February, focuses on the versatility and customization options available for the Bronco Sport.

“The Bronco Sport is ready to introduce even more outdoor enthusiasts to the wild,” said Matt VanDyke, director, U.S. marketing. “This campaign kicks off with a fun, mythical story of how the Sport – the Bronco of small SUVs – developed its impressive off-road capability.” 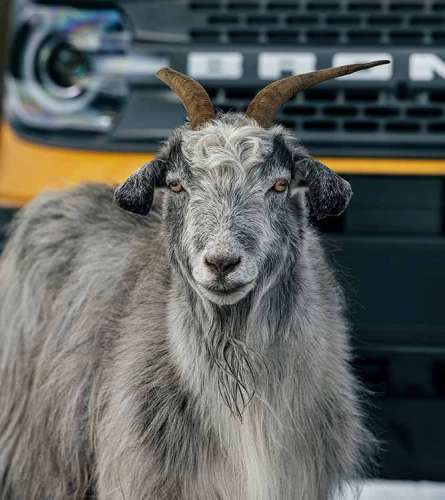 The Men Who Stare At Goats
Shot in Washington state on Mt. Baker, a legendary volcano in North Cascades National Park, the production came with its own set of challenges – namely, casting and training the proper goats and horses for the piece.

“We decided early on that we wanted to make this true to nature, using real animals in an authentic environment,” said Stuart Jennings, creative director, Wieden+Kennedy New York. “So we were doing a lot of work even before the cameras were rolling, researching breeds of goats, hiring animal trainers, talking through the performances and developing our visual script.”

Extra time was built in to the shoot to consider the needs of the animals, he emphasized. Horses can be trained somewhat easily, but goats are another story.

“Goats are highly intelligent, but they’re stubborn. Sometimes, they just don’t want to listen. If they want to eat grass, they’ll eat grass,” Jennings said. “We just had to wait sometimes and cheer them on to do their performance.”
In fact, he added, the animal trainers “interviewed” a wide variety of goats, since each has a distinct personality and temperament, choosing ones that would best work for the piece.

“We really wanted to walk the line on this one – the animals are adorable, but the focus is truly on Bronco Sport,” he said. “The idea is this vehicle is built for the wild, it’s rugged and tough, and the ultimate takeaway is Bronco has G.O.A.T. Modes. We allude to that all the way through. It’s not just a knob on the vehicle – it’s a system that can take you nearly anywhere you want to go.” 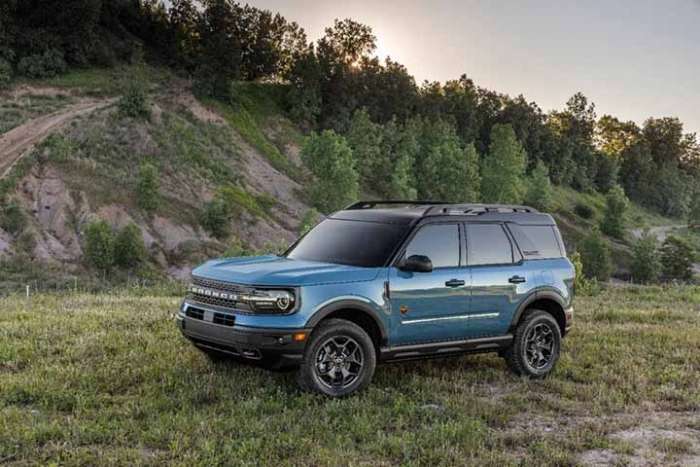 ‘Go There’ With The Bronco Sport
The second commercial called “Go There” is a high-energy, capability-focused spot that also features the G.O.A.T. Modes capabilities. This piece, debuting Jan. 11 on Good Morning America, was directed by both Wall and Lisa Gunning and cuts quickly in and out of multiple outdoor environments to showcase how the Bronco Sport is ready for any adventure.

See the full “Go There” spot below.

The final spot, “Find Your Wild,” was directed by Gunning and highlights the versatility of the vehicle, as well. Bronco Sport offers more than 100 factory-backed and aftermarket accessories for maximum personalization, enabling dealers to provide outfitting-on-demand for each owner’s individual adventure needs. Buyers also can opt for any of four lifestyle accessory bundles themed Bike, Snow, Water and Camping.

A flip-glass rear window, low-load floor cargo area, overlanding-ready roof rack with capacity to make roof-top tent camping easy, and front fender peaks allowing the driver to see the corners of the vehicle easily from behind the wheel confirm Bronco Sport is purpose-built for adventure.

Bronco Sport can quickly help with basecamp setup thanks to an innovative slide-out working table, part of the available five-way configurable Cargo Management System, plus an available class-exclusive 400-watt inverter and standard liftgate floodlamps that illuminate up to 129 square feet for when the adventure ends after sundown.

“Whatever you’re into, you can make this vehicle work for you,” said Jennings. “The Bronco Sport is amazing, and we wanted to show that in the most impactful way possible.”

I love auto commercials. Other than the actual game action, I love all the car commercials during the playoffs and the Super Bowl. And even during the holidays, the commercials add interest.

Recall, that for the Mustang Mach-E Ford spent big to re-enact, with Chevy Chase, a scene from National Lampoon’s Christmas Vacation to promote the all-electric Mustang crossover.

So, Ford is definitely not afraid to give their ad agencies freedom to go there and promote their all-too-important new products including the Bronco Sport.