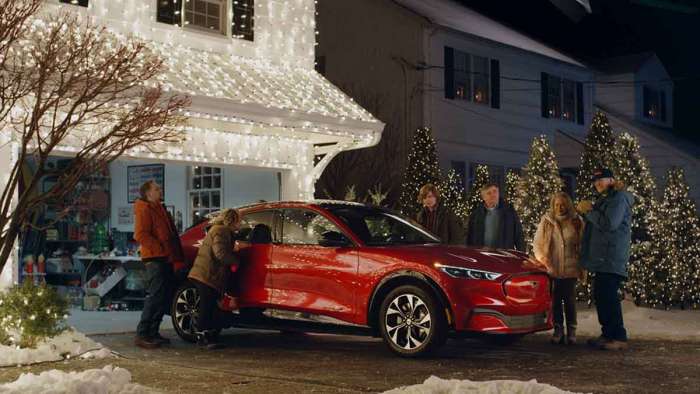 If you’re like me during the Christmas season the move “National Lampoon’s Christmas Vacation” is a holiday must-see tradition. I watch the movie over and over and I can quote lines from the movie all day long.

Chevy Chase, the star of the movie plays the goofy but lovable Clark Griswold who is determined to have the greatest Christmas ever for his entire family. Of course, nothing goes right including the memorable scene where he tries to light the Christmas lights on his house. 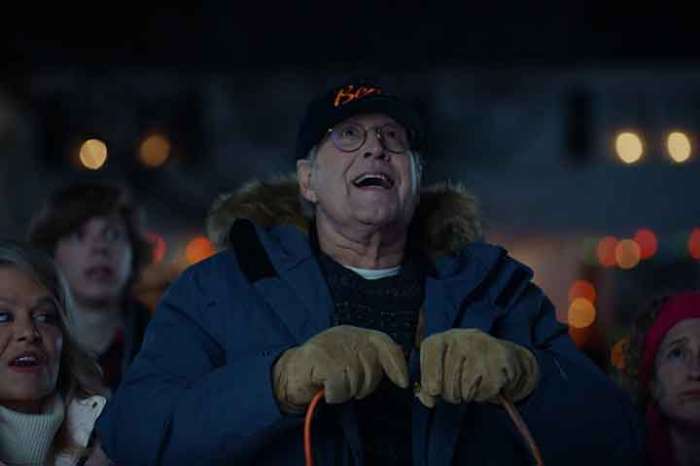 I’m sure you know the scene. Well, now Ford has brought actors Chevy Chase (Clark) and Beverly D’Angelo (Ellen) together to reprise the famous lighting scene. The only difference is there’s a 2021 Mustang Mach-E in the Griswold driveway and as Ellen unplugs the Mach-E Clark’s lights come on.

“It’s great to be back for another Christmas with my on-screen family and its rotating assortment of kids – and I have Ford and Mustang Mach-E to thank for paying me to do it,” said Chase. “I suppose you’re expecting some sort of riff on electric cars, but I can say with 85% certainty that this thing probably won’t cause any blackouts in your neighborhood when you plug it in.”

“My favorite side kick role is playing Ellen Griswold to Chevy's Clark, my one and only Sparky,” D’Angelo said. “But this year, the brightest spark is the Mustang Mach-E in the driveway! Please don't tell him I said that. I'm already in trouble for bringing a different set of kids every time we go on a vacation.”

The one-minute commercial will debut on the Saturday Night Live Christmas Special on December 22 on NBC.

Watch the entire commercial below.

Mustang Mach-E Grabbing Awards and Headlines
With this national commercial that’s sure to bring a chuckle, Ford continues the publicity push for their all-electric crossover with the Mustang name on it.

Just this week the Mach-E received an honor from Edmunds as the publication and website’s Top-Rated Luxury EV. Also, as I reported, the Mustang Mach-E was one of three finalists for the prestigious North American Utility Vehicle of the Year Award.

I asked Ford’s Mach-E Product Specialist Emma Bergg what winning the Utility of the Year award means to the crossover. She said, “The Mustang Mach-E team is thrilled to be a finalist for North American SUV of the Year. In such a competitive category it is especially rewarding to be included in the top three.”

The Mach-E is up against the Genesis GV80 and the Land Rover Defender. It will be a tight race of which I still think the GV80 will win, but honestly with all the promotion and publicity Ford is doing for the Mach-E it could still sway the jury.

There’s been far less promotion for the GV80 or the Defender. While I don’t think the esteemed jury members will be swayed by a funny re-enactment of a holiday classic, it definitely won’t hurt the sales. 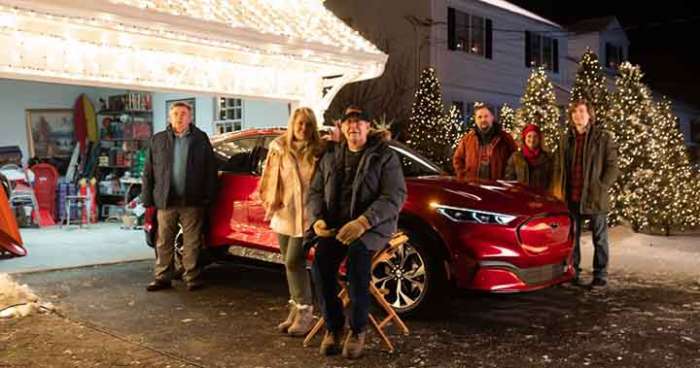 Mustang Mach-E vs. Tesla Model Y
I have a friend who recently sold his Mustang GT 5.0 in preparation for his push toward electrified cars. He put his money where his mouth is by ordering a Mustang Mach-E GT. We now know the GT will come with a Performance Edition that will zip out 634 lb.-ft. of torque and go from 0-60 mph in 3.5 seconds.

Those numbers are certainly worthy of the Mustang badge. And my friend, who loved his convertible V8 Mustang, is excited about getting his Mach-E GT sometime next year (probably around June). I’ve asked him if he has considered the Tesla Model Y and he said he wavered back and forth between the two and decided to stick with the Mach-E GT.

He is a Ford fan and even owns stock in Ford, so it’s interesting to see him put a lot of thought into the decision.

As for comparing the Mach-E with the Tesla Model Y, we now have the EPA range ratings for both. And they are comparable. The Mach-E is the only vehicle of its kind from a major auto manufacturer that is capable of challenging Tesla.

Comparing the range between the 2021 Tesla Model Y and the Mach-E is pretty easy since both vehicles are incredibly close in size dimensions. As such, the Model Y gets slightly better range better range than the Mach-E. The Model Y at its best has a maximum range of 316 miles, compared to 300 for the Mach-E. So while the numbers are close, Tesla does edge out the Mach-E.

The chart below compares the Mach-E To the Tesla Model Y in key areas. 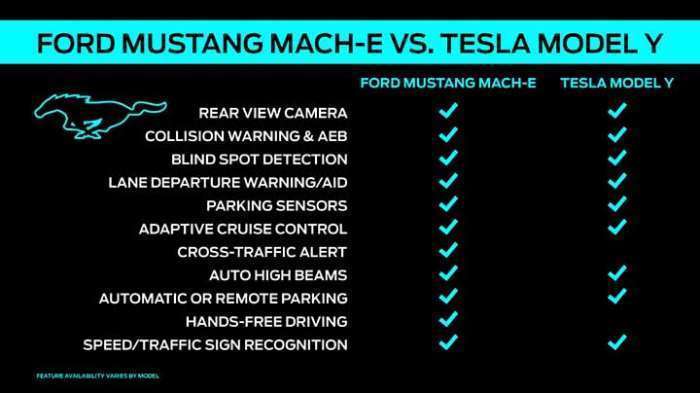 This story will surely (as is always the case) churn out more comments about how an electric crossover is #NotAMustang. I get it. I do sympathize and agree. I’ve written numerous times my point on this. But with the Mach-E arriving at car lots as we speak, it’s happening, whether we like it or not.

The Mach-E publicity and the hype it churns out (good and bad) as Cousin Eddie told Clark Griswold is the gift that keeps on giving all year round.

Be sure to check out the story of how Gale Halderman's cousin, Jim, made the leap from V8 GT to Mach-E GT.