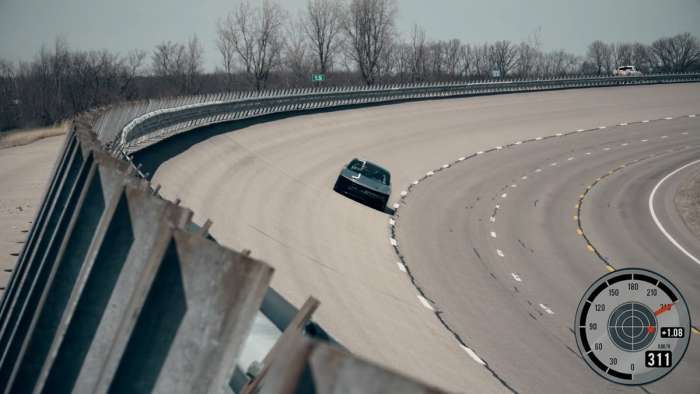 The Lucid Air's engineers, rife with bold and pioneering spirit, decided to remove the Alpha Speed Prototype's software speed limiter and really let it stretch its legs. The result is documented in the video below: a eyewatering V-max of 235.44 mph.
Advertisement

Happy Thanksgiving everybody! While you're slowing down for the holiday, check out this video of a prototype Lucid Air hitting a top speed of 235 miles per hour.

These videos were published during Lucid's exhaustive development process for the Air but they're just as impressive today as when they first appeared.

The top speed runs took place at the Transportation Research Center's 7.5-mile oval track outside of Columbus, Ohio. Lucid says that the car, known as the "Alpha Speed Prototype," serves as a high-velocity testbed for suspension, powertrain, and cooling components on the fast-charging electric sedan. Be that as it may, there's no known way to have engineers design a car and then not want to see just how incredibly fast it can cover ground with the driver's right foot flat to the floor. The TRC tests happily satisfies that curiosity, as well as answering more practical questions too.

Alpha Speed Prototype Mods
Naturally this is no "garden variety" Lucid Air, if such a thing exists. The Alpha Speed Prototype or ASP, as I shall now refer to it for convenience and because it sounds like a venomous snake, is a stripped-out Air that does away with its usual luxurious trimmings in favour of a Momo racing wheel and a substantial roll cage. 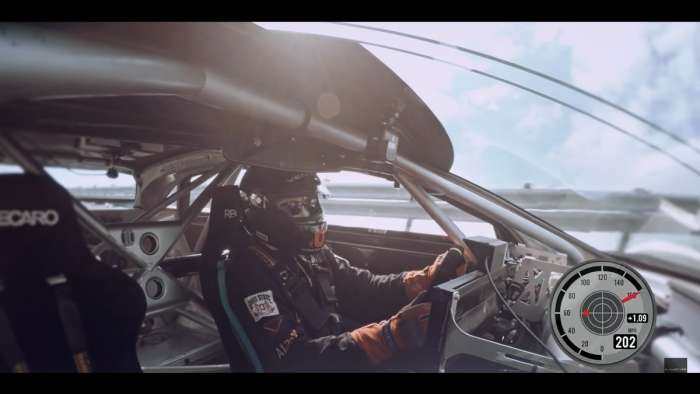 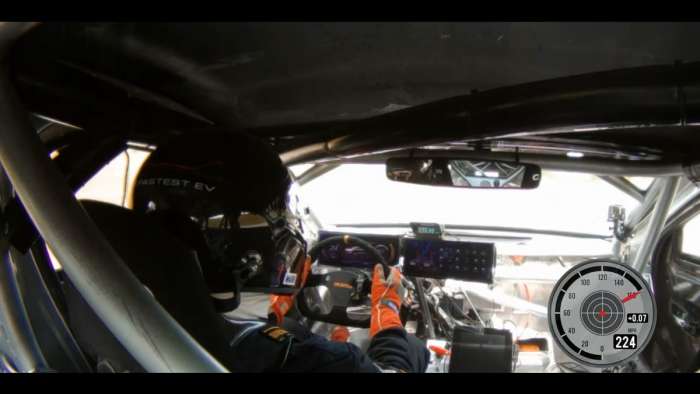 Moving to the outside the ASP makes full use of its highly aerodynamic body with the addition of front bumper canards and a trunk-mounted wing to aid stability when travelling over 200 mph. This, if I'm not mistaken, makes the ASP a Lucid Air "Longtail" and puts it in league with the likes of the Porsche 917 and McLaren F1, both of whom received extended cabooses to boost high-speed stability.

The videos don't show much of the wing, but we can see it from overhead as the test driver walks towards the car. The ASP is equipped with a parachute as a contingency plan in case the driver carries too much speed into a corner from the straights. 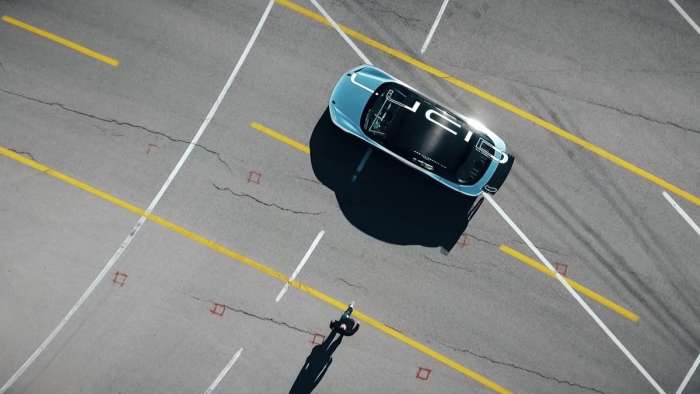 217 MPH
The first video shows the ASP being taken up to 217 mph to test suspension and powertrain setups under the heavy loads generated by travelling at high speeds. The tests took place during development when Lucid's engineers were still thinking of using air suspension in the production cars (before deciding on traditional springs with active dampers), and highlighted an issue which saw the air springs unable to react quickly enough to the changing loads they experienced above 200.

Second, there was an issue with the cooling for the front axle motor which saw it operating at higher-than-optimal temperatures during the top speed runs. Some reworking was in order, which Lucid performed over the next few months, and by July the ASP was back at TRC for another day of high speed testing.

235 MPH
With the suspension software updated to quicken its reaction times and air/coolant flow reworked around the front axle's motor, Lucid's engineers, rife with bold and pioneering spirit, decided to remove the ASP's software speed limiter and really let it stretch its legs. The result is documented in the video below: a eyewatering V-max of 235.44 mph (378.2 kph).

Lucid may tell us that all this was done in the pursuit of suspension and powertrain data, but I'm willing to bet that it was also undertaken to see just what this exceptional entrant to the EV market can do. After all, 235 mph is one hell of a headline. Happy Thanksgiving everyone!

Images and videos from Lucid Motors licensed under CC BY 2.0.

LG's New EV Battery Plant Is a Welcome News for Tesla
Tesla Giga Berlin's New Hurdle: It's Not Only the Gov't, but Now Tesla Itself
END_OF_DOCUMENT_TOKEN_TO_BE_REPLACED