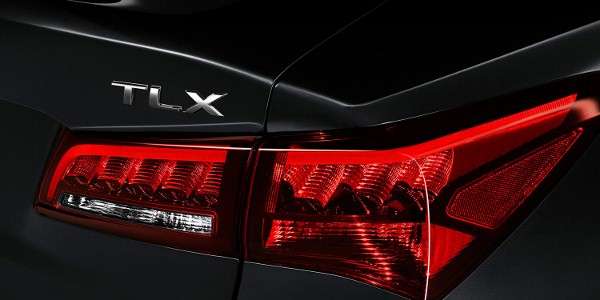 Acura TSX is a good car with many fans. We believe that TLX is better.
Advertisement

Torque News- Acura recently received a question from a TSX owner that’s contemplating upgrading to the all-new TLX. Like most Acura owners he’s happy with his aging car. Nonetheless, for reader Andy Yoo it’s time to make a change; Andy’s sticking with Acura.

Andy asks: “Question is how does the driving compare to the old first gen TSX? I am driving one and thinking about upgrading. Quiet and fast shift is good, but not most important for me. I doubt the 6hp difference is going do much for the heavier car in compare. may be a V-6 is in my future. But I bet there will be handling cons…,” says Andy. Like most if not all Acura drivers we’ve interviewed over the years, Andy likes to drive.

We’ve driven the 2014 TSX and found it to be a not too far departure from a top of the line Accord. We found the interior to be no nonsense Acura, engine performance to be a bit above that demonstrated by the Honda Si, with enviable handling and curve hugging performance.

What we didn’t appreciate was the harsh ride, tight interior confines, restricted high bolstered seats and slight loud pedal lag experienced in our test mule via throttle by wire. We did however appreciate the light, ass kicking curve hugging handling characteristics of the Accord sized TSX. We believe that that’s what Andy likes.

This was our response to Andy’s question: “Good questions andyoo(handle).” Note: TLX is closer in dimension to TSX than TL... Both myself and co driver Been enjoyed the road handling characteristics, readily available torque and loud pedal of the high revving 2.4 liter 4 cylinder. What makes this combination work is the dual clutch automated manual 8 speed transmission with paddle shifters and driving mode button. Until you test drive one, it's hard to envision what the car can truly do. So, don't cross it off of the list before doing so.

“The V6 is an ass kicker, but not required to have fun in TLX.” While it’s a bit heavier than the TSX, I didn't notice any heavier feel in road handling or steering. What I did appreciate was the roomier interior and much lower interior noise level. Thanks for asking.

We believe 2015 TLX to be the game changer for Acura and look for it’s technology to change the way the automotive industry looks at personal transportation.

Matthew F wrote on September 12, 2014 - 9:10pm Permalink
Nice article. I might be able to offer some input, since I own a TLX and have been driving it for two weeks now. I've also owned three previous TL's (all the way back to 2000, 2004, 2012) and a 2009 RL, each of which I drove for 3 years or so. Here are my perceptions driving a 2015 TLX with the V6, two-wheel drive, tech-package model in Las Vegas, NV. 1. The TLX is SIGNIFICANTLY quieter than the 2012 TL I traded in. Nearly silent inside (my TL was never silent) and with the sunroof open, dramatically less wind noise. If you put it in Sport+ mode, it make a gentle but pleasing growl, but it's more like the RL in terms of noise. 2. The V6 in "Normal" mode drive more like a RL: gentle starts and smooth acceleration. There's a nice, easy steer and very luxury feel when touring around in this mode. Put it in Sport mode and it is more like the 2012 TL in terms of pick up; and when you put it in the Sport+ mode, it feels like a TSX (which I've driven because my in-laws have one). As you shift through all nine speeds, you don't lack for kick; and it's pretty easy on Las Vegas highways to let it rip. Comparatively, it's not a rev-happy as an old Infiniti M I had (my one departure from Acura in the last decade) but plenty of power before you'll start catching tickets. 3. The "PAWS" steering can be a little weird at times. At slower speeds, in town, right now I feel a little "foot-loose" turning corners. Seems like it's not quite sure whether to catch or not, in and around 30ish… but I admit I've been trying to really feel it out, so it's probably me fighting it. On the other hand, on highway ramps at solid 50s and 60mph, it's pretty much "magnetic" sticking to the ground. It's a very nice feeling. (Haven't tried it in the rain yet, because, well, it doesn't rain out here.) Still I've only got 200 miles on it, so I'm sure it's learning me as much as I'm learning it… 4. Interior: Acura has definitely listened to owners on this. The dash is pushed back, opening the space dramatically, and the seats are very comfortable. Not sure why the author didn't like the seats, but I find them more comfortable than my TL, but also plenty supportive in sports mode. As for the dash, all I can say is THANK GOODNESS Acura fired their old interior engineers. My 2012 TL was a DASHBOARD DISASTER with more buttons than the Apollo 11 space capsule. After three years, I still couldn't hit the right button without looking. The new split-screen, dedicated Nav/separated audio is very easy, fast, and TOUCH screen. Totally a deal-clincher for me. Backup camera rocks, too. One drawback was the audio system: lots of inputs but the output is kind of weak. If you really want to rolls the windows down and open the sunroof and blast the radio, well, this isn't the car for it. It's good, but the stock speakers are "eh" at best. 5. Ok, this was a bit of a disappointment; NO SPARE TIRE. Just a tire kit. Yuk, big time. Sorry, I'm not a city driver, and if I blow a tire in the middle of the desert, I'll be dried bones by the time a truck gets there. So I called Acura and they hooked me up with a "less than dealer" deal for a full sized tire. Acura took care of me, but they really should have included it. I know, I know, all that extra weight, but really: Gimme a tire and keep the floor mats. :> Ok, so, I could go on, but those are my essential impressions so far. If you're in your 30s and still want a "kicking sports car" this isn't really it. But if you're in your 30s and 40s and want something "not quite like the stodgy RL, but not a tiny buzz car either" then this is your baby. Already it turns heads, and I've had about a half-dozen cars on the highway pull alongside and give be the thumbs up. Plus at least three people walk over in parking lots and admire the car. Acura has done a great job merging the two models, and probably the client base, with the TLX. Their service department has been excellent, and client care very attentive. If you like the brand, want something that's still distinctive enough from copycat designs by some of the other Asian imports, FAR less expensive than the Germans, but will still make you proud when you valet it at Caesars, then get the 2015 TLX. You won't regret it.
Parks McCants wrote on September 13, 2014 - 12:31pm Permalink
Good morning Matt. Your comment thread is longer than the article, well written and informitive. I'll pass this one on to Acura Public Relations. We're on the same page. My seat comment was directed at the high hip bolster confines of the TSX. I liked them, my BMW owner co-driver and photographer didn't, It's a butt-hip fit thing. The TLX seats are perfect. For comprehensive full reviews, please check out the articles in the TLX series. We do make it over to Vegas from time to time, great area for driving. Take care.
tee ell ex wrote on September 13, 2014 - 3:36pm Permalink
I have to agree with Matthew F. I have been driving the TLX V6 Tech for 3 weeks and what a gem it is.