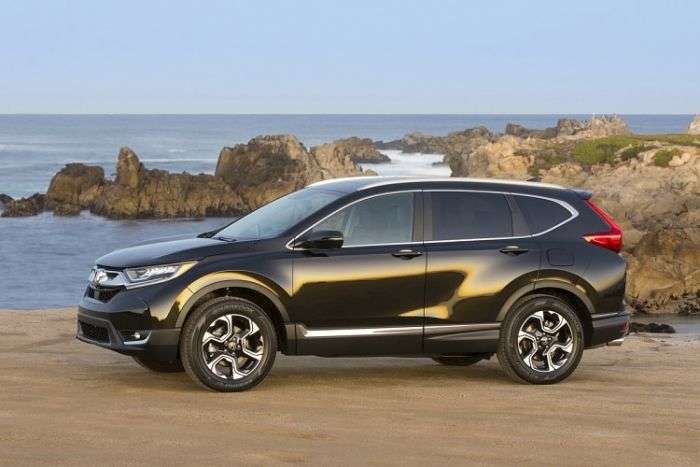 With Honda’s market launch of Clarity electric and the Insight Hybrid electric Prototype in the U.S., comes talk of a pending 2019 Honda CR-V 3-row SUV. Honda targets Europe with such a variant, why not North America?
Advertisement

True enough, there’s been a bit of buzz in the news as to the pending European arrival of a 3-row, hybrid Honda CR-V, Via the Geneva Motor Show. Back in late 2016 with the media launch of Honda’s reinvented 5th generation bread and butter 2-row family hauler, came the question from the press; why not a hybrid version? And more importantly for some, where was the 3rd row? We spend a week on the road in 2017 Honda CR-V Touring.

After all: Honda CR-V in its current form is the the longest, widest, and most powerful CR-V offered since the ever popular CUVs initial launch in 1997. And yes, it’s long enough to facilitate a 3rd row, some regions already have it. For North American consumers 2018 Honda CR-V is a carryover from 2017. That’s to be expected when looking to the timeline of Honda’s first turbocharged CR-V.

But, what about a hybrid version? Is there any market for a CR-V hybrid in North America? Arguably Honda’s committed to a relatively short term electrification of its car and light truck fleet. To date, electrification of Honda’s lineup is limited to Honda Accord, Honda Clarity, Acura MDX, the RLX flagship sedan, and Acura NSX sport hybrid supercar.

Realty Check Honda style: The handwriting is on the wall as to Honda’s commitment to electrify no less than 70% of the maker’s lineup by model year 2022; punctuated by the recent presentation of the up-trim Civic-like 2019 Insight Hybrid, due to market this year. Insight is a tad larger than the present 10th generation Honda Civic, so they say! As in past generations Honda CR-V shared a manufacturing platform with Honda Civic. 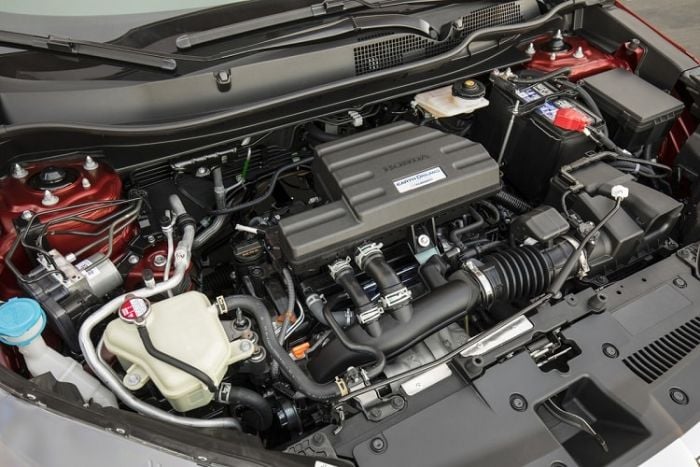 I’ll step out on the ledge here and make a prediction or two based on my Honda experience. Inevitably, Honda CR-V will be available in a hybrid version. However, it will take an uptick in gasoline pricing to mainstream hybrid SUVs in the United States and beyond. For most CR-V buyers, the decision to go hybrid will come down to MSRP. In European markets the shift to electric is promoted through legislation and tax credit. Not so much so for most North Americans.

As to that 3rd row for CR-V? Could be, it’s a little tight back there. Yet, I’ve experienced 3rd row seating in the competition. For Honda, Pilot answers the 3rd row, AWD call for most consumers. It may not pay Honda to undercut Pilot sales.

John Goreham wrote on March 5, 2018 - 9:36pm Permalink
I think the CR-V is one of the best crossovers in its class. I shopped for one about a month ago and I think a 3rd row would be a big asset. There were families all over that thing and we who own these vehicles know the third rows are part-time and for kids. I'd see it as a big plus. I would also love to see Honda do a hybrid like Toyota did. Add some torque and power and not try to make it a super-hybrid in terms of efficiency. The RAV4 is barely higher in efficiency than the regular CR-V and is a huge sales success for Toyota. If I could make just two changes to the CR-V my picks would be to offer non-wood interior in top trims and add a heated steering wheel. Those were the two main reasons we ended up at a Mazda dealer and took home a CX-5.
Parks McCants wrote on March 6, 2018 - 1:11pm Permalink
Thank you John. Zoom, zoom.
George wrote on May 18, 2018 - 4:52pm Permalink
The 7-seat CUVs aren't selling all that well. They are the Volkswagen Tiguan and the Nissan Rogue (both of which are actually longer than the CRV), while their 5 seat versions sell incredibly well, especially the Nissan's. The truth is that even most kids wouldn't fit into those 3rd rows and there certainly isn't any room left over for any cargo once those seats are up. The best option for families with that need who are on a budget would be the Kia Sorento/Hyundai Santa Fe. In Europe and Asia, expectations of vehicles are different. They just can't afford the fuel for larger cars AND most driving distances are much shorter than the US AND people are, unfortunately, smaller (even the kids.) The CRV will come as a Hybrid as soon as they work out the kinks of their 1.5 engine. Right now they've stopped selling CRVs and Civics with the 1.5 completely in China because the government didn't accept Honda's recall plan for that engine. Heating and oil leak issues. Those same issues are all over the world. Honda is working on recalls. Once that's ironed out, I believe they will release the Hybrid CRV in North America. The hybrid will use the Accord powerplant, which seem less problem-prone and will post average fuel consumption numbers in the mid-30s on the CRV. I doubt that one will be offered as a 7-seater either way because the batteries need space.
George wrote on May 18, 2018 - 4:54pm Permalink
Oh... one more thing... heated steering wheel is an option on all trims EX and up.
Jmart23 wrote on March 13, 2018 - 4:12pm Permalink
The current CRV is way too small for a 3rd row to be usable, especially in the US. I have a 2017 and I'd rather the cargo space.
John wrote on June 27, 2018 - 8:16pm Permalink
I personally don't care about the 3rd-row seating, but I would love to see the 2nd-row seats fold UP the way the HRV seats do. that would be increased floor to ceiling cargo space for those larger items, and more under seat storage.
Dave wrote on August 20, 2018 - 3:45pm Permalink
We have a 2015 CR-V that my wife drives. Waiting to trade in my Accord for an electric CR-V. May consider a plug-in Hybrid CR-V but would prefer the electric for my commute - so hopefully Honda will be coming out with the electric CR-V in the next few years.
George wrote on August 21, 2018 - 12:41am Permalink
There will definitely not be an electric CR-V any tile soon. SUVs simply aren’t shaped right to be electric the way they are now. That would need a whole new approach. The CR-V that’s coming isn’t even a plug-in. Honda soured on plug-ins with the Accord... at least for now.