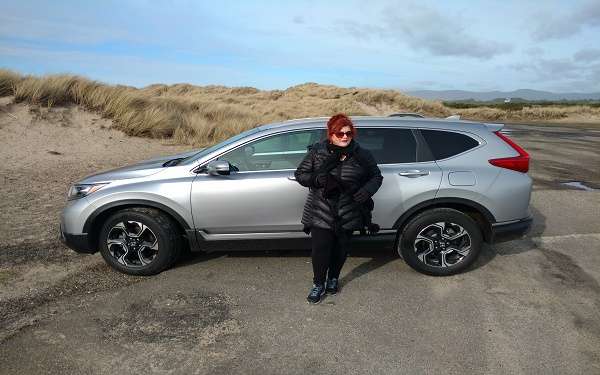 We spend a week in the seat of Honda’s reinvented compact SUV, and walk away with a lesson in segment refinement, and how to produce measurable engine performance through turbocharging, while preserving exceptional fuel efficiency.
Advertisement

Last week we shared how turbocharging works, and the advantages of the engine technology in Honda’s much improved 2017 CR-V. For the second week in February, we headed out to Florence, Oregon from Eugene, for a storm-watch day at the beach. Although the weather was a tad suspect at best, and torrential downpour at worst, the beach was calling, we went for it!

Granted, there’s no shortage of well built, decent performance contenders, available in the ever-popular compact crossover, SUV segment. We’ve driven most, if not all of them. Yet one maker stands out as the king of the compact SUV – Honda, with CR-V riding the crest of the wave, with most new car buyer's opting for the perceived safety and utility afforded by the compact and midsize crossover.

In 2017, Honda rolls the dice on a reinvention of the bestselling crossover in America, CR-V. Presenting a dramatic uptick body style, new interior refinement, a wider track, greater cargo space, and a measurable increase in on-demand torque and fuel efficiency -- in my opinion, Honda has once again hit the ball out of the park, it's that good.

Until one ‘steps on the gas’ the changes are mostly subtle

Prior to the 5th generation roll out, CR-V was already a very good SUV, in-fact, the #1 selling retail crossover, SUV of any size in the U.S. But, as with most things, despite a major refresh in late 2014, CR-V was ready for a platform change. With the introduction of the 10th generation Honda Civic, came the shared “compact world-platform,” along with a very good high torque output, fuel efficient, and more importantly, clean-burning state of the automotive art turbocharged VTEC engine – the first to make an appearance in CR-V – the performance difference is measurable.

It’s not so much the added 10 horsepower, it’s where the seemingly endless torque kicks in. Coming on like a mule kick to the head at just a bit above idle, 2,000 RPM (revolutions per minute) or so, peak torque remains on demand through 5,000 RPM, effectively the “mid-RPM-working-range” of most engines on the market today. Continue reading our CR-V drive review .