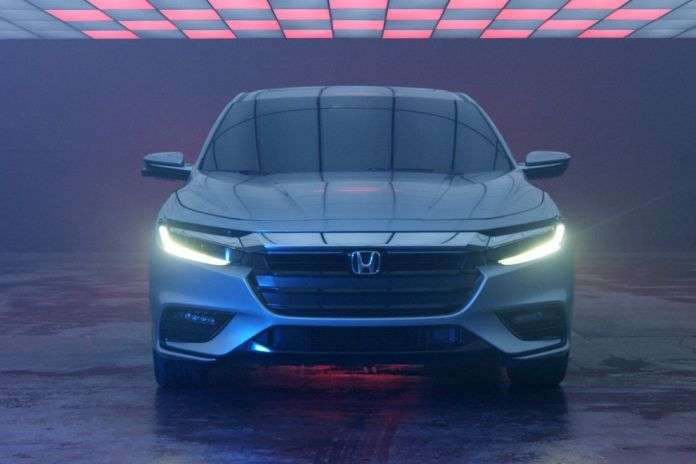 With the announcement of the 3rd generation Honda Insight comes the endless debate that tugs at the sensibility of most long-term automotive Gearheads. Gasoline Vs Electric is not going away anytime soon.
Advertisement

At this point, debating the predestined transitioning of modern automotive engineering from primary I.C (internal combustion) engines to electric drive, is much like complaining about the weather -- we don’t have much if any influence over the outcome. I make this bold statement as Ford, GM, Honda, Mercedes Benz, Toyota, Volvo, and in fact, all major and minor auto manufacturers, turn to electrification not only in a quest to reduce emissions, but to increase horsepower and torque at a lower price point. Here's where the conversation ensued.

Today, while checking back in with a conversation I initiated with civicx.com forum members

Interestingly enough, the subject thread addressed Honda’s reveal of the 3rd generation Insight Concept Car -- a midsize 5 passenger hybrid electric due to market sometime in 2019. The greater concern for Civic Si and Type-R owners chiming in, is Honda’s vow to electrify 2/3rd’s of their car lineup within 12 model years, or 2030.

While most thread participants are accepting of electrification, the linchpin, roadblock, of EV public acceptance raised its ugly head once more- charge time, and drive range.

Here’s how I see it

The first electric car I drove back in the day, old-school, was a converted Austin Healey Bug Eyed Sprite. I was a kid living in a small California beach town that just happened to be home to a Golf Cart manufacturer. The electrified Sprite utilized recycled golf cart running gear and 6 volt Trojan acid/lead deep storage batteries for motivation.

The range was a mere 20 to 30 miles, with a top speed of 50 MPH or so. To me, as a 9 year old kid, it was magic! Today even the lowest range new generation standalone battery electric vehicle will break freeway speed limits, while traveling in excess of 80 miles. Astounding!

Yes, Tesla S will travel 300 miles or more on a charge, but I can’t afford one

My hat is off to Elon Musk for mainstreaming high range mainstream electric cars. And yes, public charging can be rather daunting and limited at times, dependent on access and region. However, it’s been documented that the average car owner commutes (on average) no more than 40 miles per day. Note, I said average.

In a recent conversation with a 2017 Leaf Owner, who just happens to work for Chargepoint, you know, those guys that manufacture and install private and public charge stations, he shared the he commutes 80 miles per day in Leaf through charge management, it works, daily on the freeways of Los Angeles.

In real world testing behind the wheel of multiple brand BEV’s I’ve concluded that while I won’t be driving across country in a standalone battery electric vehicle anytime soon, I could, with a bit of charge-stop planning, and a required change of mindset. One reader at civicx.com stated that a 400 mile range between charge cycles is required before electric could go mainstream. Nonsense! When was the last time you drove 300 miles without making a pit stop?