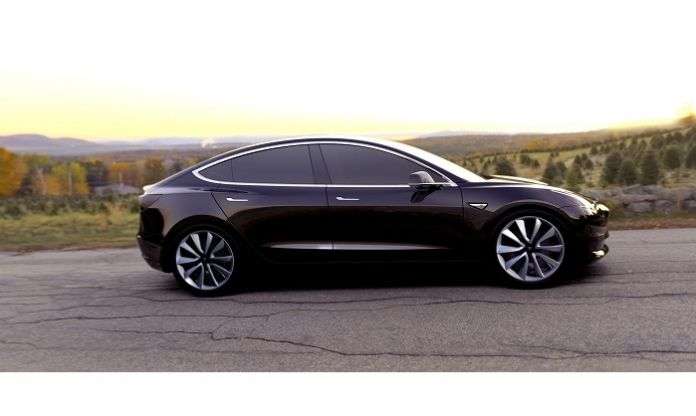 A full day after the news broke that the SEC conducted a year-long investigation of Tesla over Model 3 sales, the electric vehicle advocacy media is silent.
Advertisement

Yesterday, Autoblog, Torque News, and other automotive media sites reported that the Securities and Exchange Commission (SEC) had conducted a year-long formal investigation of Tesla, Inc. The investigation, which resulted in subpoenas to Tesla and its management, was not disclosed by Tesla and was kept secret from investors. It was eventually uncovered via a Freedom of Information Act request by the company Probes Report, LLC and the full texts of the SEC investigation published online. Yet, as of today at noon, all of the top electric vehicle news media sites had ignored the story.

(Note that this section was updated on December 20th) Inside EVs is a publication that Torque News trusts and has come to respect greatly. The writers are well informed, articulate, and they know EVs inside and out. They also work hard to uncover Tesla sales figures (which Tesla hides from investors, the media and fans) through VIN searches and state registration data. This is a valuable service and the publication has a record of accuracy that is almost astounding. (Correction starts here) Inside EVs indeed covered this story and did an outstanding job. (End of correction)To its credit, twelve stories per day about EVs (and all of them upbeat and positive) is an impressive volume of content.

Green Car Reports has five stories in just the past hour! Each has very good news for EV advocates. For example, "Under Paris agreement, electric cars will hurt oil demand well before power supply: report", and a summary of the news of the day that includes "Tesla Semi, 2019 Honda Insight, NEVS 9-3 (nee Saab), future of oil" No mention of an SEC investigation of one of the world's largest automakers who happens to only make EVs,

Elektrek has a variety of content posted today. There is news about Tesla. But not about the SEC investigation. Rather, on the front page, there is a story about a new battery pre-heating feature in the works (but not yet ready), a link to a video of a Tesla Model S drifting in the snow, and a story about a Tesla station wagon.

Teslarati is a green vehicle publication with a Tesla focus, of course, and to the publication's credit, they do and have employed outstanding writers (including one alum of Torque News). There is a story about Space X making a safe landing, a story about barley being shot into space on a Space X rocket, Tesla tips and tricks, and a story about a Model X stuck in the snow off-road. No mention of Tesla having been investigated by the SEC.

A Google search of "Tesla Model 3" shows the SEC investigation as the third from top story (By Autoblog) today at noon. It is not hard to find. Our conclusion is that either these publications are still working on some fact-checking about this important story, or maybe Tesla, Inc. isn't the only one who wants to keep the news away from investors...

Glenn wrote on December 20, 2017 - 7:58am Permalink
Complete nonsense. This story broke well more than a day ago and was covered by all the sites listed. What a bizarre article this is.
Armen Hareyan wrote on December 20, 2017 - 8:10am Permalink
Glenn can you name at least 3 top EV sites (not general auto, but EV) that covered this?
Glenn wrote on December 20, 2017 - 8:28am Permalink
Inside EVs had an article about this 3 DAYS AGO. I submitted the link, but have not seen it show up. The entire premise of your article appears to be wrong, as this story is more than 24 hours old. You didn't find any articles in the last 24 hours, because it was already covered. I admittedly only found an inside EV article, none from the other EV sites. Doesn't change the fact that your article is embarrassingly wrong. Next time look back more than 24 hours...
John Goreham wrote on December 20, 2017 - 9:03am Permalink
Glenn, Thak you for your comments. Indeed, we have located the SEC investigation story at at Inside EVs and have corrected the story. We knew those guys were special! Now three days in, the remainder of the EV "media" seem to be silent on this. If we find any more errors, we will correct the record post haste.
Kerry Bouchard wrote on December 20, 2017 - 9:02am Permalink
I agree that Inside EVs is a decent site - by far the best and not a combo renewable energy and EV site, which are mostly lapdogs for Tesla , one of the sleaziest companies on the planet and are invariably global warming alarmists, pushing junk science,calling life sustaining CO2 a "pollutant" !!!!!!