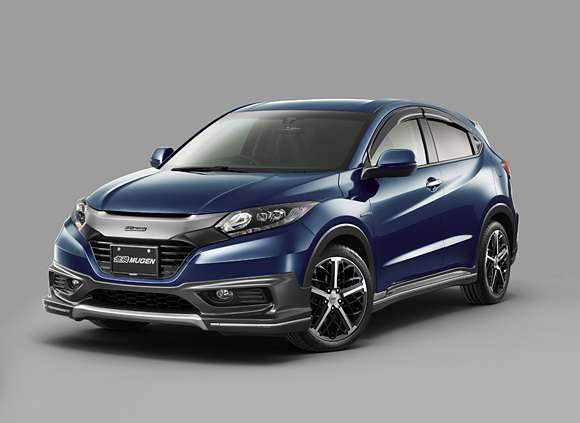 The world auto-press is a curious group. Finding themselves digging for the latest news often leads to short-lived,wild speculation. Thus is the case of Honda’s latest micro-crossover, A Vezel by any other name.
Advertisement

Friday found Torque News-Honda scouring the internet while reaching for the phone. Hot on the trail of any substantiated evidence, as to price, specifications and the ever-elusive photograph of Honda’s latest crossover, SUV offering; we found none.

Honda is second to none in building suspense and anticipation, when announcing the release of a new model or product line.

What we do know is this. Whatever Honda chooses to name the North American Vezel-ish crossover, scheduled to debut at the New York International Auto Show, it will be based on the 2015 Platform built in Celaya, Mexico.

Positioned to fill a mini SUV sport segment vacated by the exit of Chevrolet, Geo, Suzuki and Volvo from North America, Vezel will provide an entry level slot for Honda fans not wishing to step up to the number one selling compact SUV in North America.

As small as a 2015 Fit, offering the driving utility of an all -wheel drive CR-V; the sports-coupe-like cabin and handling characteristic of a Civic Si; the American Vezel will be entry priced below $20,000 and tech-rich.

We anticipate Honda’s newest mini-SUV to arrive at a dealership near you in the fall of 2015. With it will come a small quality Honda hatchback offering exceptional fuel economy, sport-ability and utility second to none in the segment.

Look for ASIMO to introduce the 2015 Fit and Vezel at the New York International Auto Show April 17, 2014.