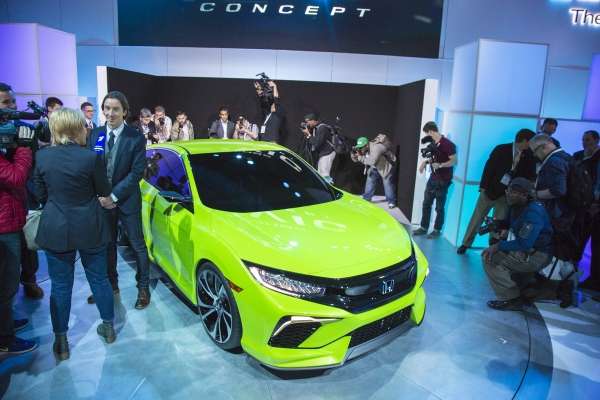 In Monday’s announcement from American Honda Motors, Executive Vice President John Mendel confirmed engine choice and fuel efficiency for Honda’s 10th generation Civic. Will a turbocharged Civic give Mazda and Subaru a run for the money, and how about the fuel economy?
Advertisement

Die-hard Civic performance fans are O.K. with it

As reported by Torque News in the fall of 2014, Honda fit EV will not return to market for 2016, nor will the undersold Civic NG or entry-level 1 motor hybrid Civic. According to Mendel, Honda is opting to expand the use of 2 and 3 motor hybrid technologies, and will return in force, model year 2018, with a specific model plug in, EV and a wider range of hybrid options throughout the lineup. And then there's the announcement of Honda's 2016 turbocharged Civic

With 40 + highway MPG coming from gasoline, fewer buyers are opting for hybrid technology. That’s been a problem for Honda and Toyota in 2015, following short-term historically low gasoline pump pricing. While Honda voices its commitment to expanding “green” automotive technologies throughout the lineup, I’ve seen very of that commitment expressed through EV and across-the-lineup hybrid drive technologies.

Honda currently claims the greatest number of segment setting internal combustion driven cars and light trucks in the industry. And, has attained this accolade largely without the balance afforded through alternatively fueled and motivated vehicles.

Looking to the 2015 Honda Civic lineup, we find an aging industry icon sporting decent comfort features, standard active and passive safety options, yet sitting on the edge of performance viability. For 2016 the 10th generation Civic will come standard equipped with a manufactured in America turbocharged 1-VTEC 4 cylinder engine, a step in the right direction.

Honda tells us that the next generation Honda turbo will not only cross the 40 mpg barrier, but will generate higher horsepower, greater mid-range torque, and lower emission levels than the current 1.8 liter 4 cylinder now standard in all but the Civic Si variant.

Honda aficionados anticipate 180 horsepower + coming from the mild 10th generation offerings with 250 horsepower or greater generated by the turbocharged Si coupe and sedan.

In reading between the lines, I believe that American Honda Motors is simply shifting gears as to hybrid and EV production, as the market temporary embraces low priced gasoline fueled internal combustion engine driven vehicles.

Honda and the automotive industry as a whole realizes that it’s only a matter of time before the rising cost of gasoline, and “Green” public sentiment takes the market in a hybrid, EV direction. Honda, always the leader in safety and low emissions technology, will stand ready to answer that call in the fall of 2018; just in time for the next $5 per gallon price-spike. For Honda, culling the Civic lineup, all comes down to sound business practice.

Kevin wrote on July 8, 2015 - 9:16pm Permalink
The 2015 Civic coupe I currently drive has a 5-speed manual trans and I average 39-43MPG. Best trip was 46MPG. This next generation engine turbo technology should hopefully/maybe reach 50MPG.
Parks McCants wrote on July 9, 2015 - 12:15am Permalink
Welcome back Kevin. Well, that's a stretch, but maybe! Generally we see 1 to 2 mpg increases in new model roll outs. It is possible...
Rick in PHX wrote on November 15, 2015 - 5:28pm Permalink
FYI - my 2004 civic hybrid still gets 45 MPG - so, what is so smart about "smart cars"??? ;-]]
Parks McCants wrote on November 16, 2015 - 8:13am Permalink
Good morning Rick. "Smart Car" is very broad in application as well as implication. How is the battery module holding up after 11 years on the road? Please share.
Rick in PHX wrote on November 16, 2015 - 8:12pm Permalink
Honestly, I replaced the IMA battery pack about 2 years ago... It was worth the $3K, since the car has functioned so well for me - in terms of the overall mechanics; best car i have ever owned!! Also, "smart cars" aren't that "smart" - economically speaking, really; however broad your terms and/or your broad... ;-]]

Tesla Contemplates A New Strategy for China Retail even As Sales Boom
Jay Leno on Elon Musk & EVs: “I Think He Should Get ... Credit"
END_OF_DOCUMENT_TOKEN_TO_BE_REPLACED