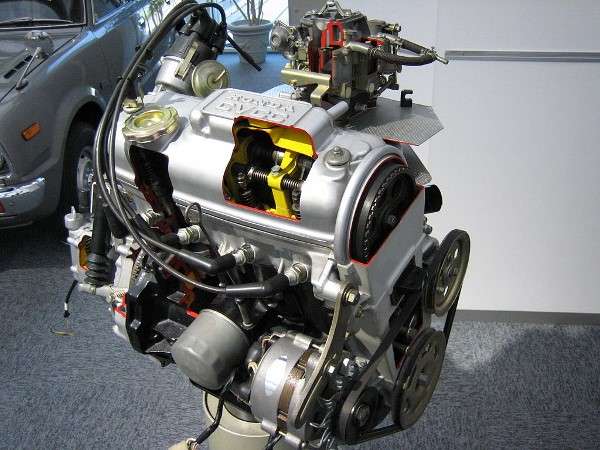 Earthday 2015: Have you ever wondered while following behind a late model Honda car or truck, that visually, there appears to be nothing coming out of the tail pipe? That wasn't always the case. We predict 2016 Honda Civic to be the "greenest" in a long line of low-emission innovations. How "Green" is your Civic?
Advertisement

O.K., we’ll admit it! As race fans and participants, both cars and motorcycles, we’ve modified an exhaust or two; and not always to the benefit of environment or the vehicle trailing behind.

As a facet of Honda’s corporate social responsibility, American Honda Motors markets the lowest particulate emitting massed produced automobiles in North America; and has done so since 1975 with the introduction of the EPA compliant Honda Civic CVCC. in-fact, Honda set the benchmark for clean burning small displacement automobile engines with Civic CVCC, and did so without a catalytic converter.

American Honda Motors sits in the epicenter of auto emissions environmental compliance; Torrance, California. California’s 2020 California Air Resource Board (CARB) mandate has compelled Honda and other manufactures to produce the ‘“Greenest” cars and light trucks in automotive history. CARB’s goal is to reduce (total) auto-emissions on California roads to pre-1990 levels. Keep in mind that the population of California has increased by 8 million in that time-line; so has the number of automobiles on California roads.

How green is your Honda Civic?

Here’s a clue, while your late model gasoline engine Honda Civic may be the “cleanest” burning, low Co2 emissions Civic to date, we wouldn't recommend running the engine in a closed environment, or sucking on the tailpipe.The emitted carbon particulate level, while rated “Ultra-Low-Emissions-Vehicle-2” (ULEV-2) or “Partial Zero Emissions Vehicle”(PZEV,) remains a decade or two down the road from California’s goal of “Zero” emitted exhaust particulates; yet is 50% cleaner than your neighbor’s(average) 2003 car or light truck model year emissions.

“Blue Skies For Our Children”

In a 2015 interview with American Honda Division’s executive senior vice president and general manager Jeff Conrad, and environmental officer Angie Nucci, we captured a broader picture of Honda’s green intentions and environmental path for the balance of this decade and beyond. You may read the Jeff Conrad interview here.

Looking to the numbers we discover that Honda’s remains an industry leader in low emissions with Civic playing a vital, measurable role in the reduction of automotive pollution since its inception. Honda’s #1 selling compact sedan takes high marks for claiming near-zero emissions while affording the consumer a choice as to Civic NG,(natural gas) and Civic Gasoline, Electric Hybrid.

With the introduction of the 2016 Honda Civic Concept comes the promise of things to come. On the agenda is a new line of North America manufactured clean burning, high compression turbocharged EarthDreams ™ gasoline engines. Through this relatively new engine technology and the utilization of direct fuel injection, variable timing, cylinder management and low friction internal engine components, Honda has developed a lighter, more powerful and fuel-efficient engine for application throughout the lineup.

With Honda i-VTEC 4 cylinder turbocharged engine technology arrives the next generation in near zero emissions, high fuel efficiency gasoline engines; a stepping stone to a fossil-fuel-free-future. we anticipate that Honda’s EPA Co2 particulate measurement will be the lowest in the company’s history.