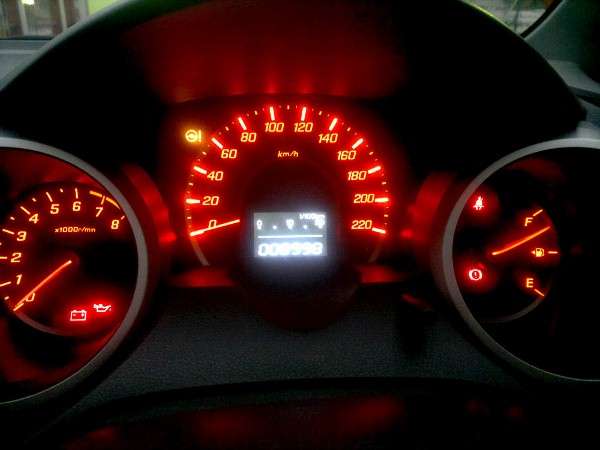 Taking no chances with customer safety, Honda is opting to participate in the biggest airbag- systems related safety recall to date. We tip our hats to Honda in this latest preventative recall measure.
Advertisement

Announced Monday by American Honda Motors: Your 11 or 12 year old Honda car or light truck may be recalled for a humidity sensitive airbag inflator. Torque News finds this recall to be extraordinary.

As earlier reported by Torque News and other, several million Toyota and Honda vehicles will be recalled for defective Takata airbag inflators. On Monday Honda announced that although they did not have a handle on the scope of the recall, an early estimate points to the recall of 2,000,000 Honda cars and light trucks manufactured in model year 2001 through 2011.

To date 7 million Takata manufactured airbag systems have been recalled in North America. Takata is the second largest manufacturer of airbag systems in the world. Headquartered in Tokyo Japan and Aschaffenburg, Germany, Takata founded in 1931 as a plastics company employs a stated 35,000 workers worldwide.

We believe it may be time for Honda and Toyota to switch airbag system vendors.

According to Honda, this most recent airbag related recall stems from a defect in the system’s inflator caused by corrosion in high-humidity regions of the United States and its territories.Apparently humidity accelerated corrosion can lead to an”an excessive force” deployment of the airbag relating in possible injury or death. You can read the Honda statement here.

To date one injury accident has been reported to Honda in direct relationship to humidity related corrosion. Honda’s taking no chances with consumer safety and is initiating the recall in cooperation with Takata and the NHTSA.

Will your late model Accord, Civic, CRV or Odyssey minivan be included in this recall? While the list is extensive, the recall will target select vehicles residing in sub-tropical and tropical regions of the mainland U.S., Hawaii, Philippines, Puerto Rico, American Virgin Islands and Guam. You can find additional recall information here.

Frank Chase wrote on June 24, 2014 - 4:59pm Permalink
How can the car makers just depend on only a couple of manufacturers for airbag inflators.
Parks McCants wrote on June 25, 2014 - 1:21am Permalink
Good day Frank. Actually Takata is one of three major manufacturers of airbag systems in the world. They grew through aquisition. I believe it's a mater of supply and demand as well as price-point. They have the manufacturing capacity to meet the demand of a company that will manufacture 9 million cars worldwide in 2014. And that's just Honda. 80 million cars and trucks will be manufactured worldwide in 2014. It's a big business. Thanks for the thought provoking question.