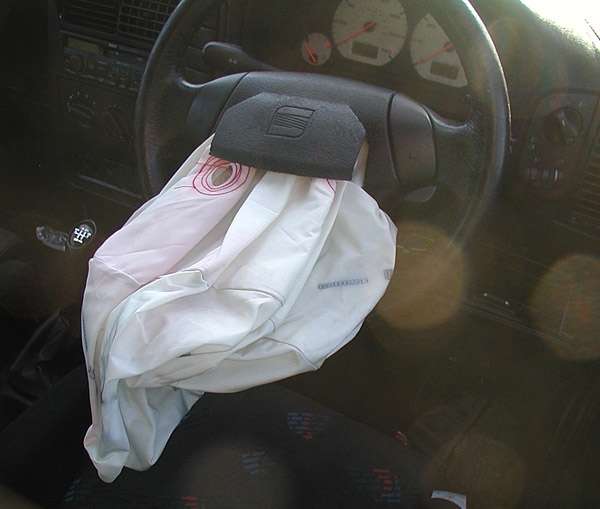 Imagine surviving a head-on collision just to be killed or grievously injured by a malfunctioning airbag system. Takata Corporation is responsible for 7 million airbag related recalls worldwide. Perhaps it's time for Honda to fire Takata Corporation in the name of safety and reputation.
Advertisement

Once again a Tokyo, Japan headquartered Takata Corporation malfunctioning airbagsystem has prompted Toyota to recall 2.3 million vehicles world-wide.Today we recieved advanced notification of a pending massive recall by Honda. Again, directly related to Takata’s faulty and possibly explosive airbag-system. We believe that it may be time for Honda to fire Takata.

No corporation is too big to fail and Takata Corporation, the Japan and Germany headquartered worldwide producer of steering wheels, interior trims, airbag systems and automotive electronics is not the exception to the rule. Last week Toyota, the world’s largest manufacturer of cars and trucks recalled an estimated 2.3 (worldwide) cars and trucks; 766,300 located in North America, due to the detection of an unspecified number of possibly lethal exploding airbag inflators.

As reported Saturday by Reuters and wallstreetcheatsheat.com, "according to an unidentified news source"(hate it) Honda will announce yet another massive airbag system related recall, the second in less than 12 months.

We don’t anticipate that the pending recall will include the totally redesigned 2015 Fit. But who know?

Unfortunately our favorite North American auto manufacturer has been plagued by numerous airbag-system recalls since 2008, all, thanks to faulty Takata Corporation components.

Last weekend, we received several inquiries from our readers asking if their 2014Honda Accord, Civic or CR-Z would be included in Honda’s latest recall action ? As of this posting we have no idea as to what Honda brands and variants will be recalled. The Toyota recall affects both cars and trucks, reaching back to 2004. Hopefully this will not be the case with Honda.

Look for an announcement from Honda late in June.

Earlier in the year Torque News reported on an airbag-systems related recall involving the Honda Odyssey minivan. At that time(according to Honda) there had been no faulty airbag related injuries.

So how is that possible and why is Takata the largest first- line suppliers of airbag systems in the world?

Takata Plastics with 35,000 employees and manufacturing facilities worldwide is best positioned to provide the airbag system in your made in Mexico 2015 Fit. Or, manufactured in Ohio 2014 Honda Accord. And they are without exception the most cost effective(cheapest) supplier of the airbag-system.

Automotive manufacturing is a numbers $ game.

It may be time for Honda to consider letting Takata Corporation go; take the manufacturing and distributing of the airbag-system in-house if you must. We believe as Honda’s founder did. Honda has a longstanding and honored responsibility to provide safe and reliable transportation to the customer.

Panasonic Updates Profit Forecast, Noting How Much Tesla Batteries Help The Jump
2022 Porsche 911 GT3 Laps Nurburgring in 7:04 With Journalist Behind The Wheel
END_OF_DOCUMENT_TOKEN_TO_BE_REPLACED