What if you could view the New York International Auto Show from the air? Today I was toying with the idea of attending 2017 NYIAS, and ran across this very cool video.
Advertisement

Walking the multiple building expanse of a major auto show is exhausting. We do it as auto journalist more for the one on one meet and greet opportunity that comes with attending new major brand model roll outs, and segment busting concept introductions. My home show is Los Angeles, with well over 1,000,000 square feet of pavilion floor, meeting rooms, and outside demonstration track, 3-days in Los Angeles, Detroit, Chicago, or New York, is a well earned learning experience. For me, well worth it. I love this cars!.

The evolution of the automobile is my crack! It's not unusual for an automotive journalist to spend an hour or more at a Chrysler/Dodge new model reveal, then transition over to Volvo, for the latest news and technical updates on segment leading safety and near autonomous drive capabilities. And then there's the over the top world of Bentley, Jaguar, Mercedes Benz and other premium marks. It's a bit much to take in over a 2-day press show. I spend a week in the seat with the segment setting 2017 Volvo S90 T6 sedan. Stunning! 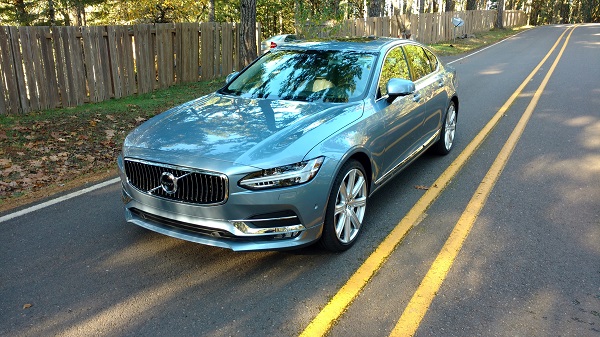 Now, you can catch a show-wide review in minutes thanks to the relatively new advent of the financially attainable civilian indoor camera donning drone.

And with it will come new model reveals by domestic and import manufacturers as well as connectivity conferences, breakthroughs in autonomous driving technology, pay-by-car conveniences and the continued car-share buzz that rocks the automotive industry today.

Check out the drone flown and photographed video produced by NYIAS. It truly gives one a preview of the audio and visual sensory bombardment that is the International Car Show Circuit.Find more information on 2017 NYIAS here.