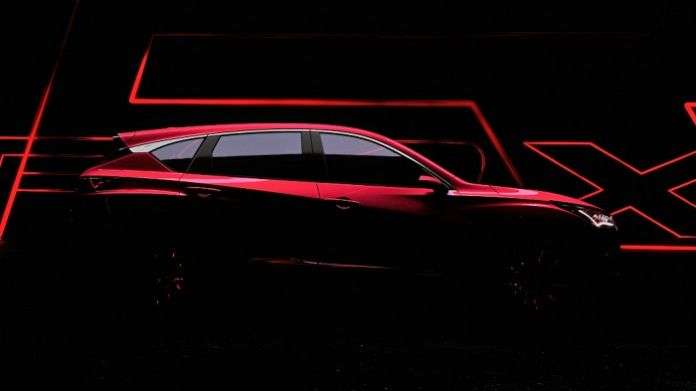 If a picture says 1000 words, what does a video tell us? Acura takes the wraps off of the remake of my favorite personal driver, I couldn’t be happier. With an educated eye, what do we learn from Acura’s teaser?
Advertisement

Getting down to it: Acura’s RDX Prototype reveals a bold new design direction for Honda’s luxury brand’s second best selling vehicle. The third generation Acura RDX will be, according to Honda News, the most extensive Acura redesign in a decade. That’s a very heady statement, as I reflect over the Acura cars, crossovers, and SUVs driven here at Torque News over the past 4 years or so.

I’ll assume that Acura P.R. is leaving the 2nd generation NSX out of the comment line, certainly the greatest reinvention of any offering in Acura history. Well, actually, NSX is a tires-up redo. So, with that said, what do we learn from Acura’s RDX Concept video, and reading between the lines of the news release, as to new possible specs and added value features?

One can see it in the RDX pre-production prototype's sweeping roof-hatch, to rear quarter panel window line. The design group that penned RDX goes for the jugular of Lexus RX350. Although the Lexus 2-row is a bit larger, it certainly runs in the market path of RDX -- Acura’s best selling, and only, premium 2-row crossover, and then there’s Audi and BMW. RDX will retain the price advantage in this segment.

I appreciate the integration of the Precision Performance Concept Car derived bodyline, diamond pentagon grill, and lighting. RDX Concept takes a rather boxy RDX 2-row into the future, while visually promising a refined, powerful, drive and ride experience.

For model year 2019, RDX comes to market with a bit less “truckiness” as demanded by consumers buying in the compact/midsize crossover segment. RDX Concept pictures in the tease photo reveal an overall morphing of the performance sedan or coupe line into the crossover platform -- a chunky widetrack is complimented by a new, larger wheel design, lower body works, front and rear cowling, dual exhaust treatments and more. In the photo’s RDX looks quick standing still, very cool!

Knowing that the outgoing RDX is manufactured on a Honda CR-V platform,(Acura promises an exclusive RDX platform for 2019) and that the soon to arrive 2019 Civic Insight will roll off of the CR-V production line, it wouldn’t be much of a stretch to make the assumption that an RDX Sport Hybrid option will be offered for 2019.

Let’s take my prediction a step further: With Honda phasing out the iconic 3.5 Liter V6 engine, the only engine available in the current RDX, I believe that the 3rd generation RDX will be powered by a 2.0L turbocharged VTEC engine, as found in Honda Accord, and Civic Type-R. Of Course, Acura will work its proprietary magic on the RDX mill, tuned for high-torque crossover dutty. Owners will realize greater fuel efficiency and broad torque band improvements in 2019 RDX. look for RDX to break the 30 mpg crossover highway barrier.

No more dual-screen centrestack for 2019 RDX

Looking to the interior concept images, I note the first application of Acura’s next generation Precision Performance Cockpit, as first experienced by me at the 2016 L.A. Auto Show. RDX promises to be the most tech-advanced, driver to car connectivity interface in Honda history. Me, I hope it proves to be intuitive in its operation, voice recognition, and ease of personal electronic device pairing. It looks good! Looking to the transmission, I note that Acura RDX goes the way of MDX and TLX and RLX.

All transmission controls, drive modes, and parking brake will be electronic button, or toggle activated. I further predict the option of 2 transmissions, two engines, and a hybrid option for RDX. I’ll stop short of predicting a PHEV (plug in hybrid vehicle) option for RDX -- it’s a price-point concern.

Real-Time all-wheel-drive, or SH-AWD for RDX

I can’t pull that rabbit out of a hat. However, SH-AWD as offered on MDX, TLX, and RDX, may come in one form or another to RDX for 2019. I believe that method of all weather traction would be dependent on the availability of a hybrid option for RDX.