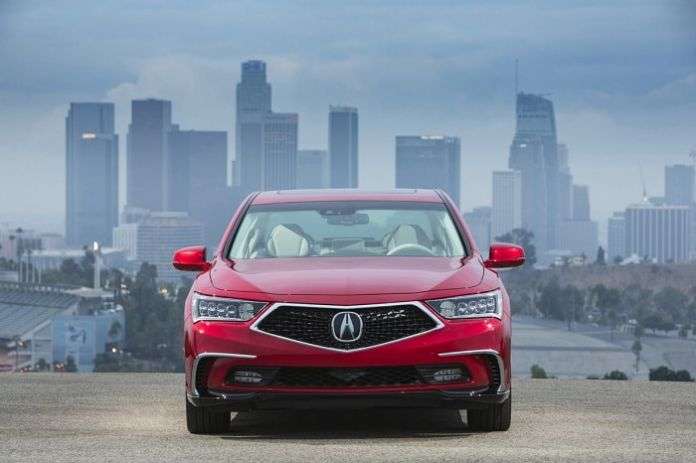 Much more than a pretty new grill and taillights, 2018 Acura RLX Sport Hybrid tames the streets of Los Angeles.
Advertisement

Let’s get down to it: 2018 Acura RLX brings a very unique look to the executive class sedan segment. Either you’ll appreciate Acura’s new found Precision Performance Grill or you won’t. Me, I like the new look, especially the very cool headlight and taillight design. Previously, I’d experienced Acura RLX on the roads of San Francisco and on an extended road trip to the California Redwoods. Yet there it sat in front of me at L.A.X., a brand new 2018 RLX Sport Hybrid, and it was ours for the week.

The roads and freeways of Los Angeles is no place for the timid driver. Well advised caution, and at times, unbridled drive aggression, is called for as the nation's worst traffic snarl unfolds in the windshield and rearview mirror of 2018 Acura RLX Sport Hybrid.

RLX represents the pinnacle of what Acura refers to as Precision Performance Engineering. On more than one occasion, the exceptional maneuverability and instant-on acceleration that is RLX would prove invaluable in dealing with the mayhem that is driving from Los Angeles International to Downtown Los Angeles at midday. We would experience no fewer than 6 “close calls!” The near autonomous driver assist systems standard equipped in RLX saved my proverbial ass, to the point of self applying the brakes at one juncture.

RLX was the car that began the mainstream integration of near autonomous driver assist technologies for Honda, a company that pioneered many active safety features through road and track testing in Japan, and real-world trials here in the United States. 4 years prior, while transitioning Bay Area Traffic north of San Francisco, an earlier generation equipped RLX worked it’s accident avoidance magic in heavy work day traffic, I was sold on RLX.

Acura RLX was the first car to demonstrate full autonomy on an 8 mile beltway loop around urban Detroit back in 2014 -- that was a lifetime ago in auto -tech development years. Today, RLX remains the primary hands-free guinea pig conveyance for autonomous drive and accident avoidance technology at Honda’s east Bay Area GoMentum testing station, a former 5,000 acre military base.

Yet as good as RLX was back in the day, consumers wanted more, they got it

The early rendition of Acura’s flagship RLX was and remains a formidable 4 door sedan of near full size car stature. Yet consumers have been slow in embracing Acura’s approach to minimalist, yet premium design cues as presented in Acura RLX. Despite what I consider to be a tech-rich, measurable drive performance bargain, RLX hasn’t sold well in the United States. Granted, there had been an availability issue in the past, more specifically, the manufactured in Japan RLX Sport Hybrid largely vanished from production in 2015. 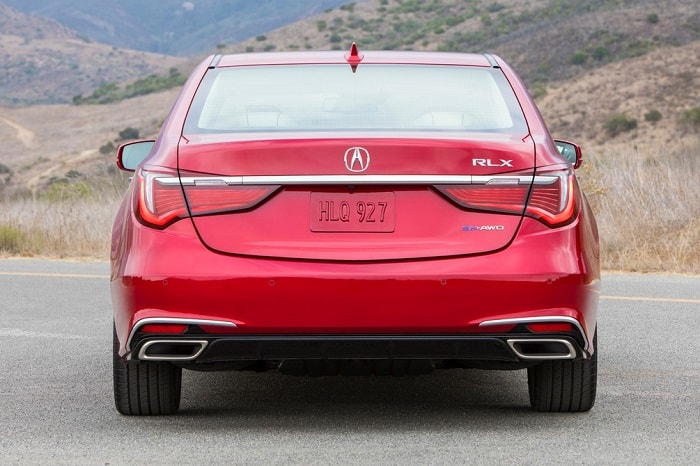 Japan’s Tsunami and subsequent nuclear disaster took its toll on Honda production, and, according to my insider sources, the availability of battery modules further impacted the manufacturing and availability of RLX Sport Hybrids. That scenario took a turn sometime in 2016 -- although RLX Sport Hybrid remains a rarity at most Acura dealerships. Acura intends to change that scenario in 2018.

As Acura detractors argue the market viability of a 4 door premium executive car in today’s crossover, SUV dominated new car market, I’m reminded by Honda’s Jeff Conrad and other major brand auto executives that America’s sedan segment still accounts for no less than 44% of new car sales. With the resurgence of Lincoln Continental, the reinvented Honda Accord, and Toyota Camry, earning press and consumer accolaids, near full size sedans are a hotter commodity than one might think.

Not every new car buyer or Acura fan wants or needs an Acura MDX Sport Hybrid SUV, or can justify the price-point and limitations of Acura NSX, a supercar that shares technology and several drivetrain components with the visually redesigned and mechanically, tech-improved Acura RLX. This is where Acura’s flagship answers the call for a premium sedan offering with sport-driving-attitude. Living large, while maneuvering through inner city and freeway traffic with ease and agility is what RLX does best.

RLX no nonsense driver to car connectivity becomes rather intuitive within minutes of entering the quietest cabin in the segment. Finding that perfect seating position takes seconds on the path to a very invigorating, yet controlled launch, followed by ease of steering wheel control, and a natural break feel and road to steering wheel feedback.

It's those little details that set Acura RLX styling apart from the mainstream premium segment sedan. I appreciate the auto-artistic meld of wood grained inlays meet brushed metals and supple leather surfaces throughout. The RLX visual is inspiring and measurably impressive. Personal electronic connectivity and hands free phone pairing is effortlessly accommodated with RLX, complete with a handy between the front seat bin storage, charging and connectivity ports.

Here’s the thing: Acura RLX like most Honda brand cars and light trucks come to market with a split personality. I could write volumes as to RLX refinement, quiet, and civilized road manors -- what you see with RLX is what you get. A non-nonsense executive car carrying its own, very unique brand of posh to a segment dominated by Acura, BMW, Mercedes and a handful of domestic brands. 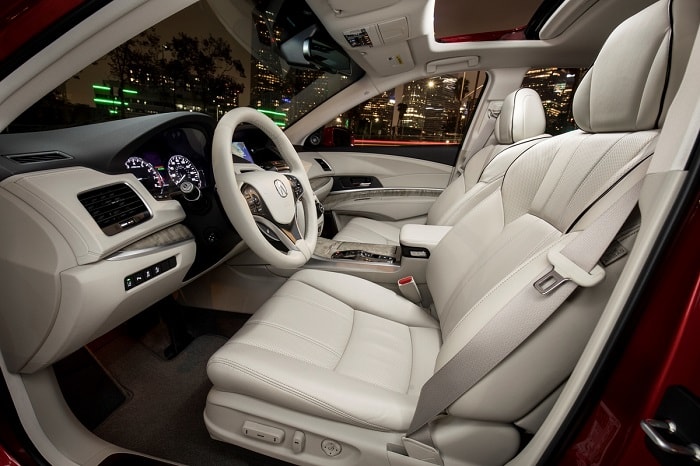 Yet none of the aforementioned beat RLX value when weighing fuel efficiency, pricepoint, and driveline technology.

Acura RLX has the price advantage over the Europeans with a beginning MSRP of $54,900 to $64,900 * Sport Hybrid w/Advance Package. Furthermore, I’d venture to say after maneuvering RLX Sport Hybrid through the snarled, stop and go mess that is L.A. traffic, RLX maneuvers in and out of traffic, into tight parking spots, while avoiding cross-traffic, jackass’s more like a midsize sport sedan than an executive class limousine .RLX is slippery -- it’s ride dynamic, pot hole absorbing, soft, yet controlled. I like RLX, and recommend a trest drive to anyone considering the lease or purchase of a premium, full size 4 door sedan. 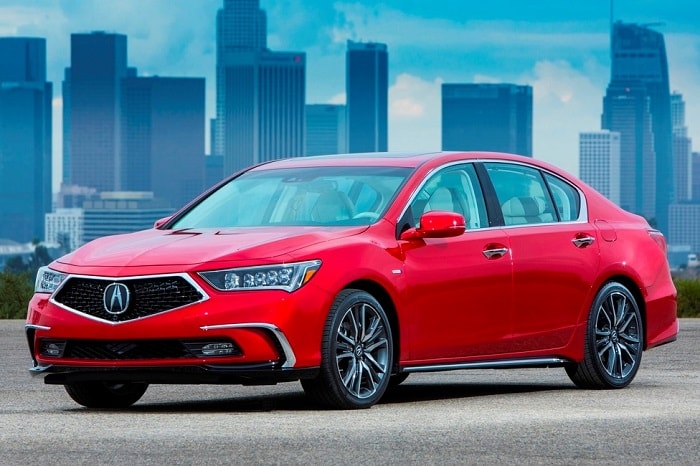 Long a pioneer in gasoline /electric automotive hybrid technology and mainstream applications of accident avoidance and electronic driver assist. Acura’s RLX Sport Hybrid epitomizes the future-forward positioning of electrification in the reinvention of the personal conveyance. Me, I’ll take my RLX electrified thank you.

Parks McCants is featured internationally through Green Car Journal and Torque News. He welcomes your thought provoking comments here. Please comment down bellow and share this article to your favorite social media outlet.

DS wrote on December 19, 2017 - 8:30am Permalink
"Acura RLX is largely carried forward from 2017 with the edition of Apple Carplay, and Google Auto. For the personal electronic connectivity obsessed, RLX offers plenty of connectivity and charge ports, and, as I recall, a cordless cell phone charging dock. Acura integrates one of the last thumb roll smart wheel volume controls, I love it." --- Are you sure this is the RLX or TLX. All other reviews and the Acura site do not mention Apple Carplay or Google Auto being available. "Its Napa leather trimmed infinitely adjustable driver’s seat is perhaps the best in the class, and yes, that’s real wood, accenting the well proportioned, ergonomically correct cabin." Are you sure? All other reviews have stated the RLX has fake wood, whereas the MDX is real. Otherwise a nice article.
Parks McCants wrote on December 19, 2017 - 11:05am Permalink
Thank you DS for the the thorough read. I'll confirm with Acura. In the mean time I've dropped back and edited out the questionable details. Cheers! Have you had the opportunity to drive RLX, Your thoughts?
Parks McCants wrote on February 25, 2018 - 12:57pm Permalink
Right you are DS. Acura RLX moves into the new year with an updated Acura Watch, Aha smartphone connectivity enabling texting, music screening and more,