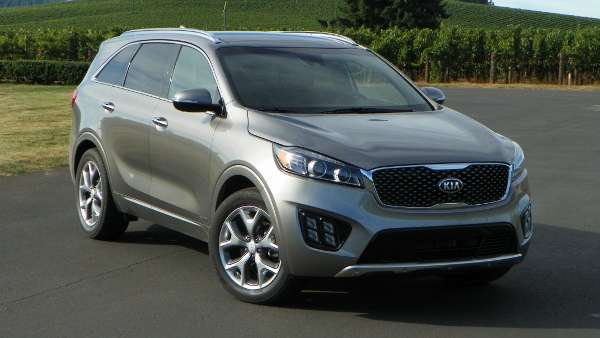 Forget everything you may think you know about Kia quality, or the lack of it. 2016 Kia Sorento SXL AWD SUV, may be the best looking, best driving SUV in north America, while quashing a misconception or two. Kia Sorento SUV gives the 'Big Dogs' of the automotive world a run for the money.
Advertisement

The surprise that is Sorento begins when one opens the drivers door.

A very sophisticated interior fit and finish is just the beginning of the embodiment that is arguably the most sophisticated sports-utility in Kia’s history. Granted, with an MSRP of $45,095 as tested, Kia Sorento sits in good company, with Acura, BMW, Cadillac, Lexus, and other domestic and import makers vying for supremacy in automotive’s fastest growing segment. So, of course we demand a quality ride from Sorento. Presenting premium class fit and finish,Torque News was not disappointed! Last week we experienced Kia Soul EV, an exceptionally well built and appointed electric powered 5 door hatchback. This week, we experience a surprisingly refined midsize SUV with performance car-like handling, where and when you need it. In North America SUV is king, and Kia is vying for a significant piece of that market. After driving 2016 Kia Sorento on the back roads of western Oregon, We believe that Kia Sorento may be one of if not the most underrated midsize premium SUV available in the U.S. today.

Our test vehicle shows 12,000+ miles on the odometer, has been driven by many automotive journalist under various road and terrain conditions for several months, and remains as “tight” as the day it rolled off of the assembly line, not a squeak, not a rattle, very impressive! O.K. , there's a bit of an exhaust growl noted, but it grows on you.

A lot of premium SUV for the money While Sorento Turbo may not possess the drive-by-wire acceleration and paddle shifting of 2016 Acura MDX, it comes off of the showroom for for $10,000 less, and still delivers a rather premium ride and drive experience.

O.K., it’s not an MDX, RDX or even a fully loaded Cadillac SRX, but you wouldn’t know it by looking at it. For the price of admission, we believe Kia Sorento to be a relative bargain. After driving one for a week, we know it is. When married to Kia’s effective yet simple select-shift 6 speed automatic, and torque vectoring all-wheel-drive with center differential locker, Kia Sorento travels as well off the road as it does on the pavement.

A controlled ‘float’ if you will, we like that. When Kia tells you that Sorento AWD can go almost anywhere, you can believe it, we tested it, and it came out shining! After driving Kia Sorento for a week, we've concluded that this midsize premium SUV is a 'sleeper' when it comes to performance and exceptional utility.