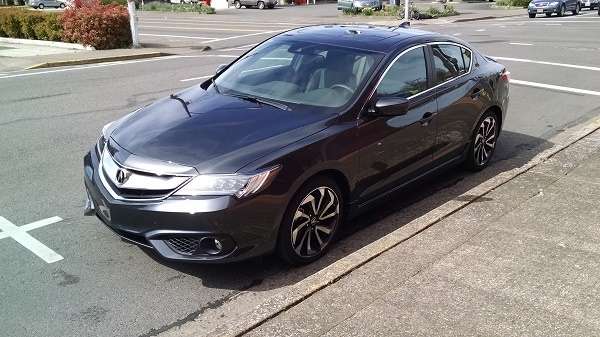 In a recent article, our friends at Detroit News wrote as to how 2016 Civic may soon take the momentum out of 2016 ILX sales. Will the all new Accord Touring do the same to Acura TLX?
Advertisement

Perhaps, but truthfully, and this has been substantiated by Acura Public Relations and our dealership network, buyers looking to the Acura name rarely drop on over to the Honda lot and opt to purchase a down-line Honda car or truck.

We could leave the commentary at the side of the road as to up-brand similarities between Acura ILX and 2016 Civic, or 2016 TLX and the Accord Touring, but that wouldn’t make for much of a story. So let’s move on!

Granted , when we first experienced 2016 Acura ILX - A-SPEC, we did look to Civic EX-L and Civic Si sedan for a direct comparison, there was none. Although, 2015 Honda Civic proved to be a much refined and capable people mover, featuring some if not the greatest standard featured passive and active safety features in the compact car segment. Catch a preview of the all new 10th generation 2016 Honda Civic .

There's no mistaking the up-ticked Civic offering for the refinement and performance of Acura ILX.

For those Acura detractors we point to the 2017 ILX manifestation

While Detroit News contributor Henry Paine makes a valid point or two as to the possible impact the reinvented 2016 Honda Civic may have on near future 9th generation Civic based Acura ILX sales, we point to the scheduled all new world-compact-platformed Acura ILX, due to appear as a 2017 model sometime in 2016.

We further predict a near future 2.0 Liter turbo version of Acura’s best selling and only entry level sedan.

As noted by Acura Division and our friends at Kendel Auto Group, the majority of U.S. Acura enthusiasts have never manually shifted a transmission. Thus, the probability of a manual transmission Civic Si based Acura offering is most doubtful.

As race derived paddle shifted dual clutch 8 speed automated manual transmissions become the performance norm for Acura and other makers, we anticipate the same for the next generation Acura ILX.