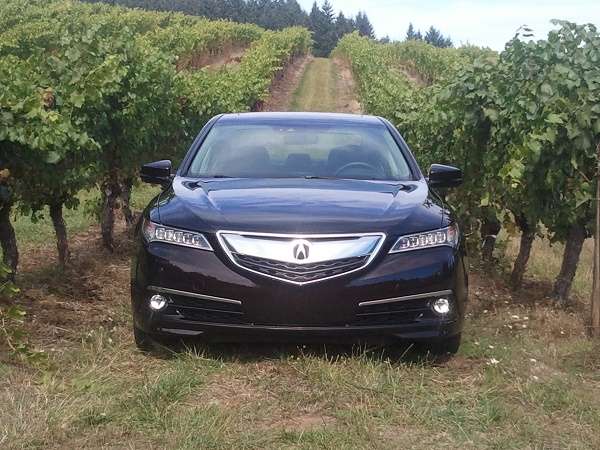 2016 Acura TLX may be most reliable sport sedan in U.S.

With only 2 recalls noted in Acura TLX history, 2016 is shaping up to be a recall-free year for Acura’s best selling, financially attainable, and award winning mechanically reliable premium sport sedan.
Advertisement

In this day of across the auto industry airbag product recall mania, and increased Honda-preventative product recall action; no matter how minor the issue may be, Acura TLX stands above the norm with a surprising lack of first year production run recall alerts issued for this stellar mid sized premium sports sedan. After 1,0000 miles in the seat, we love TLX!

With 35,000 TLX sedans sold to date, TLX returns for 2016 as what is referred to in the auto industry as a “carry over.” In other words, there are no changes of specification or performance numbers in the second full year of production for Acura’s best selling sedan. Hey, if it’s not broken, why fix it?

On the initial production run of this made in the U.S.A. Acura sports sedan, a number of TLX ( I believe 4,000 or so,) came off of the production line with a misapplied certification label. The implication here is the possibility of exceeding the gross weight capacity of the vehicle; easily remedied with a 30 minute friendly dealership service department visit. We’ve read little to nothing on our TLX owner’s forum as to problems associated with this recall.

This was the big one for 2015 TLX: According to Acura as reported through dealer service center reports, an unspecified number of 3.5 liter V6, 9 speed transmission equipped Acura TLX sports sedans, experienced a malfunctioning ‘park’ position failure in a number of Z 9 push button electronically shifted automatic transmissions.

The implied danger for owners here is one of possible ‘roll away’ from an assumed parked and e-braked position. Not good! We know of now death or injury accident specific to this recall.

According to our friends at Acura

We’ve read unsubstantiated reports of auto-stop related ‘jerking’ at intersections, harsh shifting patterns, and the occasional unexpected acceleration when transitioning to or from a stopped position. We attribute these reports (mostly) to the learning curve associated with the Z-9 automatic transmission. Note: when compared to a conventional 5 or 6 speed automatic transmission, the 9 speed may appear to be hyper-shifting or overshifting when transitioning through lower gears on surface streets.

Torque news encountered this shift behavior while driving the 2016 Acura MDX. Yet, after a few hours of driving, found the zero drop off in usable torque to be refreshing, and at times, downright exhilarating!

Acura TLX does not present a Big 3 luxury car ride

While there’s a measurable difference between what is now referred to in the auto industry as ‘luxury’ and ‘premium,’ 2016 Acura TLX falls solidly into the premium category, with uptick tech-driven technology, active safety and comfort features -- Acura style.

You won’t find any ‘float’ with TLX as to ride and handling characteristics. What future TLX owners will discover is a “driver”s sedan with room for 5, featuring Acura good looks, next generation technology, superior personal connectivity, and a performance driving experience generally reserved for those willing to write a check for Audi 6 or BMW 5 series. We like that.

Torque News anticipates 2016 Acura TLX to carry forward the reliability and sporting attitude of the Acura lineup, on the road to being Acura’s most popular and reliable car of this decade.