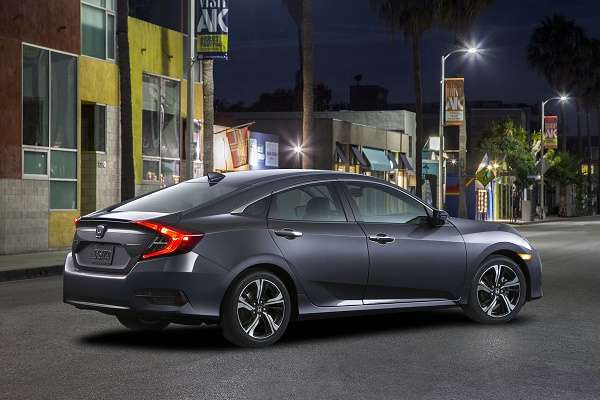 Despite a premature photo release and split body design review from our peers at Car&Driver, 2016 Honda Civic has earned a very positive initial review of its styling and engine upgrades from the auto enthusiast community at large; as it should. 2016 Honda Civic sedan has retained a great percentage of its concept-car body design.

How much can we write about a car that hasn’t hit the street?

We’re assured by Honda that 10th generation Civic will hit the road with 10 to 20% greater horsepower and improved fuel economy.The icing on the cake for Civic lovers will be a much improved ride and drive quality, with Honda holding Civic's MSRP within $200.00 of 2015 pricing. This is what we do know as too 2016 Honda Civic upgrades and specification.

The most popular car in American Honda history

With 30 million Civics produced worldwide, and 9 generations of innovation leading up to this 10th generation compact-global-platformed Civic, 2016 promises to be a great year for the best liked compact car among millennials, and the best selling (retail sales) compact in North America, 5 years running.

Getting past the public relations spin, the numbers have spoken. Civic alongside Accord will remain the sedan and coupe backbone of American Honda Motors. With a 5 door hatchback, Si and Civic Type-R promised not too long down the road, 2016 promises to be a Civic renaissance of sorts.

As Honda pushes Civic refinement, and variants into uncharted territories, we predict that Civic will continue to buck the SUV, crossover trend. Hey Honda, how about a Subaru fighting performance AWD Civic hatchback?