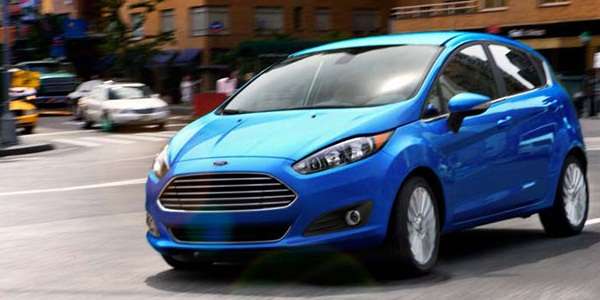 As New York is treated to the unveiling of the 2015 Ford Focus 1.0- liter EcoBoost, Torque News ponders the North American marketability of the World’s best selling small car.
Advertisement

We believe that the new and improved Focus will give Honda and Toyota a run for the money. Ford has taken the number # 1 selling small car on the planet and measurably improved it.

While most auto journalist stop short of congratulating Ford on what they consider to be a light cosmetic makeover, looking a bit closer, Torque News discovers true value hidden in the specification sheet of the 2015 Focus.

What we like: Although Ford has not released the msrp for the 2015 Focus, market conditions would dictate that the car retail for a few hundred dollars more than the 2014 line up.

With increased torque and horsepower specified across the line, a $17,000 entry level 5 door hatch will prove to be stiff competition for Honda Fit, Civic and Toyota Tercel.

As shared with us at the New York International Auto Show, new for 2015 is the 4 door sedan, Electric(plug in) and awarded winning 1.0 Liter EcoBoost. While a bit under-powered by most measure, the smallest member of Ford’s EcoBoost lineup achieves or surpasses the fuel economy of most gasoline/electric hybrids, while approaching near zero exhaust particulate emissions.

We’ll let Patrick Rall of Torque News tell you how Ford has developed an engine the size of a 12 pack that will revolutionize I.C. engine propulsion.

The EcoBoost achieves an average 44 mpg in the European Ford Fiesta.As the Focus outweighs the Fiesta by 375 lbs, we expect the Focus to break the 40 mpg barrier in 2015, making it more fuel efficient than a Civic Ex.

We like the aggressive styling of the 5 door hatch: The Bugatti-esq black out grill compliments the latest headlamp placement, running light, turning signals and lower intake cowling. The side line works well with the transcending slope of roof-line to the lift gate. Fords design has done a commendable job of incorporating the racing lines of a world class rally car with the utility of an everyday driver.

Taking a close look at the Focus we’re taken by an automotive art piece that visually pleases. From where we sit, the quality of interior materials, ergonomic placement of seating, gauges, dash mounted monitor, audio, fit and finish is on par with Honda. Ford's had a bit of practice here. Ford Focus is the number one selling small car in the world with 1.7 million units sold in 2013.

In our opinion Ford has outclassed Honda and Toyota in the design department, especially in the Hatchback variant.

The icing on the cake is the 2015 Focus ST. Scheduled to appear later in 2014, the ST will represent the greatest value in a performance 5 door hatchback. With an anticipated msrp under $25,000, the ST will offer horsepower, torque and handling performance comparable to that of a BMW 3 series; for a few dollars more than a Civic Coupe Si. Offering 250 hp and 270 ft-lb torque, Honda Civic Si can't touch Focus out of the box sports performance.

The verdicts still out on the Focus EV. With a stated 70+ miles of usable range between charges, the Focus EV will bump heads with BMW,Honda and Toyota in the segment, as all manufacturers struggle to develop Affordable long range EV s.

However, with a stated msrp of under $35,000, we can’t overlook the potential of the Focus EV.

Look for Ford to gain ground in the fastest growing segment in North America for 2015.