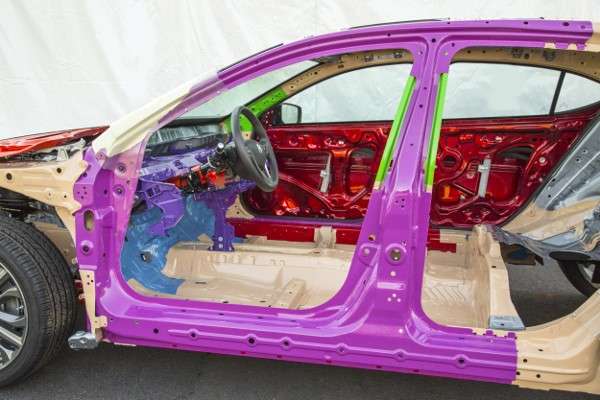 As automotive journalist we've all had that aha moment of realization when driving a new release for the first time. Today we look at why Acura TLX frame rigidity and safety is the most advanced in the segment.
Advertisement

One of the benefits of National Automotive Press Corp participation is sitting through ground-breaking and often inspirational presentations at the hands of Honda’s finest.

The 2015 Acura TLX roll out was a game changer and an eye-opener for me. Sure, I was happy to be lodged at West Virginia’s premier Equestrian Resort for a day or two, but that was just icing on the cake when the realization of what what Acura engineering has accomplished through TLX unfolded before me.

Acura TL is a great car, TLX is a game changer

Setting the much written about interior accommodations and sportitude power and handling characteristics of TLX aside for this article, it’s time to take a look at the foundation of TLX quiet and “ Flatitude”™; the frame assembly.

We spoke at length over what attributes set TLX apart from the herd. The list is long but when looking to an on display full size cutaway of TLX it becomes evident that the frame and passenger cage is ground zero for TLX development.

Acura engineering developed through TLX “a car we wanted to drive," the difference between TLX and the competition is measurable.

Greater frame rigidity has not only resulted in a superior flat trajectory when aggressively putting TLX through the paces, its resulted in little to no body flex and side roll, thus no discernible squeaks, tweaks, bumps or thunks.

By filling cavity voids in the lightweight body and frame, Acura has effectively reduced exterior noise transference through frame members. By implementing 60% advanced high strength materials into the manufacturing of the cage and crumple zones, Acura creates a more *nimble performance and premium feel," while insuring greater occupant safety.