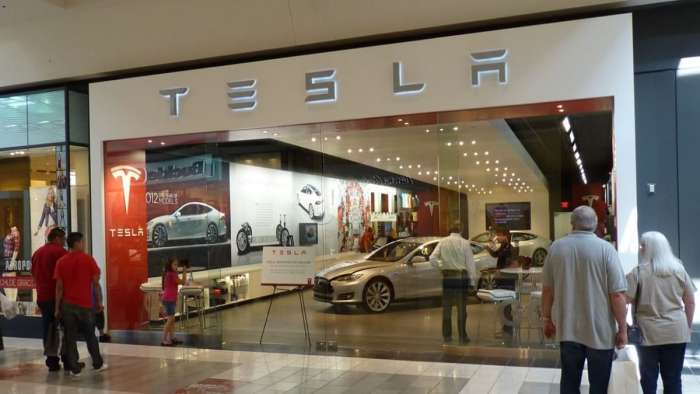 Why Tesla Is Moving Stores Out of Malls

Tesla is reducing its footprint of physical service center locations in fancy malls to more of a remote and retail center strategy, rumors say. What does this mean for Tesla and its customers? Let's find out.
Advertisement

Rumors and sources seem to point to Tesla removing its locations out of malls and making a major shift in how it will retail its cars. Tesla will look to have cheaper locations and manage delivery and service of its cars through delivery and repair centers.

Tesla Shifts Away From Malls

Tesla has full control over how its cars are sold to customers and how its cars are advertised. Tesla doesn't have to go through dealers to sell its cars, bypassing a lot of red tape. But I don't think this decision means Tesla has it all figured out. I think Tesla is trying to save money and see if they can become more efficient with selling cars.

Tesla focused on malls back in 2018, but with the change in the way things are evolving due to circumstances, I think Tesla is pivoting and deciding to try and become as mobile as possible.

Most people who buy a Tesla do so online and either have the car delivered to them, or go pick it up at a service center location. I think this move makes a lot of sense for Tesla - no need to show off cars at malls for an already high demand product.

Tesla has cut retail employees in the past, but I don't see this happening with the closing of locations in malls. Tesla is on a hiring frenzy and isn't under financial pressure like it used to be when it was first ramping up the Model 3.

Tesla will focus more on delivery and retail centers and have people who assist as "virtual agents" for people who are buying a Tesla vehicle.

This move makes a lot of sense and I currently have a Model 3 on order and have texting/phone call access to someone who is assisting me with my order. They have been very prompt and answering questions quickly. I like this approach and it makes things easy.

Tesla will continue to expand locations for service and delivery, but it doesn't make sense to spend the money for showrooms in a mall. Tesla has plenty of demand already and doesn't need to advertise.

Final Thoughts About Tesla Moving Out of Malls

Tesla is moving out of malls in order to save money and because Tesla doesn't need to advertise and attract more customers. They have a huge backlog of orders already and the backlog continues to grow larger and larger. A company like Lucid Motors will need fancy showrooms to spread the word initially.

Tesla will continue to need to manage delivery and service of its vehicles and will expand those physical locations, but do so as cheaply as possible. Tesla will have virtual agents who assist customers with orders of vehicles.

What do you think about Tesla's move out of malls? Is this the right thing for Tesla to do? Will Tesla ever go back to malls?

DeanMcManis wrote on July 28, 2021 - 9:44pm Permalink
I can understand cutting back on mall showrooms because Tesla manages good sales from the internet and good word of mouth recommendations. Plus Covid restrictions must have cut mall access considerably, especially with no in-car access or test drives available. But I don't think that Tesla should totally eliminate their showrooms because some people really want to see and check out new cars in person.