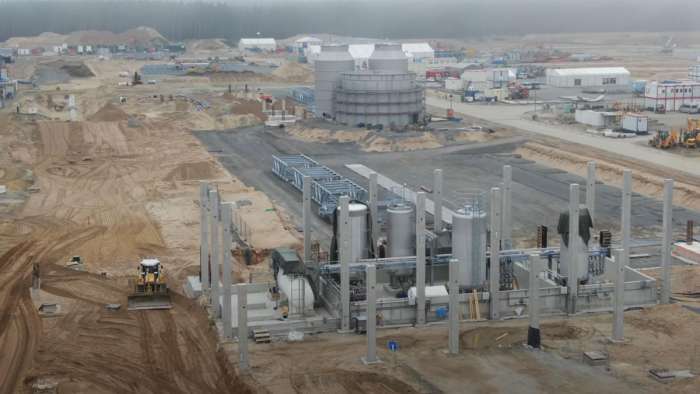 We have news that Tesla is investing billions of dollars in a battery factory near Giga Berlin with the hopes to get the factory producing 250 GWh of production. Tesla is using the same tactics as it did with Giga Berlin to try and get approval and speed up the process.
Advertisement

Tesla is making a very large investment in batteries for the development of this factory and the batteries within. Tesla is going to need these batteries in order to flood the European market with its vehicles.

Tesla is going to need all these battery cells for the Model Y which will be produced at Giga Berlin. Tesla may take some of these batteries and supplement other Giga factories with additional batteries.

Tesla could receive over $1 Billion in funding from the German government.

Tesla has applied to the state of Brandenburg for approval for battery production at the new factory for its batteries. These battery cells will be ancillary equipment for vehicle production. Tesla completely revised its application documents and submitted them to the Environment Ministry last Thursday.

Elon Musk has previously disclosed that Tesla plans to create 100 GWh of battery production, but this appears to be up to 250 GWh according to multiple sources now.

The cost of the factory is quite a large sum of money, but I believe as Tesla continues to increase revenue and profits, that $6 billion for a battery factory will be a drop in the bucket for Tesla and that we'll start to see more of these battery factories produced around the world.

What do you think of Tesla's new factory to produce batteries in Germany? Will it reach 250 GWh? How long will it take to complete the factory and reach volume battery production?