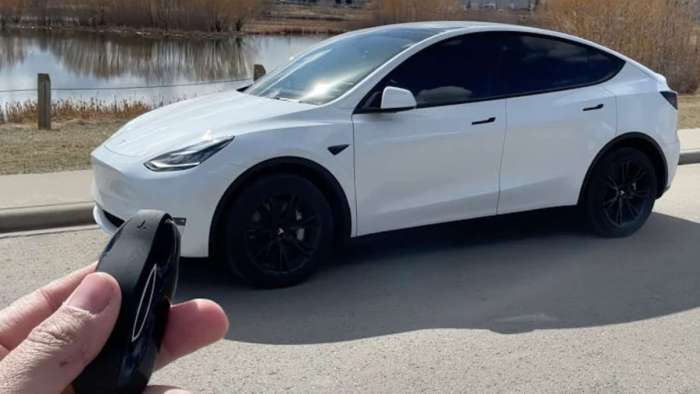 Tesla Experiences Outage, Shutting Down Apps and Features of Cars

Tesla recently experienced an outage, causing there to be an unavailability for features of its app and cars, along with not being able to get in the car using your phone. Elon Musk responded to this directly.
Advertisement

Transparency is king. I agree with what others said, please don't be hard on whoever caused this. The right step is what you are doing, putting measures in place to make sure it doesn't happen again.

It all started with this Tweet from a user who was saying they could not get into their Tesla vehicle like usual. In order to get in, the manual card had to be used.

I’m experiencing 500 server error to connect my @tesla Model 3 on my iOS app in Seoul, S.Korea. Seems like this is a worldwide issue. @elonmusk

After this Tweet, others starting responding saying they were having issues with their Tesla vehicle as well and that they were locked out with the Tesla app not responding.

There was a 500 Internal Server Error, which is an HTTP status code (of which there are hundreds of possible status codes). HTTP status codes tell you the response from another service you are trying to use - in this case, Tesla's service. A 500 means that something went wrong with the server you were trying to request and that the software isn't functioning in a way that is intended.

Other responded to this situation saying that this was a first world problem that people couldn't connect their fancy car with their phone. Another user said this was a big issue because Tesla needs to be able to be trusted to deliver reliable software and connections, especially with full self-driving (FSD). There needs to be 100% connectivity.

In Other News: CyberTruck Owner Gets a Text From Tesla Preparing For Delivery

Tesla is known for its over the air software updates and my first suspicion when seeing this error was that someone at Tesla did something similar to what happened to Facebook a few months ago. Some accidental change was made that messed up how the Tesla service was being routed to or changed the amount of logging happening.

What Was the Resolution

The good thing is that Elon Musk within minutes responded to this issue and said that he was looking into it. Within 5 hours after Elon said he was checking, he responded again to the original Tweet and said that everything should be coming back online and there there was an accidental increased verbosity of network traffic.

What does that mean in plain English? I will paraphrase a forum user, Kentix, who explained it much better than I can. His post is here.

Network verbosity is commonly used to troubleshoot networks. Many computer programs keep logs of things happening behind the scenes. It's like a play by play of what is happening with each software line of code. Often times, if you have trouble with a program, you will tell it to give you more detail about what is happening within the program. Different levels of verbosity can cause more or less to be logged.

Something within Tesla's logging was probably turned on to a verbose mode that logged a LOT of stuff. And that likely flooded Tesla's network causing people not to be able to reach their services to open their car or use features within the car.

To put it in even simpler terms, someone made it so that much more data was allowed on Tesla's network and it clogged everything up, kind of like allowing too much garbage and waste through the pipes in your home. You would get backed up and not be able to use the pipes and have to call a plumber.

I really like Elon Musk's engagement with customers via Twitter. I'm certain that Elon Musk is also engaging with employees and customers outside of Twitter as well. This is one of the things that sets Tesla apart from other companies, is their speed and agility in solving problems.

What do you think of Tesla experiencing an outage? Is this a black mark against FSD and robotaxi in the future? Will this issue happen again?

LG's New EV Battery Plant Is a Welcome News for Tesla
Tesla Giga Berlin's New Hurdle: It's Not Only the Gov't, but Now Tesla Itself
END_OF_DOCUMENT_TOKEN_TO_BE_REPLACED