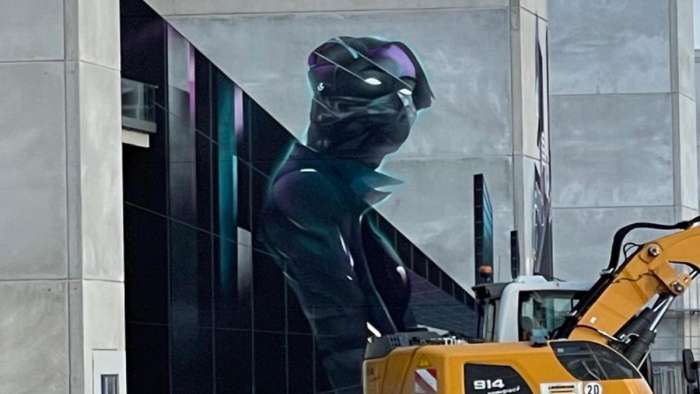 There's some mysterious epic Giga Berlin art for Tesla at its Germany factory. Let's take a look at what the art is!
Advertisement

We see some new pictures of art at Giga Berlin. This is an added layer of uniqueness to the Germany Giga factory and it could mean that production is just around the corner. Or it could mean that Tesla and its employees are twiddling their thumbs trying to stay busy while the final approval process is done.

This particular art pieces sort of looks like Elon Musk dressed with a mask and waring some kind of ear phones or earrings. The masked person is leaning up against a black wall. It's anybody's guess as to what building the black wall is referring to.

There are many users on Twitter speculating what this drawing is and who did it, along with whether other Giga factories would get this kind of art. In particular, Giga Texas is getting references multiple times with the question asking if it will have any kind of art like this. There's been no word on Giga Texas having any kind of art yet.

Giga Berlin will most likely produce the performance Model Y vehicle first in Giga Berlin and then eventually add on the long range and standard Model Y vehicles. No word on if the Cybertruck will make an appearance in Germany yet, but it seems like some version of it would make sense for Germany.

I expect to see Giga Berlin beginning production sometime in March of 2022 - though we have some reports that the signs are pointing to a mid February 2022 release. Once it begins production, we should see the factory ramp up quickly - probably than the 150,000 yearly run rate that Giga Shanghai did when it first opened. It'll be exciting to see what additional art gets created at Giga Berlin along with the inevitable opening date. 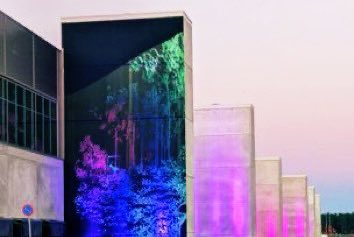 Who do you think made this art? Will there be more art to come? Is this a sign Giga Berlin is about to open?