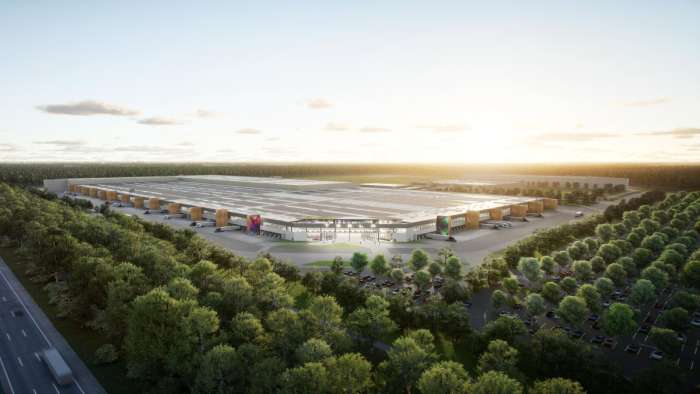 Germany still hasn't fully approved Giga Berlin for production and selling vehicles to customers. This is a black eye to Germany and Giga Berlin is complete and ready to go. So, why the hold up?
Advertisement

Tesla's giga factory in Berlin, Germany, has still not been fully approved. With the factory ready to produce vehicles for customers, this is a problem. Why would Germany delay Tesla's factory when it is ready to produce and deliver vehicles to customers?

Elon Musk and Tesla got Giga Berlin ready in about two years to produce and deliver vehicles to customers. There is a problem, however, and that is there is still no approval for it. The final approval is still pending... There will be far reaching consequences on the result of this approval.

One of the blockers to Giga Berlin opening was a complaint about water. Elon Musk, in an interview at Giga Berlin simply said that there is plenty of water everywhere and that was just totally wrong.

Elon Musk has said that everything would go quickly and that the first cars would roll off the assembly line in 2021. But this has not been the case. We now wait in anticipation to see if there will indeed be approval before the end of the year.

The fact that Giga Berlin was constructed so fast is a testament to the speed and innovation of Tesla. Most people are shocked that the factory was built in just two years and can now produce cars for customers. Construction of other buildings in Germany have taken decades to complete.

I think that Tesla is a disruptor to how Germany thinks overall. Germany moves slow and methodically and Tesla moves quickly and efficiently. If Elon were to go back in time a couple years, I'm sure he would pick a different country to build his factory in.

Tesla hasn't started mass production yet and it could start in just a few weeks with approval. Volume production won't be reached until the end of 2022 and then I would expect it to operate like Giga Shanghai and to have record breaking month after month.

If for some reason there are more delays with the approval for Giga Berlin, then it is going to give a very big black eye to Germany when a company that is innovating in clean energy is ready to bring that to Germany and Europe. Germany should not impede this progress.

What do you think about the delays with Giga Berlin? Is Giga Berlin going to be approved this year in 2021?

John Raymond Goetz wrote on December 13, 2021 - 2:31pm Permalink
"the factory have plenty of space " grammar much ?
Shawn Wade wrote on January 6, 2022 - 4:38pm Permalink
I hope the people start fighting the German government if they delay this one day longer. This is now become political and they are purposely holding up this company from making money and saving the world. The unions and other car companies are trying to stop them using politics.
David Murray wrote on January 8, 2022 - 11:28am Permalink
If it was my choice Id be loading up my robots, equipment, tools, lighting, and say,,, "see you later" yes it would be a HUGE loss, but enough should be enough!