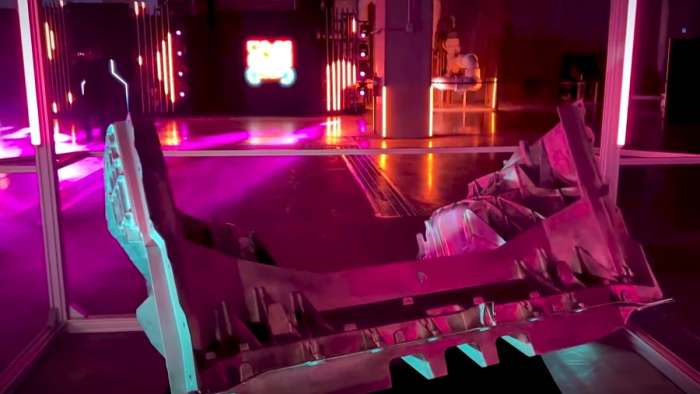 Sandy Munro had some things to say at Tesla's Cyber Rodeo event, mostly how great the engineering was and that nobody is going to be able to catch up. Let's go over it now.
Advertisement

Tesla is accelerating its lead over other auto makers and it is going to be virtually impossible for anybody to come up with manufacturing techniques and something that is going to be as cost efficient and have as many features and performance as a Tesla vehicle. Let's go over what Sandy Munro, a vehicle architect, had to say about Cyber Rodeo.

Tesla is clobbering everybody else. It's going to be impossible for someone to come up with something that is less hours per vehicle. I love good engineering. How can anyone catch up and get better when it comes to Tesla?

Sandy showed a front and rear casting for a Tesla vehicle. He said it's going to be near impossible for anyone else to come up with something like this. Sandy knows what he is saying, having worked in the auto industry for so long.

Sandy mentioned the brilliance associated with the casting and how the seat risers and battery packs were integrated. He loves good engineering and you can hear the excitement in his voice. He was also excited about seeing cameras as mirrors and that it was the original design for the Model S. And Tesla only did mirrors because of the U.S. government.

It's clearly better to use a camera with better technology and functionality than a mirror. Sandy showed clear frustration about the rules regarding mirrors on cars. He looked inside the car frames and loved the engineering.

The Minimum Number of Parts

All the bits and pieces that you would normally have in a car are shown hanging at the top of a Model Y casting. Think of all the mistakes that can happen when you have to weld that many things together. There can be twists and turns when you do something that way.

When you have a casting - it's one piece without variation. There are a few bars of aluminum used to make that casting. This one piece casting is made perfectly over time and nobody has to touch it and involve human manual labor. This is giving Tesla a huge lead over others - simply because Tesla asked if there is a better way to manufacture parts.

All that extra stuff that has to be done with people and robots gets a whole lot smaller and a whole lot higher quality by using single castings. Sandy doesn't think anyone is going to catch up to Tesla...

Tesla has a stated goal for the first page of Model Y production at Giga Texas. This is 500,000 Model Y vehicles. But that doesn't include the robotaxi vehicle, Tesla semi, Cybertruck, Tesla Bot, and any other future products. Giga Shanghai is almost at 1 million, twice their stated production goals. Tesla is likely sandbagging their numbers :).

Tesla has a large lead and Sandy Munro can see it clearly - is there anyone else that can compete with Tesla? Will Tesla always be #1?