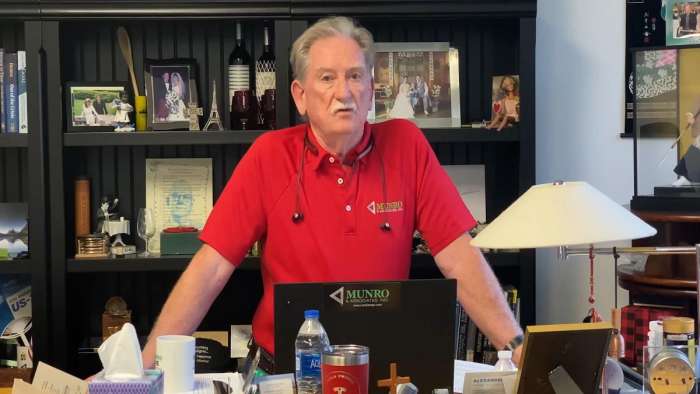 Sandy Munro Lays the Smackdown in Defense of Tesla

Sandy Munro recently released a video rant talking about the poor treatment Tesla has received at the hands of the U.S. government. Of note was a Tesla investigation that was done the same day that Tesla said full self-driving will make things safer for everyone.
Advertisement

Sandy Munro recently went on a rant in defense of Tesla and its treatment by the U.S. government as well as a plea to stop coddling the legacy auto makers. I will paraphrase most of what Sandy said in this article.

Sandy Munro does not like the way the U.S. country is being ran by its government.

Recently, Tesla had an AI Day and showed off its full self-driving system (FSD). Sandy was able to take a drive in California that he thought was very impressive and he did another with DirtyTesla, who let him sit in his car and drive around.

When Sandy was in the car, they were in city streets making 60 and 120 degree turns. Doing these turns under 40 miles per hour and in normal driving conditions is a big deal. It proves that you have something that is AI (artificial intelligence).

Tesla is also developing chips with billions of contact points. The chips defy imagination. One tiny chip could take the place of any major computer that was developed in the early 2000's.

These types of advancements will save lives.

A Movement to Try and Stop Advancement by Tesla

There seems to be a movement to try and stop advancements in AI and FSD.

In 2018, the U.S. fire departments responded to 212,500 ICE (internal combustion engine or gasoline) vehicle fires. 560 people died in those fires. That's just in 2018. There were virtually no electric vehicle fires. Sandy got these numbers with David Welsh from Bloomberg.

There were fires with the Chevy Bolt and Tesla vehicles as well. An electric vehicle can catch on fire. But it isn't easy to do - you almost have to do it on purpose in a reckless event or not be thinking safely. Gasoline is far more dangerous and flammable than an electric vehicle and its battery.

Tesla talks about how much safer it is going to be for self driving. That same day, NHTSA decides to investigate Tesla for car fires. Is that a coincidence? Was there some kind of plan or collaboration or problem there?

That same day, congress decided to investigate Tesla as well. Sandy doesn't know why these two groups would do this and it is too coincidental for him.

Tesla is a True U.S. Company

Tesla is a true U.S. company. It is based in the United States of America. If you decide to buy a Tesla Model 3, Model Y, Model S, a Roadster - any Tesla vehicle - it is made right in the U.S.

For some reason, Congress decides to investigate Tesla for wrong doings along with NHTSA...

Are there any companies close to Tesla's FSD that will save countless lives? There are in China.

If we continue to slow Tesla down with investigations and problems, what is going to happen? Who is going to help the U.S. innovate? Will it be the legacy auto makers?

Sandy says the legacy auto makers are far behind Tesla and the U.S. government is trying to make everything a level playing field - a medal of participation. This upsets Sandy a lot.

China is creating systems right now that are better than the U.S. legacy auto makers and the U.S. is crushing innovation from Tesla, the only source of American ingenuity.

The U.S. government should back off of Tesla and stick to what it knows best and that is not industry. Sandy is tired of the U.S. government coddling companies that have made big mistakes and that everyone is going after Tesla. America is great because of innovation.

Sandy recommends contacting your political representatives and that their contact information is easy to get, such as an email.

Sandy is not a Tesla fanatic. He is very real and will call things exactly as they are.

What do you think of Sandy Munro's rant? Is he correct? Is Tesla being targeted unnecessarily?

Mark wrote on August 25, 2021 - 9:09pm Permalink
Tesla is not being picked on. They are victims of their own boasting about FSD. As for fires, sure the incidence is low but the opponents of EVs (Not just Tesla) quack about them and politicians will grab at anything that gets attention. More importantly, the industry needs to assure the public that EVs are safe. The US government is not singling out Tesla. Please note that Tesla benefits from environmental policies that few can access. They were also recipients of a loan from the government when investors were too cowardly to put up their own money. This article and Munro’s complaints are based on defensive readings the hard environment that is auto manufacturing. The governments that ARE picking on Tesla are those like Texas that prohibit sales by Tesla despite the jobs Tesla brings and the taxes they pay. The government did not stop them from building the Gigafactory in Reno even though battery manufacture is environmentally fraught. There are exactly no barriers to Tesla except where local pols choose to curry favor with local donors.
mike mulrooney wrote on August 25, 2021 - 9:55pm Permalink
The US government is jealous of Elon Musk. He is intelligent and smart whereas they are dim witted cowards. They fear him and that makes them dangerous. Many are very elderly and should be out enjoying their final days instead. They are trying to do a Preston Tucker on Elon.
Mr. Happy wrote on August 26, 2021 - 1:34am Permalink
Thank you for supporting Tesla. Glad you're part of the team!
Billc wrote on August 29, 2021 - 2:32pm Permalink
The big 3 have a chokehold on state legislatures. The best way to help EV production and sales is to change who we vote for. Vote for candidates who understand the climate really is a huge crisis and wants to maximize EV production and sales, regardless who is producing them and Tesla will do very well, as it should

Tesla Contemplates A New Strategy for China Retail even As Sales Boom
Jay Leno on Elon Musk & EVs: “I Think He Should Get ... Credit"
END_OF_DOCUMENT_TOKEN_TO_BE_REPLACED